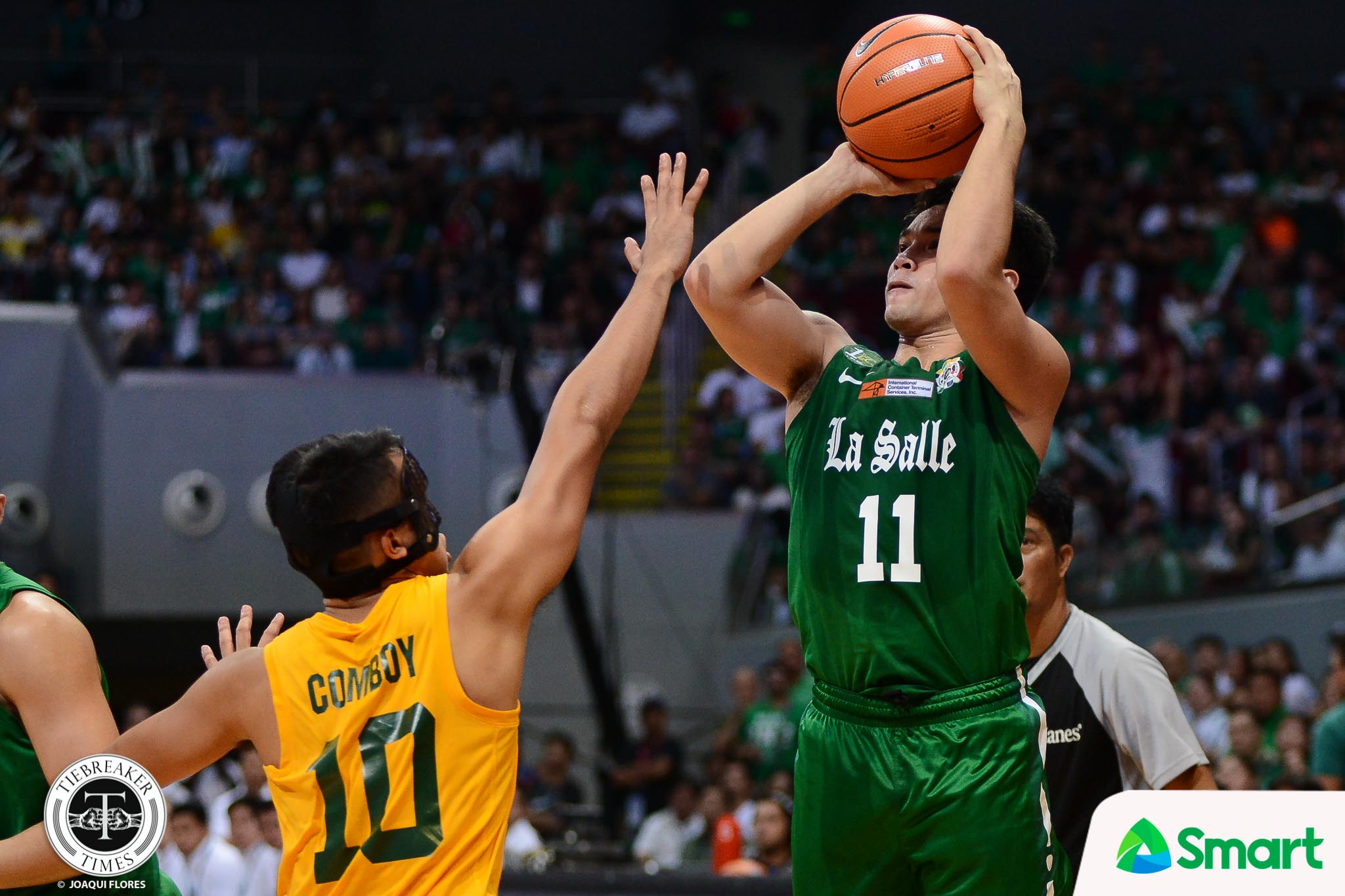 In a sport of giants, it’s always a sight to behold when diminutive athletes dominate in basketball

Five-foot-ten point guard Aljun Melecio did that to the Far Eastern University Tamaraws in their UAAP Season 80 opener.

Melecio uncorked three after three and sliced his way into the lane. By the end of the game, the smallest guy on the court had a career-high 29 points and had led the Green Archers to a 95-90 win.

The sophomore insisted that his scoring came in the rhythm of his role within the Green Archers’ “Mayhem” system.

Still, the Bukidnon-native acknowldeged that he has a long way to go with his game. For now, Melecio wants to develop more as a playmaker and find the best shot in every possession.

And, despite coming away with the win, Melecio is looking forward to when the Green Archers begin to play better.