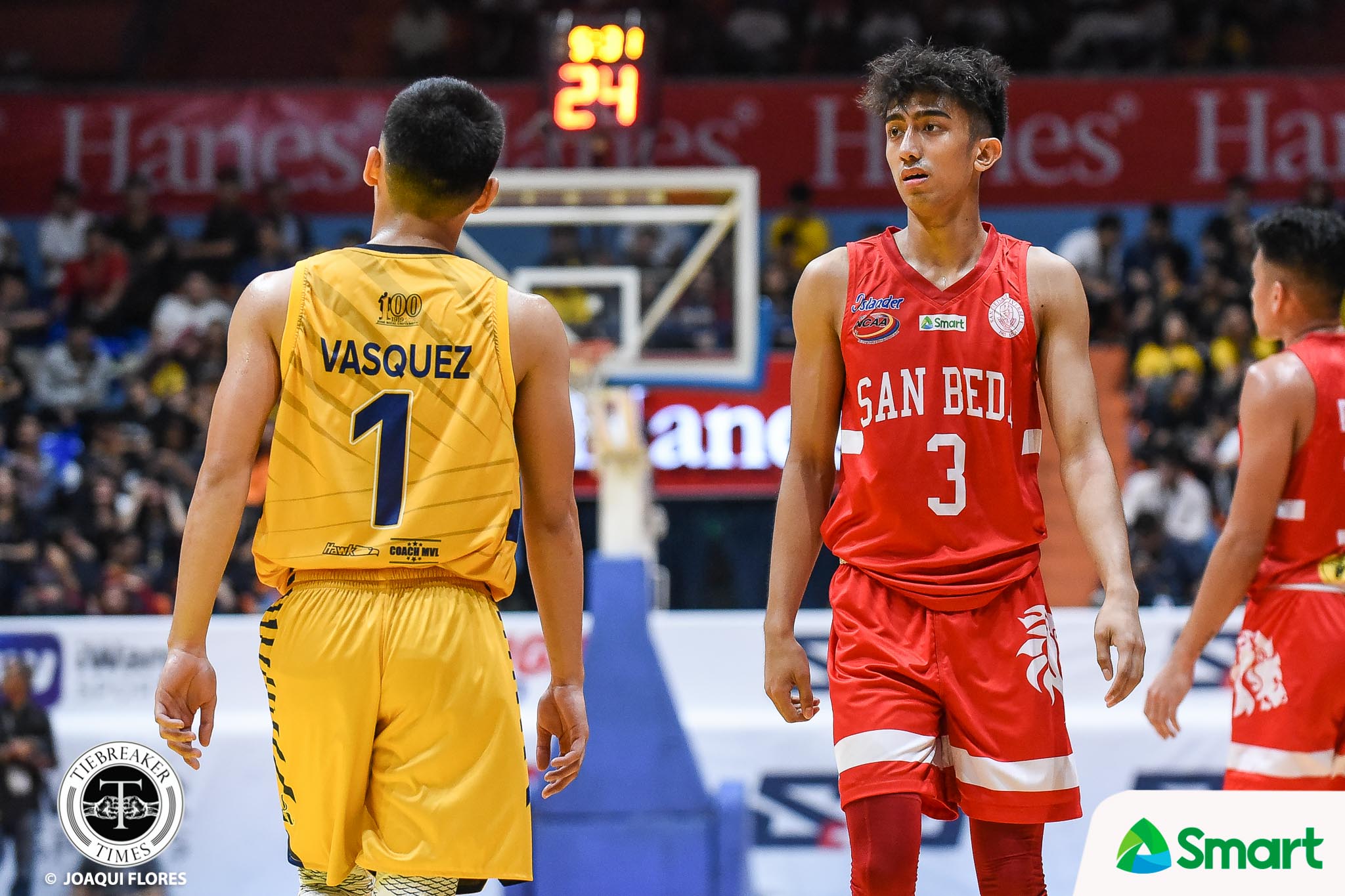 With the graduation of Robert Bolick, young Evan Nelle has been tasked to lead the San Beda Red Lions in their quest for a four-peat.

And the 20-year-old floor general showed San Beda how calm and collected he can be even if he is struggling, Friday afternoon.

In the first half, the San Beda lifer could not find the bucket, going 0-of-4 from the field. But seeing his teammates shoot the lights out, the 5-foot-11 guard decided to just defer to his teammates.

By the end of the first 20 minutes of action, Nelle had already amassed 11 assists. It made decorated head coach Boyet Fernandez think that it will be a record-setting night for Nelle.

“We were missing shots.”

“When my teammates are making their shots, mas madali magcreate. May malilibre at malilibre talaga,” added Nelle.

Nelle though ended up with just three more dimes in the second half for a total of 14 assists — two assists shy of matching Jio Jalalon’s high of 16 assists he set four years ago. Moreover, he was able to steer San Beda to a 74-52 win over the Arellano Chiefs to collect their second straight win.

Though he was not able to at least match the feat, Nelle was just glad to do his role for San Beda saying, “It’s a privilege to be a starter for San Beda. It’s kind of a big deal. Pasalamat ako kay coach na pinagkakatiwalaan niya ako.

“I’m putting in the work naman.”

Seeing the vision Nelle has on the court, Fernandez, himself a PBA champion guard, believes that good things are in store for his point guard. He knows that one day, Nelle can be one of the greats.

“One day, he’ll be one of the best point guards in college and hopefully in the PBA. He’s good. He has to bulk up a bit, payat lang.”

Janisa Johnson rallies error-prone Petro Gazz: ‘We’re upset but it’s not over yet’