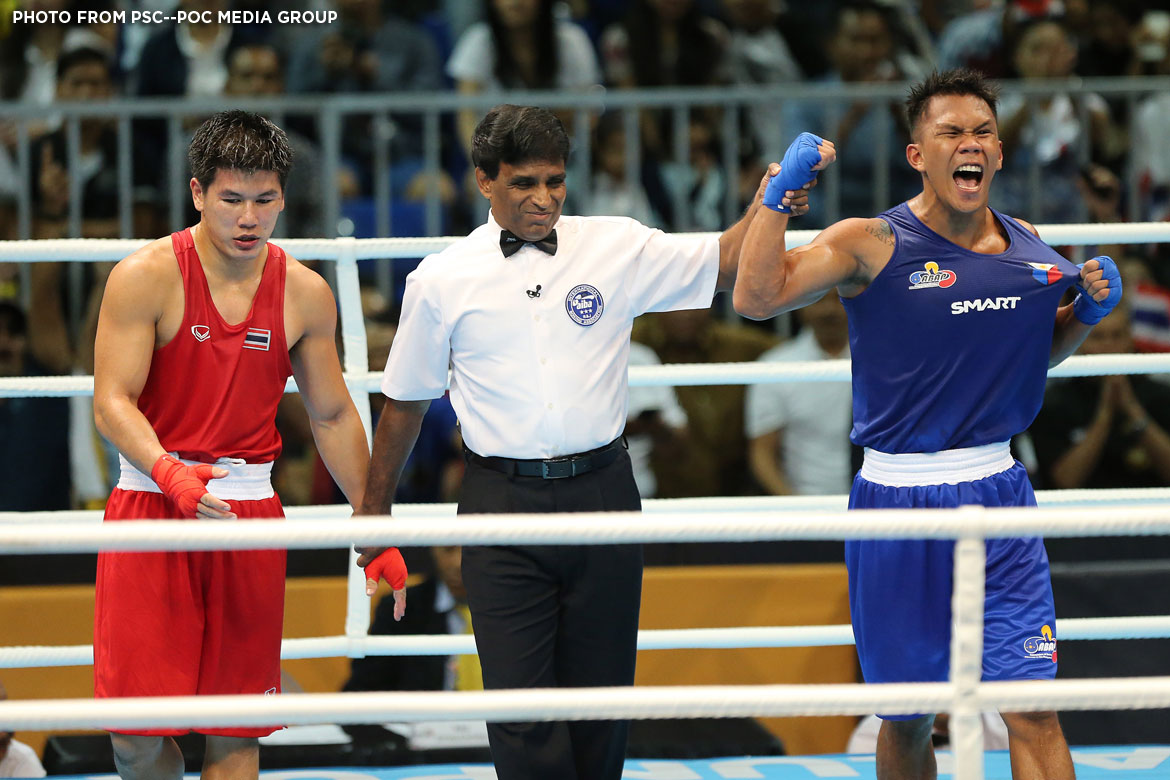 After an uneventful first three days that only saw one of their own advance, Eumir Marcial and Carlo Paalam took down their opponents in the light flyweight and middleweight division respectively, Monday at the JIExpo – Hall C in Jakarta.

Paalam fought with the savvy of a potential medalist, beating Chinese Taipei’s Tu Powei in a men’s light flyweight fight at the Jakarta International Expo.

The 20-year-old Paalam, a pride of San Isidro in Bulkidnon, dominated all three rounds to advance to Wednesday’s quarterfinals, where he will face Temirtas Zhussupov of Kazakshtan.

Later in the evening, Marcial blasted Ng Kuon Kun of Macao in the second round of their bout.

The two-time SEA Games gold medalist was dominant in the second round, knocking down Ng before going for the kill later on.

The match was stopped at two minutes and nine seconds of the second round.

Together with Flyweight Rogen Ladon the duo look to keep the country’s hopes in boxing afloat.