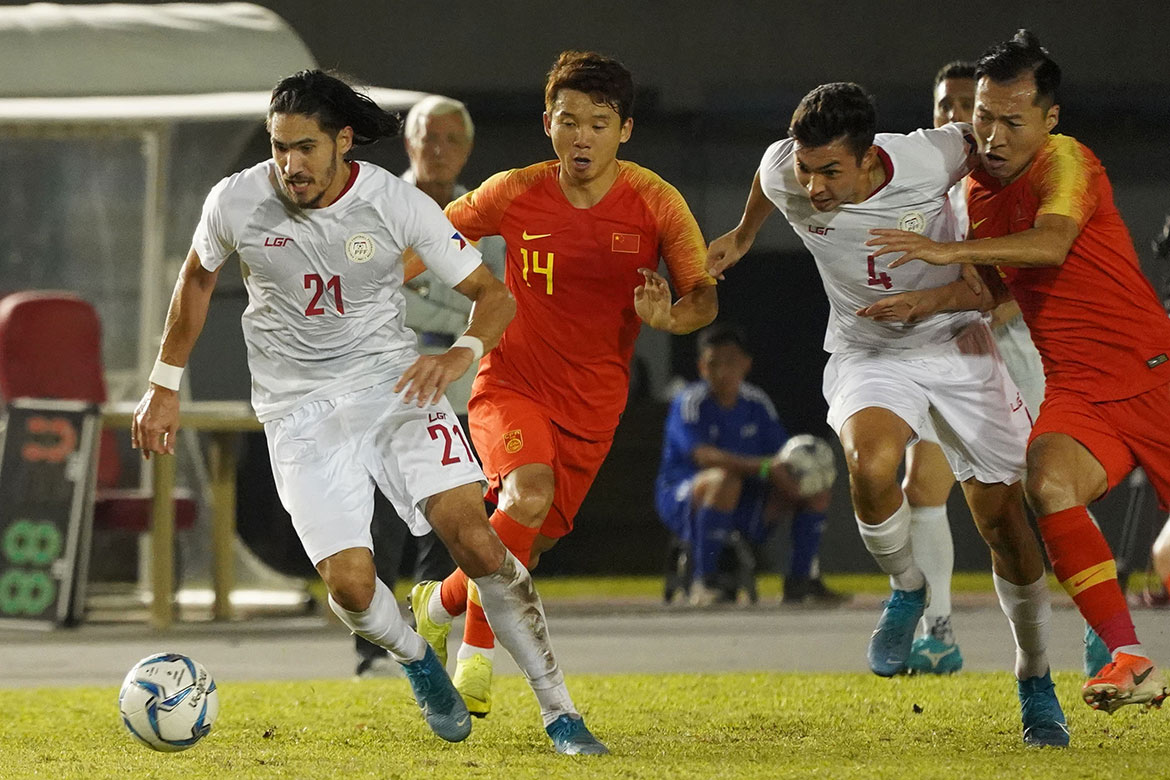 Unlike the last game that saw Syria ransack them on home soil, there was no such debacle this time around for Philippine Men’s National Football Team.

Capped by a top-class save by veteran stopper Neil Etheridge, the Philippines put in a fantastic defensive performance to seal a 0-0 draw against China, Tuesday evening at the Panaad Stadium in Bacolod City.

The result elevates the Filipinos’ points tally to 4 points in Group A of their 2022 FIFA World Cup/2023 AFC Asian Cup joint qualification campaign.

“Every player from the bench throughout the week has been unbelievable. My team talk before the game was ‘There are 11 players on the field. We’ve earned the shirt (and) there are nine players begging to get on the field’. Obviously we didn’t get the win, but I think it was a well-deserved point at home,” said the Cardiff City number one.

Up against a continental neighbor that is ranked 59 places higher in the latest FIFA World Rankings, the Philippines understandably made it a point to tighten up in defense to stifle the Chinese attack.

Etheridge was a busy man in the first half, as he was forced to make routine stops to deny strikes from Wu Xi, Yang Xu and Ai Kesen. Beforehand, though, the Philippines’ tormentor in the 2019 AFC Asian Cup, Wu Lei, had a good sniff at goal. Fortunately, it only went over the bar after a good demonstration of technique.

In contrast, Etheridge’s counterpart, Yan Junling, had a relatively easy first 45 minutes. Shots from the likes of Daisuke Sato, Mark Hartmann, and Martin Steuble failed to hit the target.

Come the second half, China raised its intensity and went all guns blazing for the win. In from of 2,928 fans, the away side had chance after chance to break Filipino hearts. Still, the home team seemed blessed with a mixture of luck and good defending, as only long-range efforts from Hartmann tested Yan Junling.

Wu Lei then uncharacteristically missed a point-blank shot that should have sealed the win. Etheridge also managed to pull off a stunning save to deny midfielder Hao Junmin deep into stoppage time.

Up next for the Philippines is an away trip against the Maldives on November 14, 2019, with kickoff time stated at 7:00 PM.