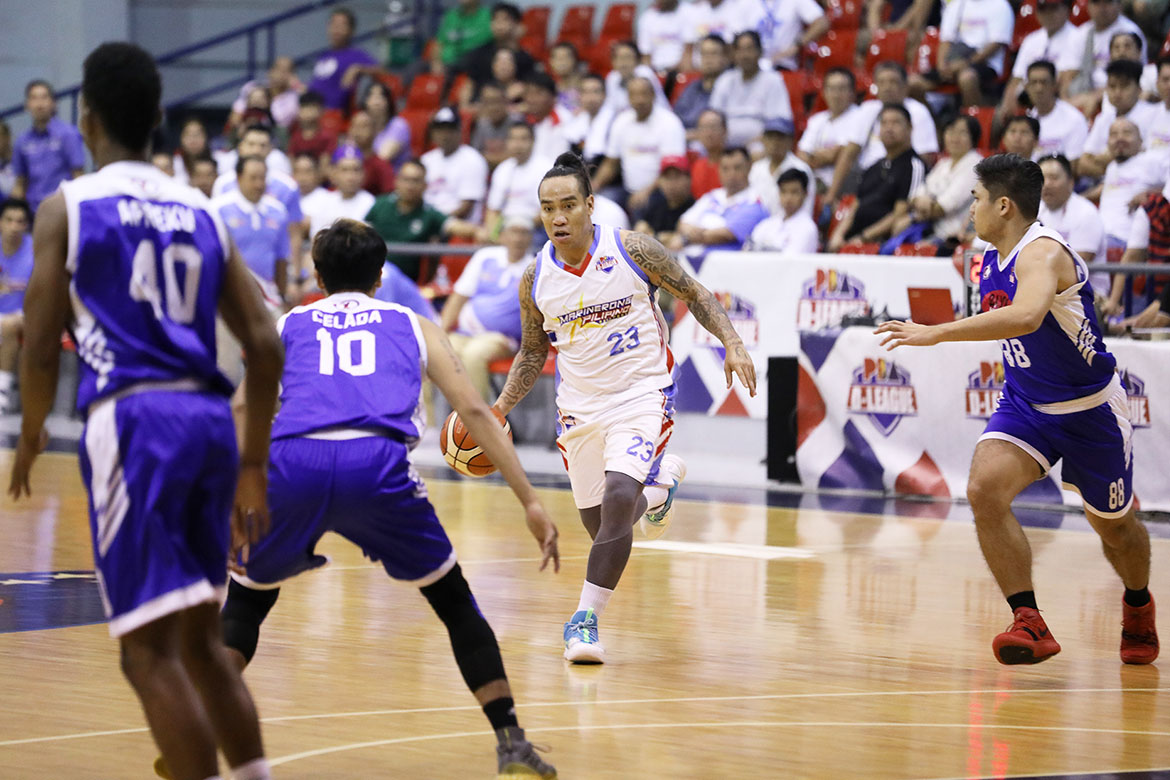 Eloy Poligrates waxed hot with his 5-of-8 shooting from rainbow country, as he powered the Skippers with 17 points, five rebounds, and four assists.

The Cebuano showman’s hot-shooting paved the way for Marinerong Pilipino to snag sole leadership in Group A at 4-0. One of their wins comes from the sudden pullout of Nailtalk-Savio in the developmental ranks.

“Masaya kami, lalo na yung management,” said coach Yong Garcia, who now sets his eyes on locking up a top-two finish ahead of the quarterfinals.

Things are just about to get harder for the Skippers, however, with a killer schedule against iWalk and CEU up next.

James Martinez led Asia’s Lashes (2-2) with 13 points on a 3-of-6 shooting clip from threes. Meanwhile, Jeson Delfinado had nine points and four rebounds in the losing cause.