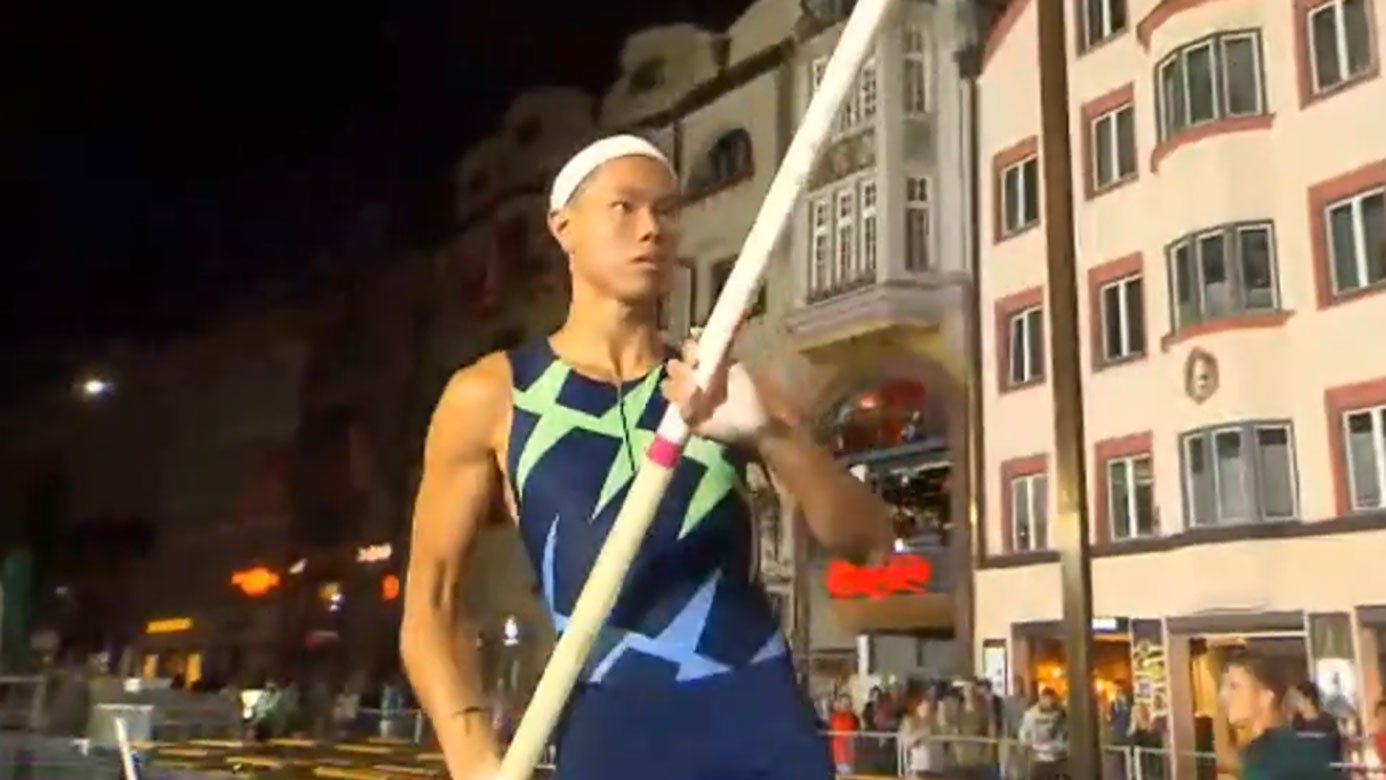 EJ Obiena was due in his final attempt at 5.40 m when the organizers of the Golden Roof Challenge 2020 called the event off due to inclement weather, Sunday morning (Philippine time) in Innsbruck, Austria.

After his run in the Januzk Kusocinski Memorial two weeks ago where he ended up in fifth place went begging, his elite athletics camp head coach Vitaliy Petrov accompanied him this time in the former Olympic city.

Nonetheless, heavy rains hampered the performances of Obiena and the rest of the field which included Kusocinski bronze medalist Menno Vloon of Netherlands and Greece ace Kostantinos Filippidis.

Obiena hardly cleared 5.10 meters, eventually taking it on his third and final attempt.

The Tokyo-Olympics bound pole vaulter then went on to register 5.30 after just a single try, putting him in a more comfortable position.

Vloon and USA’s Matt Ludwig took the lead at 5.40, putting the reigning Asian champion under pressure to join them at the top.

Obiena missed on his first two attempts before the organizers decided not to finish the event.

The 24-year-old will next compete at the 59th Ostrava Golden Spike in the Czech Republic on September 8.