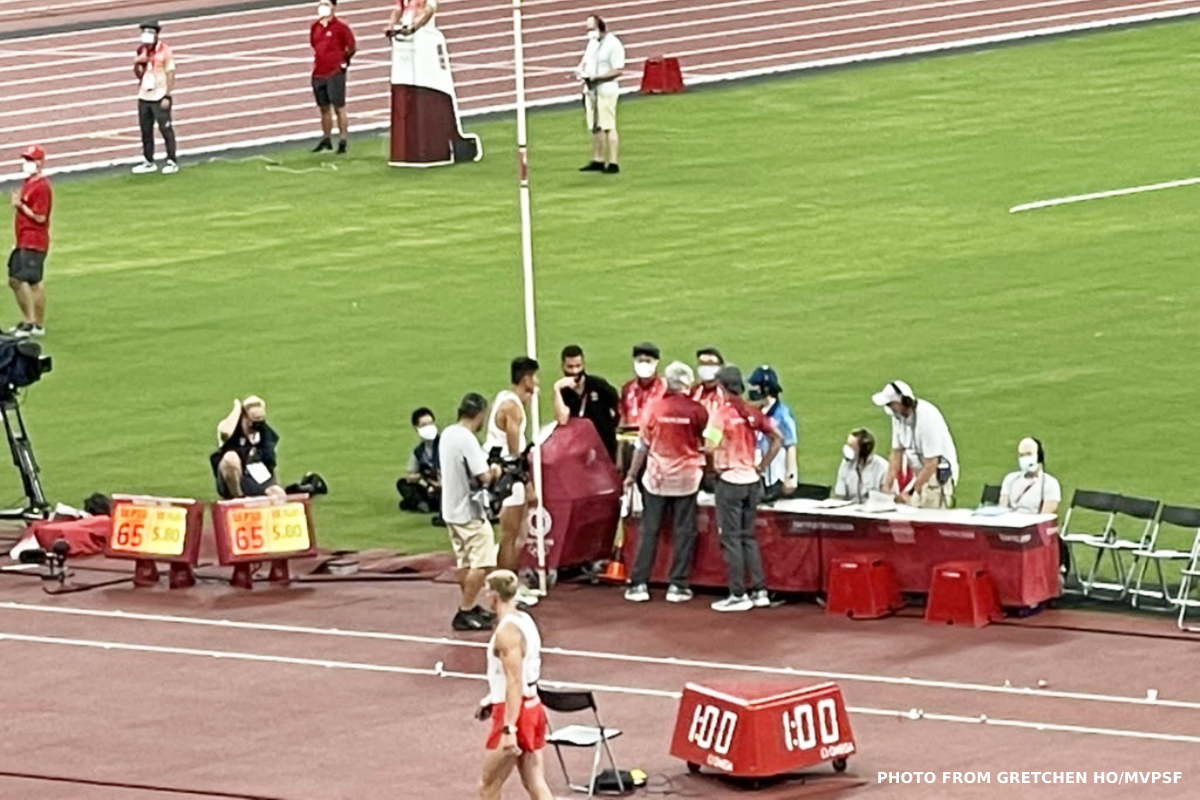 More than his determination and fine showing despite the finish, one thing stood out on EJ Obiena’s first-ever stint in last Tuesday’s men’s pole vault Olympic final.

The 25-year-old second-generation pole vaulter had to tell the officials that the uprights were moving on his third attempt at the 5.80-meter mark, but he had to still make the jump as the clock was still running.

And for that, many people applauded Obiena for speaking up for things that are within the rules.

The University of Santo Tomas product shared that it was not in his nature before. He simply developed that sense of assertiveness along the way.

He shared during a press conference by the Philippine Athletics Track and Field Association, “I’ve been raised to be a timid kind of guy, but I’ve always believed that if I’m in the right place or I truly believe I’m right, I’d fight for it. That’s basically just what I did.

“It just so happened that it’s an Olympic final and it got a spotlight and got the attention. But I do it every single day.”

Obiena pleaded his case to the officials and stated what happened with composure, but still in a convincing way. Eventually, the officials took into account his case and he was given another go at the said height.

“If I truly believe I’m right, I would always talk but in a good manner.

“I just say this is my perspective. I would want to see it but hopefully, you would understand it and I would want to fight for it. This is what I believe in. It’s truly, deep inside, this is right. That’s basically what I did,” he continued.

For that, Obiena earned praise from people, with admiration rampant on social media. And for that, the second-generation athlete was happy to get his message across.

“I’m very happy that people look up or praise my actions. I believe everybody should be able to do that.

“It doesn’t matter what your status is. If you are a manager, you are a clerk, you are the sanitary personnel, you should be able to confide and be able to speak your thoughts. I’m not saying to disrespect the order. Iba ‘yung disrespect the order or hierarchy of the positions. But if you truly believe you are right, there is always a right way to explain it and there is always a right way to fight for it,” he said.

Obiena believes that what he has shown live on worldwide television (and on all streaming platforms, in this case) would serve as an example for everyone to stand up for what is right and just.

” I believe everybody should do it.”

After setting a new Asian record less than 24 hours ago, EJ Obiena once more ended strong with a fourth-place finish in the 100th...

With things going well as planned and as executed, EJ Obiena finally rewrote the Asian record books. The 25-year-old Olympian has staked his claim...

EJ Obiena ended his campaign in the Diamond League with a fourth-place finish off a 5.83-meter clearance, Friday (Manila time) at the Stadion Letzigrund...

EJ Obiena bounced back once more and ended with 5.80 meters en route to a share of second place in the pole vault event...

EJ Obiena missed on a point in this leg, but nonetheless held on to qualify to the 2021 Wanda Diamond League final, Saturday morning...

EJ Obiena registered his best-ever performance, smashing his own national record with a new mark of 5.91 meters, en route to finishing second in...