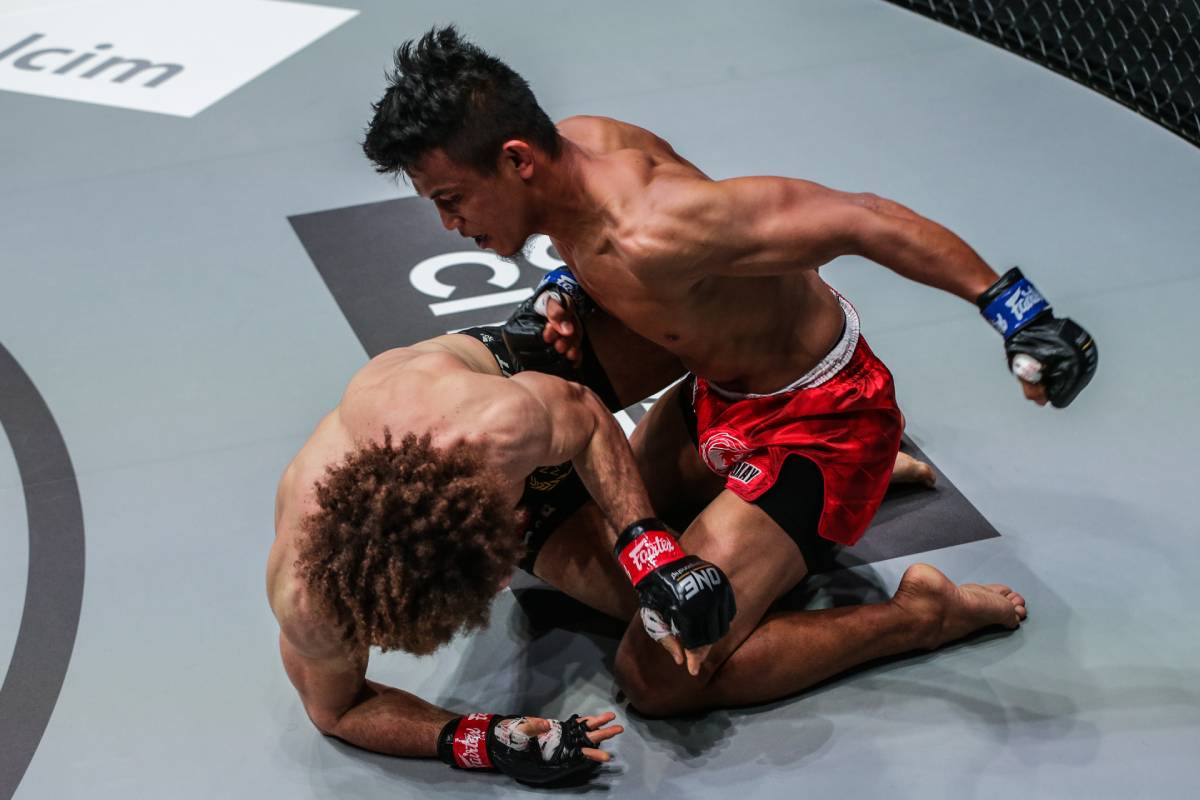 Edward “The Ferocious” Kelly was just too tough for the highly-touted Ahmed “The Prince” Faress to crack in the latter’s debut.

Kelly took on everything Faress threw at him, before finishing strong to take a hard-earned split-decision win at the previously-recorded ONE: FULL BLAST, which aired Friday evening.

Promising to win at all costs, Kelly stayed true to that word. He survived an early rocking in the match and almost being choked out in the second.

The match actually started in a surprising manner. The Egyptian caught Kelly with a quick right hook, which momentarily sent the Team Lakay veteran to the mat. The 37-year-old sprung back up — and maybe to add more surprise to the match, he ducked under a Faress kick and countered with a takedown.

Taking down a guy with 13 submissions to his name may not be a good idea for the power puncher from Mariveles, Bataan. Still, he proved solid from the top, maintaining control for a lengthy period of time while landing some shots.

That confidence in the ground almost backfired on him in the second round. He ended up catching Faress’ head kick and slammed down his 29-year-old foe to the ground. Faress quickly wrapped around a triangle choke for nearly 90 seconds.

Fortunately, “The Ferocious” was just too tough to crack.

Kelly managed to slither out of harm’s way. He tried to make up for lost time by pounding on Faress from the top position as the round ended. Little did he know that he would have plenty of time to make up for it.

In the third round, Faress simply faded. Maybe showing signs of that failed triangle choke attempt on Kelly, the former ONE Warrior Series star looked like he didn’t have a lift on his step — essentially becoming a stationary target for Kelly.

Kelly continued to work on Faress’ weary legs, albeit in a cautious manner. He also occasionally landed some big body shots to add up to his foe’s fatigue, an approach he kept up for the entire final five minutes.

After 15 minutes of action, two of the judges felt convinced to give the match to Kelly. This puts the Team Lakay representative back on the winning track after losing his previous two matches.