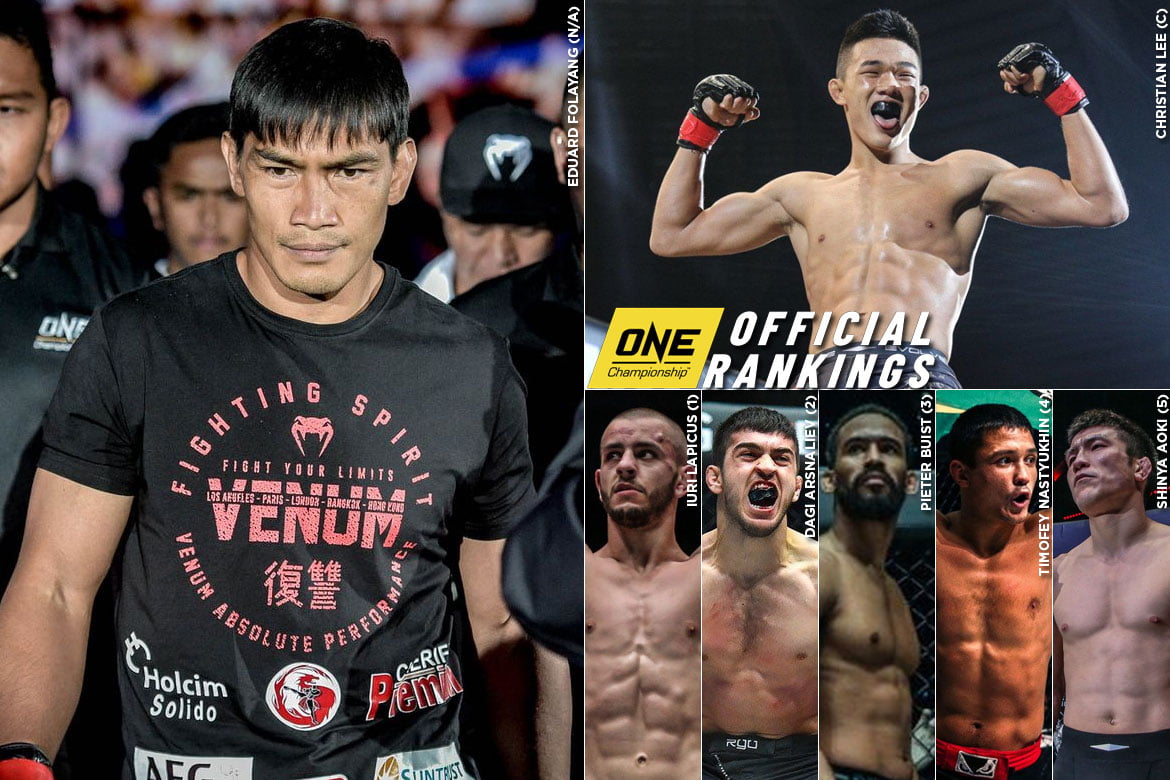 Eduard “Landslide” Folayang now knows where he stands in the talented ONE Championship lightweight division.

The Home Of Martial Arts recently unveiled its first official rankings last week, and perhaps one of the most notable omissions in the lightweight division is the three-time ONE Lightweight World Champion — Folayang.

Upon seeing the rankings and the ladder he has to scale to the top, “Landslide” had a fire lit within him.

“That’s added motivation for me,” he said about not making the list of top five ONE lightweights.

“Now I know who I have to face and what I have to prepare for.”

Folayang last appeared in the Circle against Buist at ONE: Fire & Fury in January, where he lost by split decision — probably the reason why his name did not appear on the rankings.

Still, the Baguio City native knows he cannot change the outcome of the match.

“I have no regrets in my last fight. Whatever happened there, that was already done,” Folayang said.

With his eyes solely on another run at the ONE Lightweight World Title, “Landslide” knows exactly what he has to do.

“I have to keep winning. I need to put together consecutive wins and it has to be done in impressive fashion. As much as possible, I want to get a finish in every match.”

Don’t miss out on the latest in ONE Championship by downloading the ONE Super App for free.

The Best World Title Knockouts In ONE Championship History