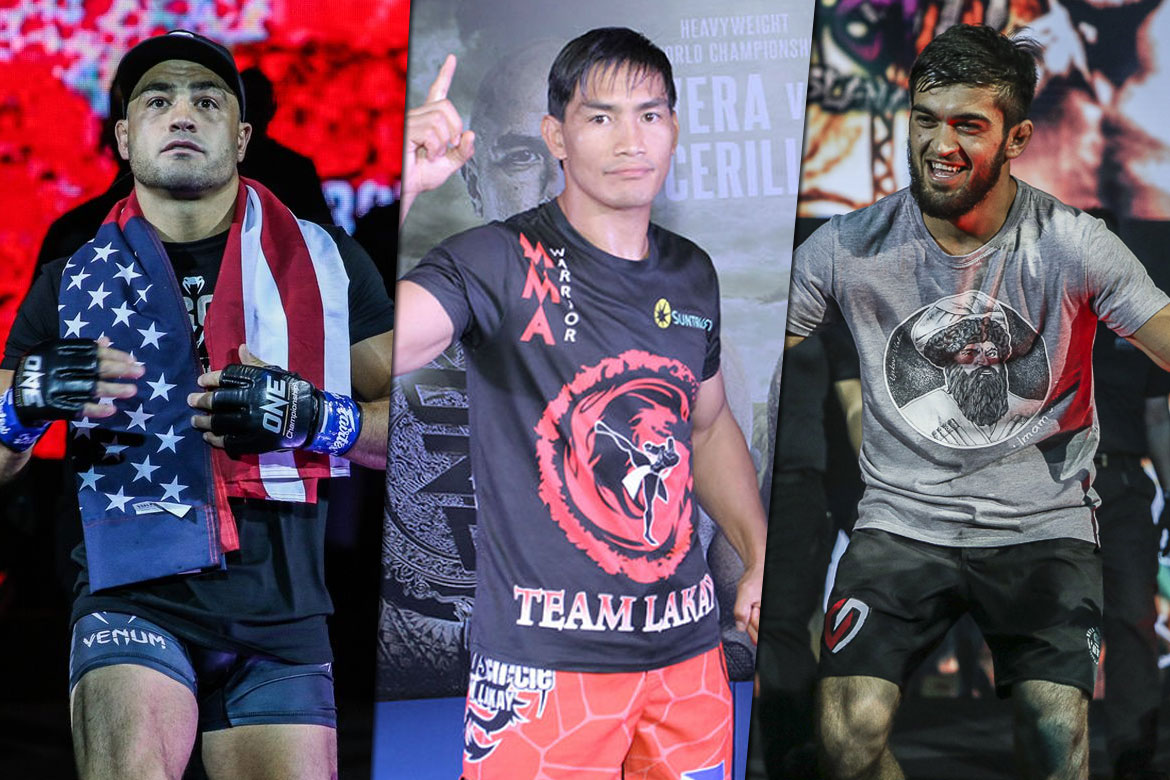 Eddie “The Underground King” Alvarez takes on Saygid Guseyn “Dagi” Arslanaliev in what will be an explosive tournament finale at for the historic ONE: Century Part I on October 13 at the Ryogoku Kokugikan in Tokyo, Japan.

For the Team Lakay standout, he expects fireworks given the styles of both athletes.

“[I see it ending in] either one or two rounds,” Folayang said. “But for sure this won’t go to the third round.

“I feel like Eddie will be going to the ground. He also has great wrestling, but ‘Dagi’ has power and he’s excellent in the ground [sic].”

The 35-year-old Filipino expects “Dagi” to be the more explosive of the two on that night, but believes that Alvarez’ savviness will also play a factor in the match.

At age 24, Arslanaliev is 11 years younger than the American, and “Landslide” thinks it will be key in this clash.

“This will be an amazing fight. I see youth and strength being in ‘Dagi’s’ favor,” Folayang said.

“Experience, on the other hand, goes to Eddie. But you really can’t count ‘Dagi’ out. Eddie’s in for a long night if he doesn’t come in sharp.”

The only questionable aspect of the Turkish powerhouse’s game is his cardio. Only one of his nine matches reached the third round. He also has not faced the judges’ scorecard in his career.

“Will he last if the match goes the distance?” Folayang said.

#ReadMore  Still a learning process for former ONE Champion Banario

When asked who he thinks will be the victor, Folayang tipped his hat to the younger Arslanaliev. He thinks the Azerbaijan No Gi Grappling Champion’s explosiveness will be a handful for the grizzled American veteran.

“I haven’t faced Dagi yet, but if you’d look at it, you’ll see that he has more power,” Folayang said.

“I think him being younger will play a huge factor.”

Catch the ONE Lightweight World Grand Prix Championship Final at ONE: CENTURY on October 13 at the Ryogoku Kokugikan in Tokyo, Japan.