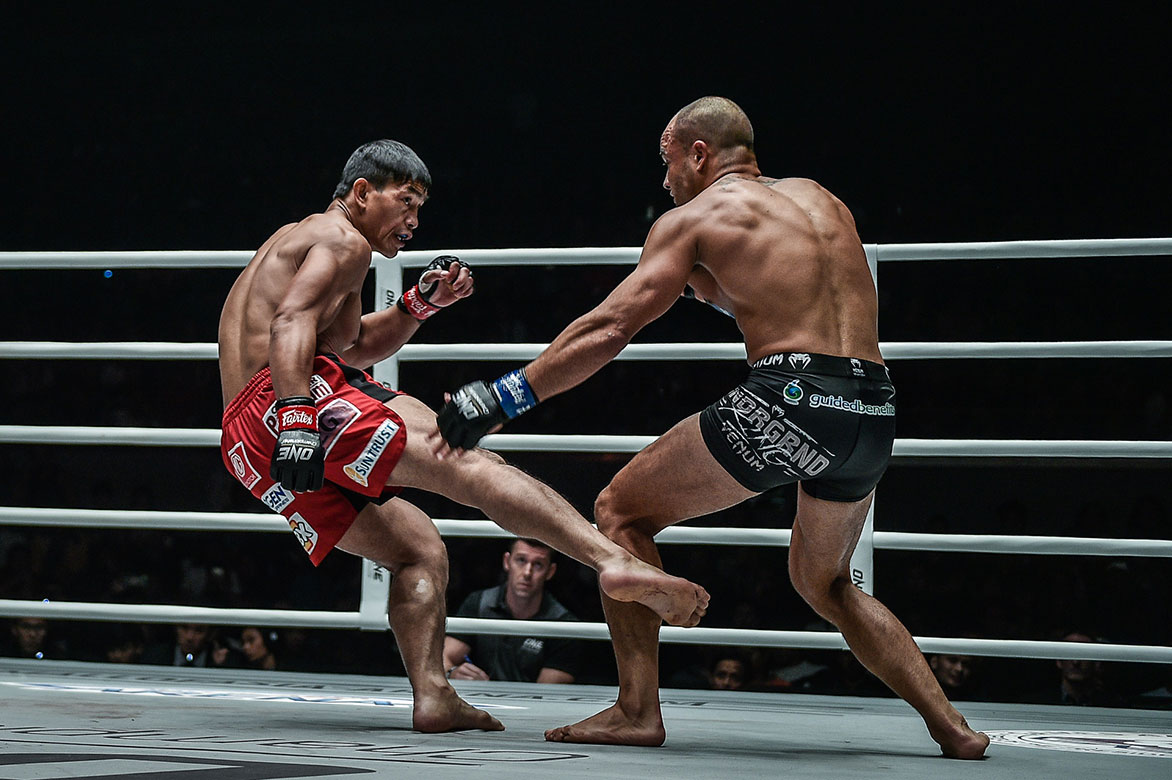 Former ONE Lightweight World Champion Eduard “Landslide” Folayang is not a man of many regrets.

But if he were to look at the obstacles he has faced during his storied career, there is one match he would love to run back.

“It’s definitely Eddie Alvarez. I want to face him again.”

Folayang met “The Underground King” Eddie Alvarez at ONE: Dawn of Heroes last year in one of the biggest matches of Folayang’s career. He looked good in the opening minutes, only to make mistakes that turned the tide of the contest.

“Back in our match, I had a lot of regrets. I made a lot of mistakes that I want to get back from the last time we fought each other,” he said.

“If given the chance, I believe my performance (next time) would be a whole lot better.”

The Team Lakay star looked like the better man on the feet against “The Underground King”, landing big strikes early on, including a thunderous leg kick that dropped Alvarez onto his back.

Sensing urgency, Folayang pounced on his hurt opponent, but Alvarez proved that he could thrive amid adversity.

Showing composure amid the onslaught, the American used Folayang’s momentum to his advantage. He swept the Filipino and took his back for a rear-naked choke finish.

Understanding the mistakes he made in the match, Folayang promised to improve if he is given the chance to redeem himself.

“I definitely got careless in that match. We expected Eddie to be more of a striker, so I was confident when the match hit the ground,” he said.

“If there would be a rematch, I’d address my issues on the ground, and hopefully I’ll be better this time around.”

ONE Championship returns to live action with ONE: NO SURRENDER, an audience-free, closed-door event in Bangkok, Thailand on Friday, 31 July. Download the ONE Super App to catch it for free.

#ReadMore  Jenelyn Olsim forced out of ONE: Bad Blood due to injury