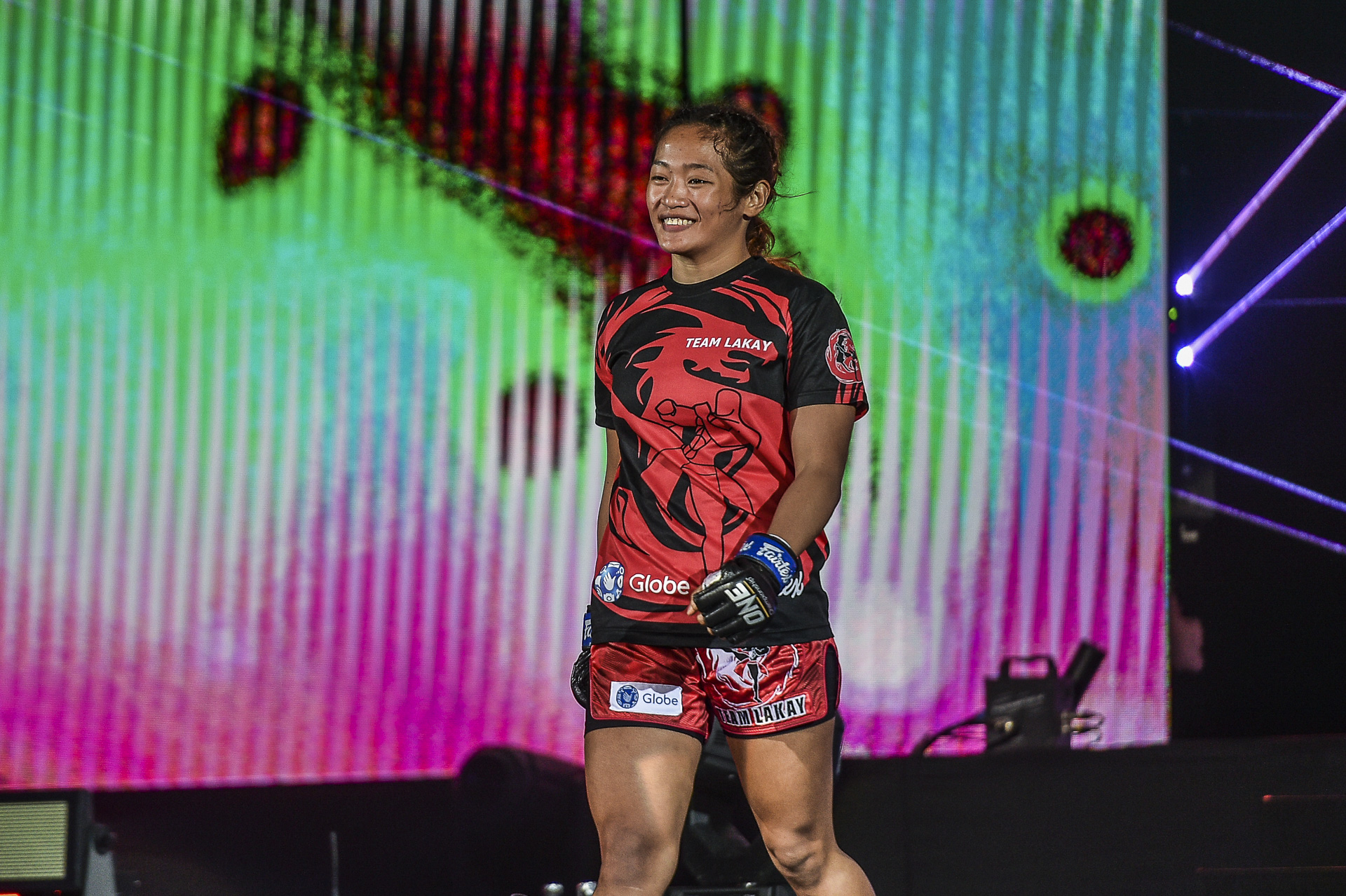 The soft-spoken Team Lakay senior expects Olsim to have a huge career ahead of her in mixed martial arts, and he’s confident that the 24-year-old can bounce back when she takes on Julie Mezabarba at ONE 158: Tawanchai vs. Larsen this Friday at the Singapore Indoor Stadium.

Folayang bared that Olsim’s involvement in the recently concluded Southeast Asian Games is a good springboard for her heading into this match. After all, she’ll look to get back into the winner’s circle after losing in the ONE Atomweight World Grand Prix semis to Ritu Phogat.

“Jenelyn is well prepared. She competed in the previous SEA Games in Vietnam for Vovinam. She also got a medal for it. I’m sure she wanted to get a gold, but that’s a foreign sport for her,” Folayang said.

“The good thing, I think, is that Jenelyn’s conditioning is top-notch now. I don’t think there’s much difference when it comes to preparation during her time in the SEA Games to her return to ONE Championship for ONE 158. So, I believe Jenelyn is in good condition and ready to go.”

A win for Olsim could push her deeper into the division and get her closer to making history for the Philippines.

To this day, there are still no Filipina World Champions in mixed martial arts despite having some of the most promising fighters on the ONE roster, from Team Lakay’s own Gina Iniong to Marrok Force’s Denice Zamboanga.

Having worked with Olsim over the past few years, Folayang believes that his teammate has the necessary tools for a breakthrough – though he noted it won’t come easy.

“From what I see, she never stops training. Her heart is in the right place when it comes to fighting,” Folayang said.

“I know she’s still not in contention, but when she becomes consistent, especially with her attitude and character, I’m sure that she’ll get there someday and win a World Championship.”

The full event stream will also be available on watch.onefc.com and the ONE Super App