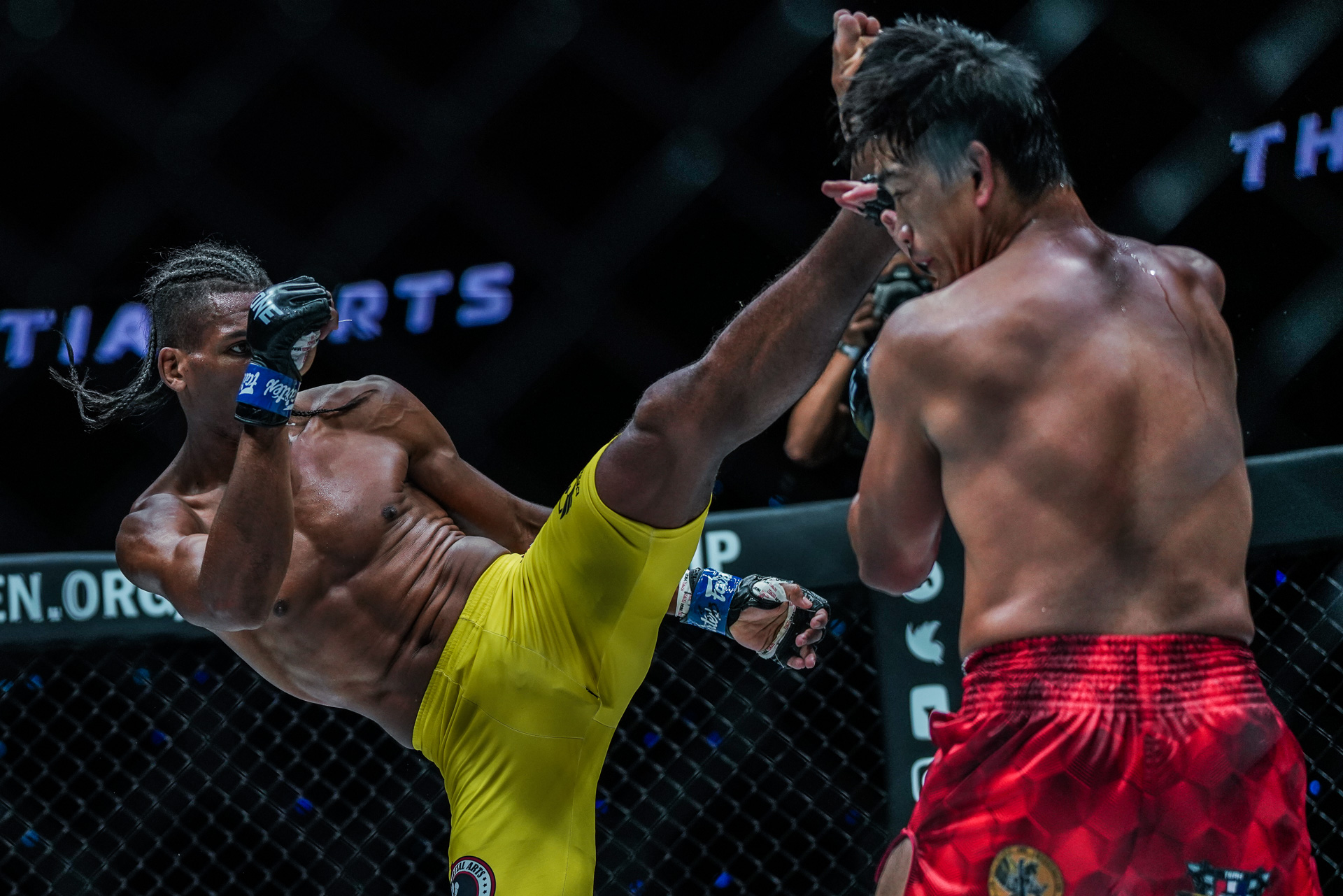 Edson Marques promised to break the hearts of millions of Filipinos in his scheduled encounter against Eduard Folayang at ONE on Prime Video 5 by beating the beloved hometown hero.

On Saturday morning, he did exactly what he predicted.

Despite taking the bout on just 24 days’ notice, the man from Goiania, Brazil stunned the live crowd at the SM Mall of Asia Arena in Pasay City, Metro Manila as he authored a second-round knockout of Folayang.

Marques could have won the battle, but Folayang made sure that the Brazilian would have to earn it the hard way.

“The Landslide” was in complete control of the encounter.

Folayang’s first order of business was to negate Marques’ physical leverage in length, which he managed to figure out two minutes into the opening salvo by landing a heavy high kick before letting his left hook do the work.

The Team Lakay captain pushed the pace more and more toward the end of the period before he got tagged by a stinging left jab from Marques, which appeared to disrupt his momentum.

After a brief pause due to an accidental shot to the groin at the start of the second stanza, Folayang efficiently cherrypicked his shots and torched Marques from staggering combinations of punches to wrenching push kicks to the midsection.

However, the bout’s turning point occurred past the midway point of Round Two, where Marques closed the distance to trap Folayang along the cage fence and then clobbered him with a big swing of a right hand.

The blow sent Folayang crashing to the mat face-first, which prompted referee Olivier Coste to step in and waved it off at the 2:53 mark. 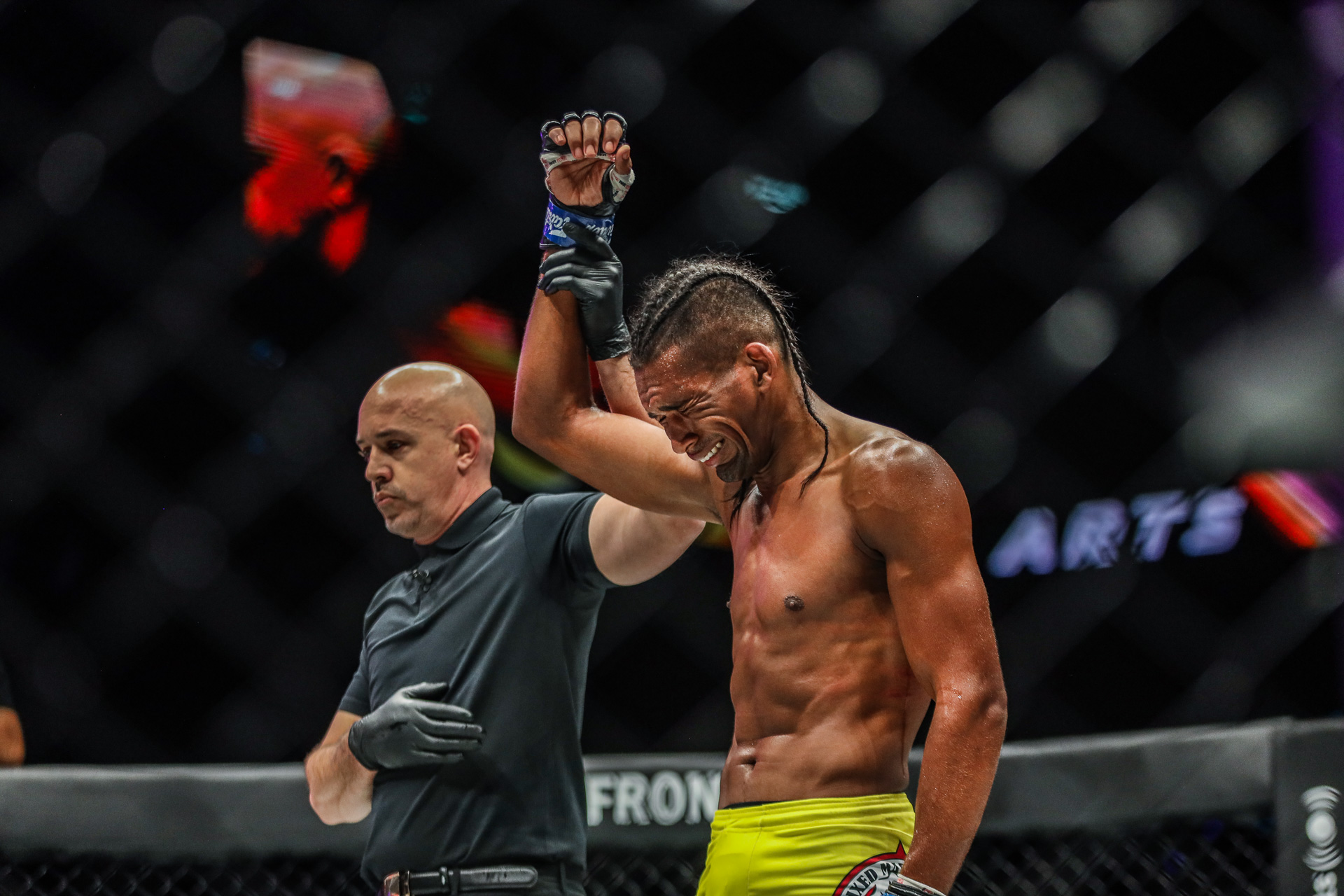 Folayang immediately went back up and appeared to recover from the harrowing shots, not knowing that the match had already been halted by the cage official.

With the upset victory over Folayang, Marques improved to a professional record of 11-2. He also pocketed the $50,000 performance bonus.

On the other hand, Folayang lost his fifth consecutive bout and dropped to a 23-13 slate.

In this article:Edson Marques, Eduard Folayang, ONE on Prime Video 5, Team Lakay