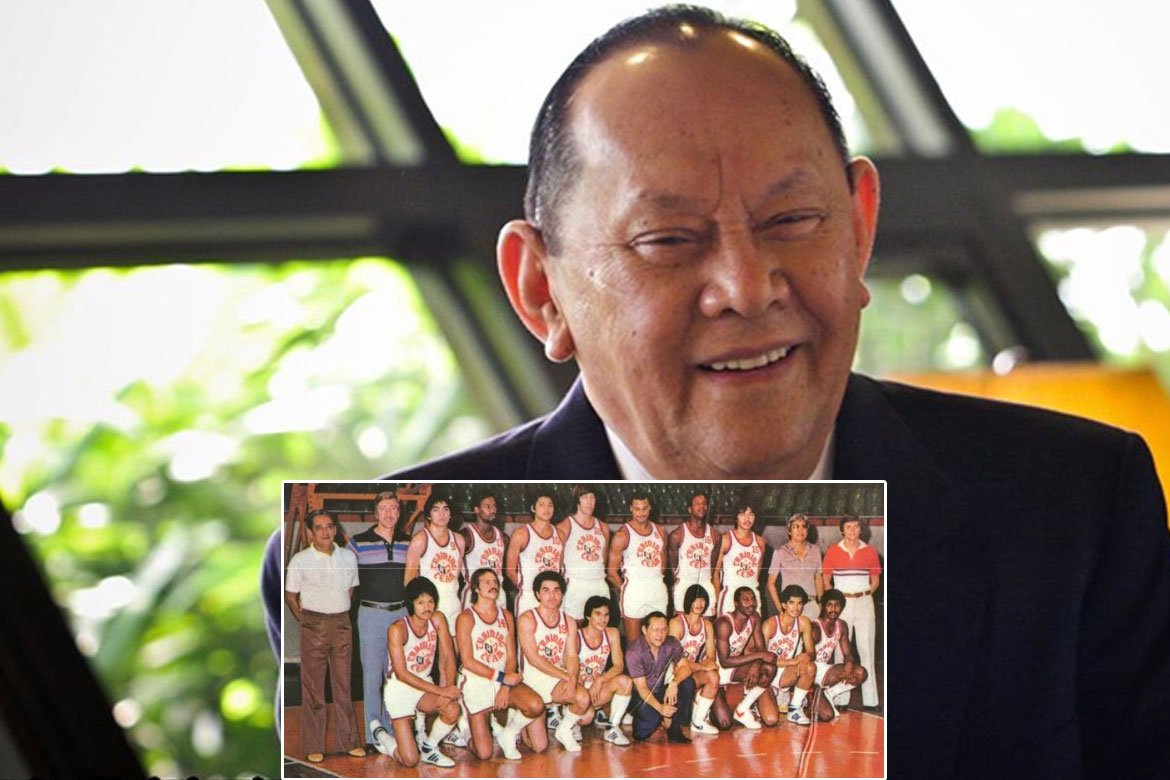 Up to this day, the legacy of the Northern Cement basketball team lives on.

One of its living legacies is the Gilas Pilipinas cadets — a pool that has collegiate standouts brought together as a training pool, with hopes that they will represent the country in international competitions.

And the blueprint of this model was made by none other than sports patron Danding Cojuangco, who passed away Tuesday at the age of 85.

“Because of his investment with the NCC, Philippine basketball greatly benefited as it jump-started the careers of legendary PBA players and coaches as well,” read the statement of the Samahang Basketbol ng Pilipinas about Cojuangco’s death.

Back in the 80s, the NCC team included the likes of Hector Calma, Jerry Codinera, Samboy Lim, Jong Uichico, Franz Pumaren, Pido Jarencio, and Allan Caidic, among others. They had the late great Ron Jacobs as coach, while Filomeno Pumaren served as an assistant coach.

But that team is not Cojuangco’s only contribution to Philippine sports.

Cojuangco also backed powerhouse squads like San Miguel, Ginebra, and Magnolia in the PBA and Petron in the PSL.

“Beyond this, his love for basketball led to the enrichment of the lives of so many players, coaches, and staff who have nothing but great words to say about ‘ECJ’.”

The passing of Cojuangco leaves a huge hole in Philippine sports. And the federation mourns with the rest of the nation.

“Eduardo ‘Danding’ Cojuangco Jr. left an indelible mark in the country not just as a brilliant businessman but also as a passionate sportsman,” read the statement.