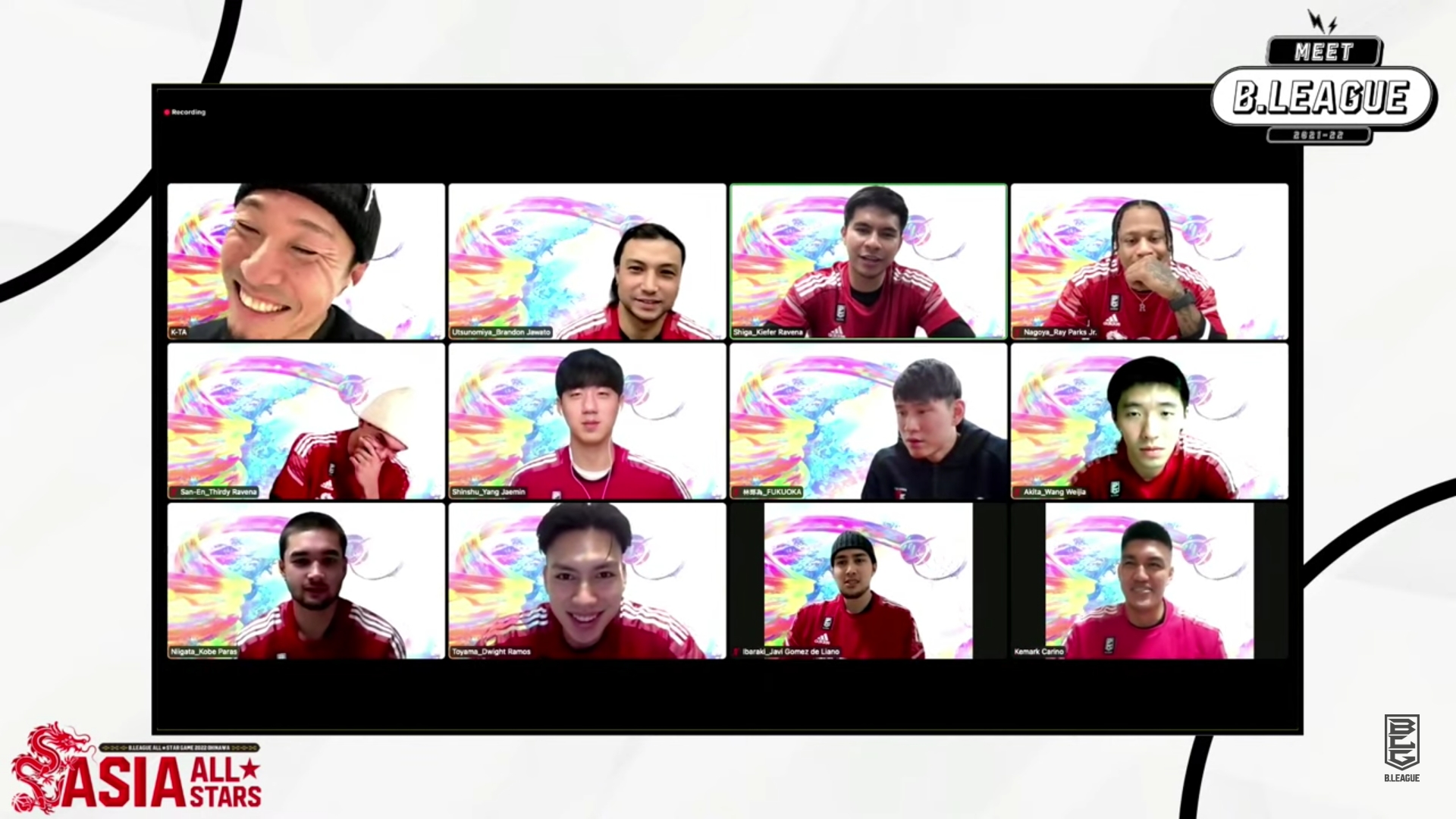 Despite not being able to hold the 2021 B.League All-Star weekend in Okinawa, Japan, the fans were still able to get to know the Asia All-Stars on Friday.

“Then again, safety first and we know that there will be another chance for us to showcase our talents as the Asian Quota Players in the B.League. Hopefully, it can happen soon.”

Fun was the one-hour event that saw streetballer K-Ta along with a select number of fans in Okinawa ask the 12 players both game and off-court questions.

Asia All-Stars captain Kiefer wore his The Prospects Pod hat for this one, actively answering the questions while helping K-Ta break the ice with the players.

Of course, the top question was what food do the players miss from their home country. For the Pinoys, it was adobo.

“Yo Kief, there’s a lot of Filipino restaurants out here bro,” said Parks, who is in Nagoya.

#ReadMore  Adamson runs past National U to remain unscathed

Kiefer would respond by saying that he and Thirdy would visit Parks in Nagoya after their game on January 23 in San-En.

Both Kiefer and Parks also shared that the schedule of the B.League games has taken its toll on them.

“I guess the number of games is the biggest difference,” Kiefer answered the question of his uncle Raf, who is based in Okinawa.

Lin, on the other hand, said that the Taiwanese league is fairly similar to Japan’s.

Both Thirdy and Yang showed how accustomed they are to the Japanese lifestyle, even showing off their Nipongo skills.

Carino also got his share of the limelight as he was teased all night long by his compatriots.

“Siguro, nasa bukid ako nagtatanim ng palay,” he said when asked about what he would have been if he was not a basketball player. As captain, Kiefer translated for him.

Later on, Thirdy and Ramos recalled their epic encounter last November 14 that resulted in “the most expensive missed free throw” in league history which drew laughs as well.

Javi’s brother Juan though was not able to join the event. “It would have been more fun if Juan was here,” said Kiefer.

At the end of the night, despite only saying a few words, Ramos was adjudged the first-ever B.League Asian All-Star Talk Skill contest winner.

“It’s crazy. I guess Kiefer’s right, a man of few words but I make an impact,” quipped Ramos.

Kobe and Javi still gave the most powerful statements for those dreaming to play overseas one day.

“For me, you just have to dream big and stay motivated,” said Paras. “When I moved to the States when I was 15, I was away from my family and it was hard to be motivated. There was a lot of times that I faced adversity and wanted to quit. All I could talk to was my parents.

“So I think just dream big and don’t quit. Find your peace in the workouts and just keep pushing. That’s the advice I’d give my younger self.”

“You just got to believe in yourself especially when you are starting from the bottom,” added Javi.

“You won’t get support from a lot of people. You just got to believe and think outside of the box.”