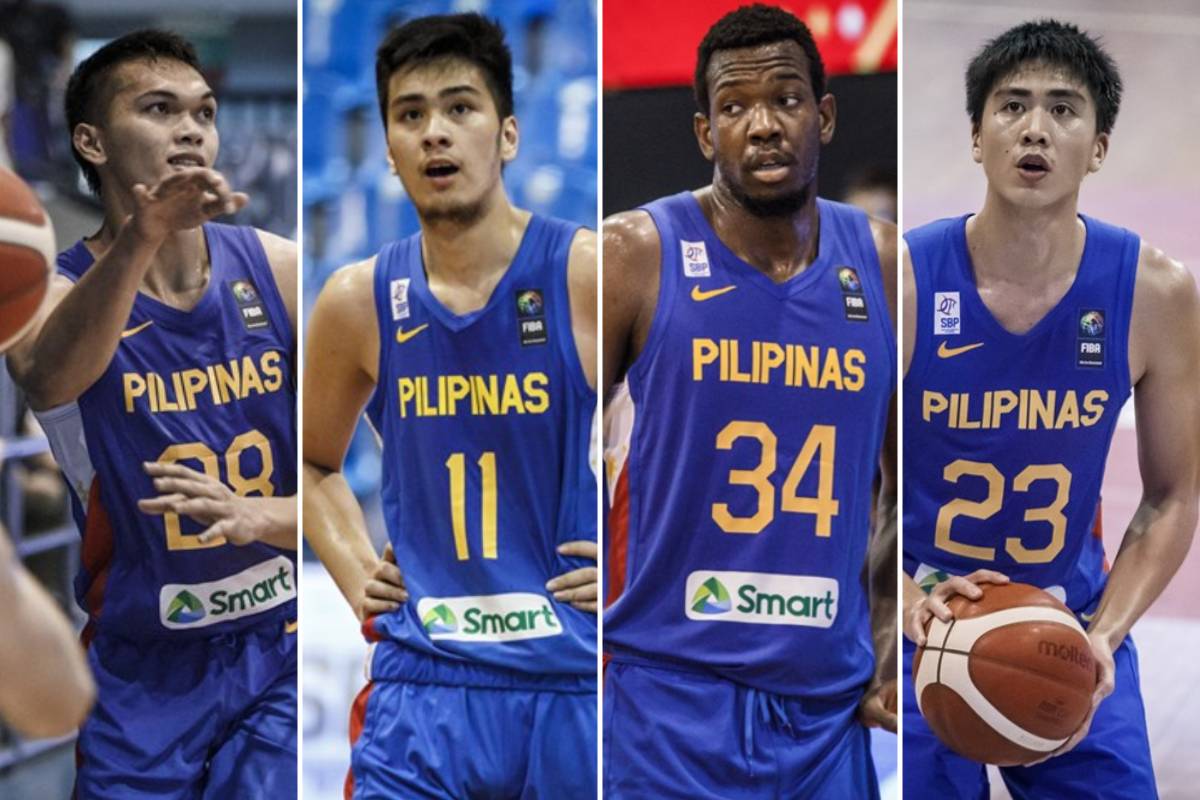 There were also times when Justine Baltazar would be fielded in the wing position along with Sotto and Kouame; Isaac Go and Carl Tamayo; and Sotto and Geo Chiu.

A day before leaving for Belgrade for the 2021 FIBA Olympic Qualifying Tournament, Baldwin tried something new during their tune-up match against China.

“We were trying to have a look at what we can experience in Europe if you want to go with a bigger lineup. I tried to play around with that tonight with mixed success and failure,” admitted Baldwin.

“The group that I started didn’t really jell really well.”

Things did not go as planned. China went on a 10-0 start to begin the contest, which meant Jordan Heading immediately came in to replace Baltazar.

Sotto eventually had 13 points playing either the five or the four. Meanwhile, Kouame had 12 at the five in the 79-all draw.

For their part, Navarro remained a steady presence with eight points, while Baltazar also had eight. The DLSU Green Archer did most of his damage when he was back at the four spot. though.

“Balti was better at power forward again, so it’s going to be a process for him. A long road to becoming a good wing player but he has the tools to do it,” said Baltazar, who averaged 7.4 points, 7.8 rebounds, and 1.8 assists per game in the Qualifiers.

“So we just have to get the mentality right.”

Moving forward though, the American-Kiwi tactician — who steered New Zealand to the Olympics in the 2000s — plans to work on that lineup more.

Gilas will not only face the likes of Serbia and the Dominican Republic in the upcoming Belgrade Olympic Qualifying Tournament; it also faces European and North American teams during the team’s build-up to the 2023 World Cup.

“Ange and Kai needed to play together, and Balti needed to play in the wing more. We tried that and we have a lot of work to do for them to be comfortable on that lineup,” he said.

“Right now, it doesn’t look as good as I had wanted it to.”