It was with a heavy heart that Maharlika Pilipinas Basketball League commissioner Kenneth Duremdes suspended the Chooks-to-Go Lakan Playoffs and postponed the entirety of its 2020-21 season.

What hurt him the most was that the league’s 465 cagers now have no avenue to showcase their craft.

For its part, the league has vowed that it will police all its member clubs into paying at least 20-percent of their existing player contracts.

“Actually, we have the copy of the contracts of the players. Makikita natin doon kung sino ‘yung mga may live contracts pa. And if ever naman na we missed something, may ‘di nakapag-submit — although we obliged them to give it to us before the start of the season — titignan natin,” Duremdes said during Thursday’s episode of Tiebreaker Vods’ The Crossover with Cedelf Tupas, presented by SMART Sports.

“So far wala pa naman, nakikita ko naman na ilang players lang naman ang may contract, kasi most of the teams ang mga players nila ay good for one season lang. So ang natira dito, four teams na lang [San Juan, Davao Occidental, Basilan, and Makati], so they can come to us anytime through call, emails, text, kung mayroon silang problema with their teams. Kasi ang mga live contracts they have to honor that, at least 20-percent. Dahil to me, it’s valid kasi it’s the team owner who will decide to extend the player’s contract. Both ways ‘yan e.”

Getting paid is one thing, though. Getting to play is another.

Duremdes knows that these players can easily get into shape. But what will be hard for them is the mental aspect of the waiting game.

How long will the wait be? As of the publishing of this story, the opening day of the fourth season of the MPBL, second of five seasons that will be backed by Chooks-to-Go, is still 370 days away.

Besides this, Duremdes advises the players to use this time to find a new passion or start a new business.

Over the past two months, it has been reported that some players have either gone back to military service, started their own business, or have decided to give back to the needy.

Duremdes assures that once everything gets back to normal, the country’s regional league will be better than ever. And he can’t wait to welcome everyone back.

“Don’t think na you’re losing hope. There’s a light at the end of the tunnel.” 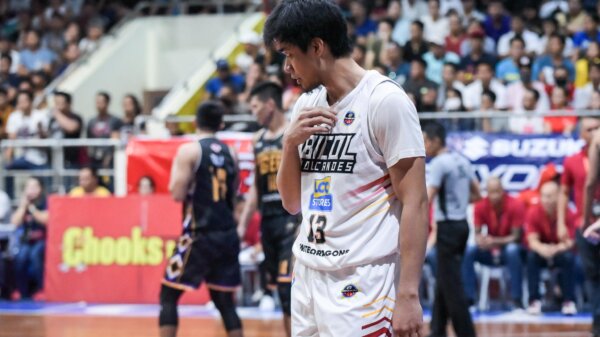