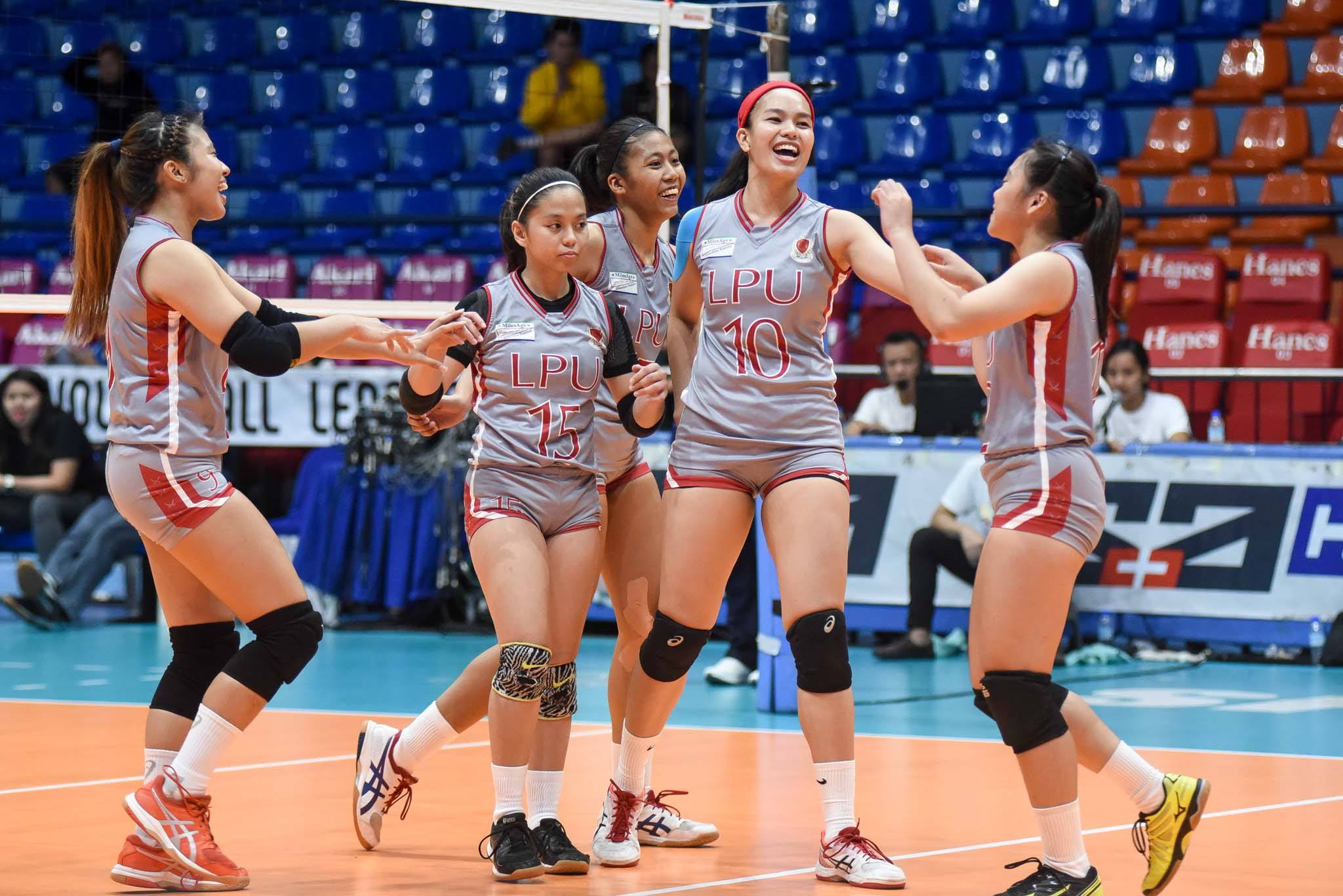 Coming off a three-game losing skid, the Lyceum Lady Pirates carved out a morale-boosting first win in the 2019 PVL Collegiate Conference, laying waste to the Technological Insitute of the Philippines, 25-6, 25-15, 25-14, Sunday at the FilOil Flying V Centre.

Alexandra Rafael and Joan Doguna took their turns on TIP’s net and floor defense, finishing with a game-high 11 points apiece.

Mary Joy Onofre also carried some of the load on offense as she supplied 10 markers, spiked by three kill blocks.

Holding a 16-12 cushion in the third set, the Lady Pirates went on cruise control en route to the win behind the steady service game of Lyceum playmaker Venice Puzon.

Puzon paced her team, as she nailed all of her eight points from the service line. She also tossed 12 excellent sets for the Lady Pirates, who mounted a 37-14 differential in attacks.

Monica Sevilla chimed in eight markers of her own while Jacqueline Acuña managed six points.

The Lady Engineers suffered their fourth loss as they remained as the only winless team in the conference.

Both the Lady Pirates and the Lady Engineers seek to end their respective campaigns on a positive note on Sunday, September 15. The former will take on FEU, while the latter face St. Benilde at the same venue.