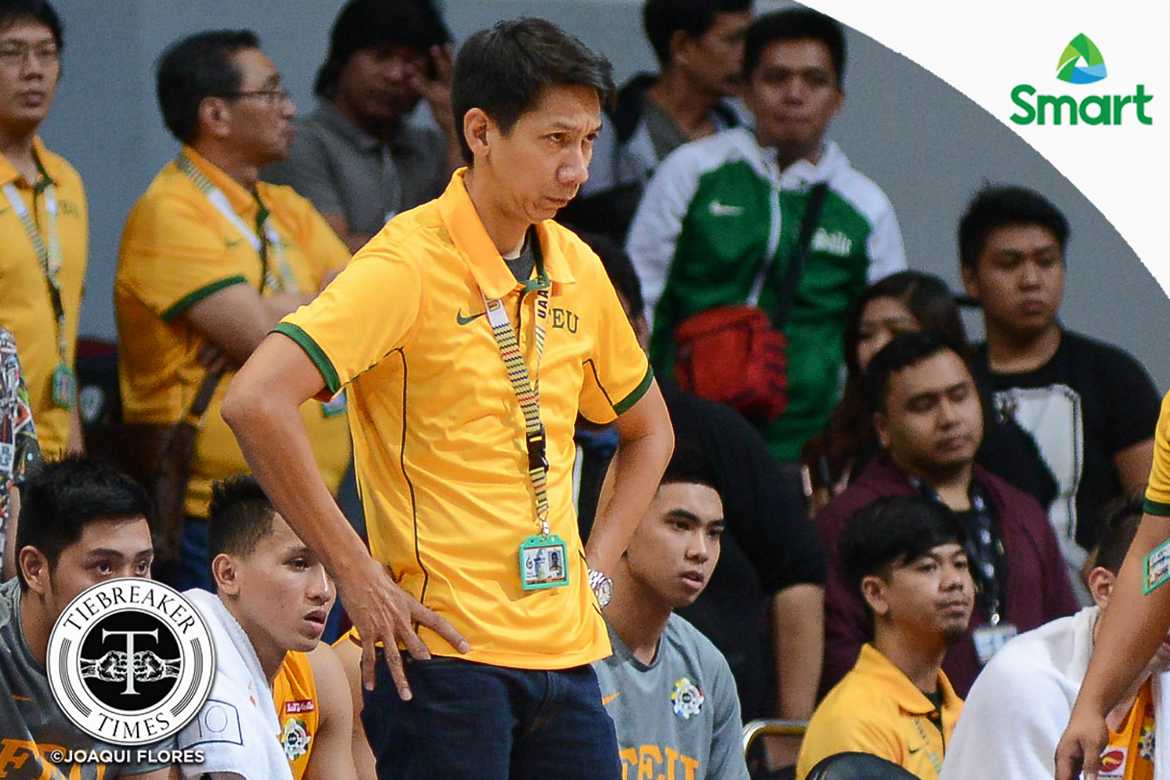 The “Halloween” break did not do any favors for the defending UAAP Men’s Basketball champions.

Prior to the break, the Far Eastern University Tamaraws were on a high, riding a seven-game winning streak for an 8-2 slate. However, the Tamaraws have suffered three-straight defeats, capped by a come-from-behind 67-73 loss to bitter rivals DLSU Green Archers.

For fourth-year head coach Nash Racela, he shared that he and his team are not panicking with the predicament they are in right now.

“I can’t be frustrated with the kind of game we played today,” he said. “We lost it in the last minute and a half, I think.”

The 44-year-old mentor, though proud of the production of his two players, shared that this highlighted the lack of depth of this year’s batch of Tamaraws compared to a season ago. Moreover, he added that they are not afforded the luxury of depth La Salle and Ateneo has right now.

“We need to get contributions from a lot of players. We’re not like La Salle or Ateneo na pag humugot yung coach, it’s automatic na may makukuha,” he lamented.

“We’re not that kind of team. Pag pinahinga mo ito, nasasaktan ka eh. Those things I think we have to improve on. I think that’s what happened in the end game, na guys who needed rest, mga one minute lang, doon pa kami nasaktan. We’ll try to correct those things.”

But he remains confident that they can turn it around even if the incentive of a twice-to-beat advantage entering the Final Four is slowly slipping away from their grasps.

“It was never in my mind getting twice-to-beat advantage. If it comes, it comes. By the looks of it, parang hindi but it’s still fine.

“Ang importante is we’re in the Final Four and just basing how we played today, I know, though we’re at a twice-to-beat disadvantage, we know that we could compete and beat the other team,” he said with optimism.

“We have one more game, UE so… We’ll try our best to win that game so at least we get some kind of momentum going to the playoffs.”