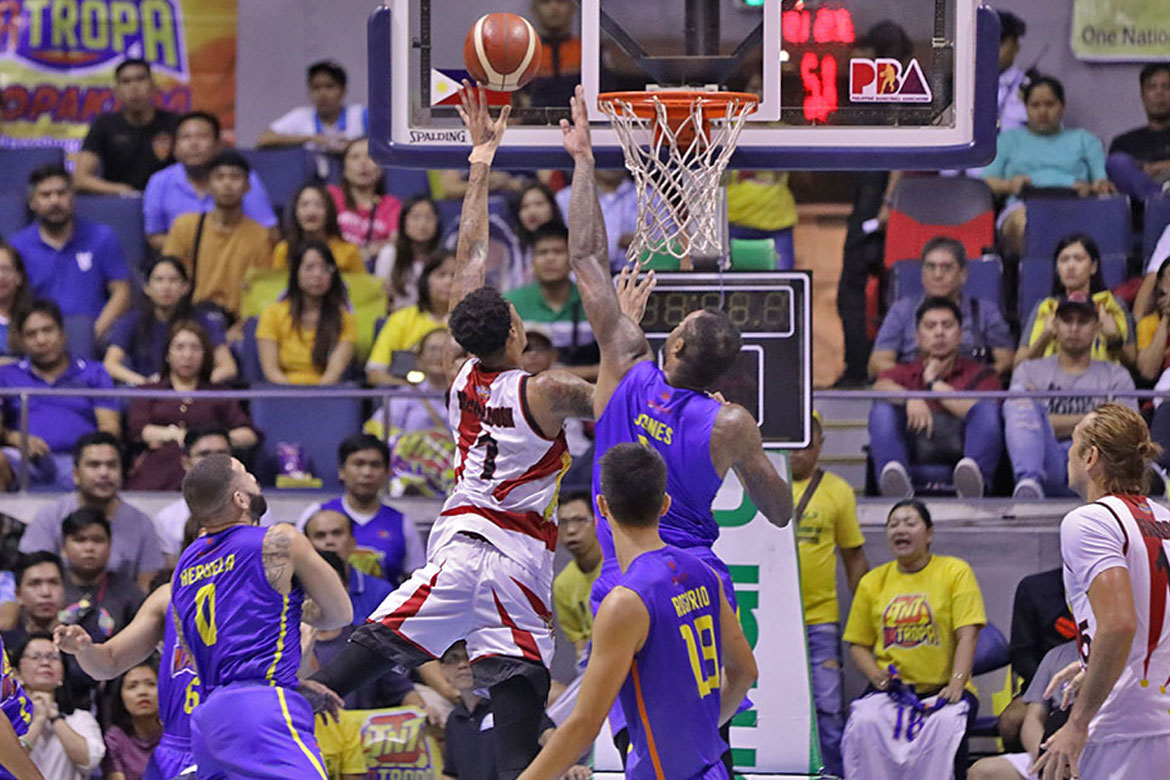 Given San Miguel’s deep lineup, coach Leo Austria has many options for when a game is on the line.

Such was the case in Game Five of the 2019 PBA Commissioner’s Cup Finals on Wednesday. With the Beermen down by a point with about 38.0 seconds left, Austria’s options – as they looked for the lead – included his old reliables.

But the decorated mentor chose none of those mentioned, instead opting to go to their import Chris McCullough.

And the 24-year-old did not disappoint. Even with the defense of his counterpart Terrence Jones all over him, McCullough drove hard to the rim. He then sank a bucket off the glass to give his side the 95-94 lead with 26.5 ticks left.

That shot was the highlight of the Beermen’s comeback from 16 down early in the fourth. It was also the biggest shot of McCullough’s night, as he went on to finish with 35 points, 22 rebounds, four assists, and three blocks.

Thanks to McCullough, the Beermen won, 99-94, to move closer from regaining the title they lost last year.

And Austria, of course, is proud that his decision to give the shot to the young cager had such a sweet result.

“I opted to stick with C-Mac.

“I wanted him to get the ball because I can see it in his eyes that he really wanted to win tonight. And that’s what happened. So thank you, C-Mac,” said the former three-time Coach of the Year.

McCullough admitted that he remembers nothing of his big shot. All that matters for him is the win, and he’s now focused on helping SMB prevent the series from going the distance by ending it in Game Six on Friday.

“We’ll come ready to play and mentally locked in to get this win, and not let it go to Game Seven,” he said.