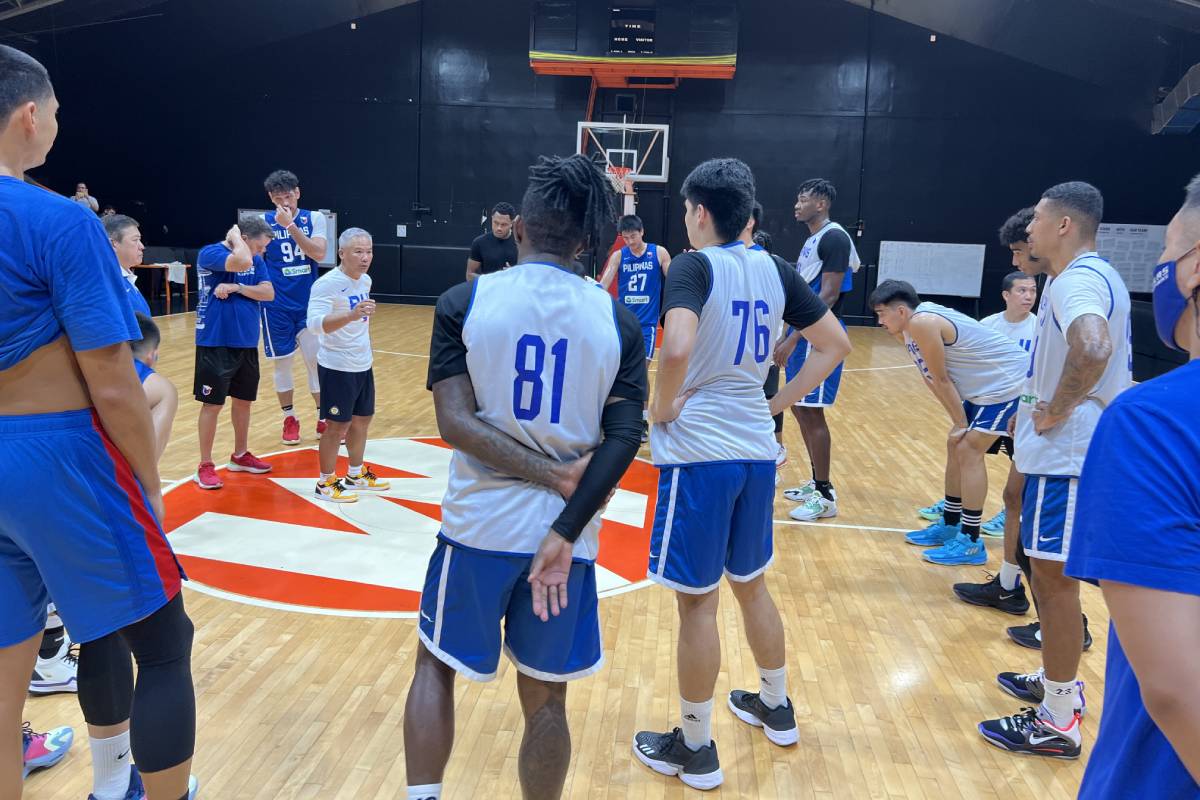 Chris Newsome of the Meralco continued to show up in Gilas Pilipinas’ weekly practice session amid nursing a calf contusion that forced him to miss Sunday’s game against Ginebra.

Newsome was one among the 16 players who came by Monday night as Gilas worked out for an hour at the Meralco Gym. He sat on the sidelines along with naturalized candidate and Ginebra resident import Justin Brownlee while the other 14 healthy bodies give themselves another push, doing routines on shooting and running different sets.

The three players were coming off a hard game against bitter rival, Meralco, in a game won by the Gin Kings, 99-91. They joined their Ginebra coach, Tim Cone, who helped out Gilas head coach Chot Reyes and assistant coach, Josh Reyes, in the training.

“We told the players, some of them had games last night (Sunday). Everyone has also practiced today (Monday), so we’re not gonna overextend them,” said the elder Reyes. “We have specific things that we want to achieve. So today, we wanted to achieve a couple of things done and they went hard right away. These guys are in shape, but more importantly, get the opportunity of playing together.

Key players from San Miguel Beer and TNT were also in full force, joining the third session of Gilas in line with their preparation for the fifth window to be held in Jordan and Saudi Arabia, respectively.

Both matches will be played away from home as the Philippines takes on FIBA Asia Cup semifinalist Jordan on November 7 then battles Saudi Arabia on November 10.

After going head-to-head over the weekend in their team’s UAAP encounter on opening day, Tamayo and Quiambao were back on the hard court, this time as teammates with Gilas.

Tamayo showed up 25 minutes late as he had to catch up from their training with the Fighting Maroons.