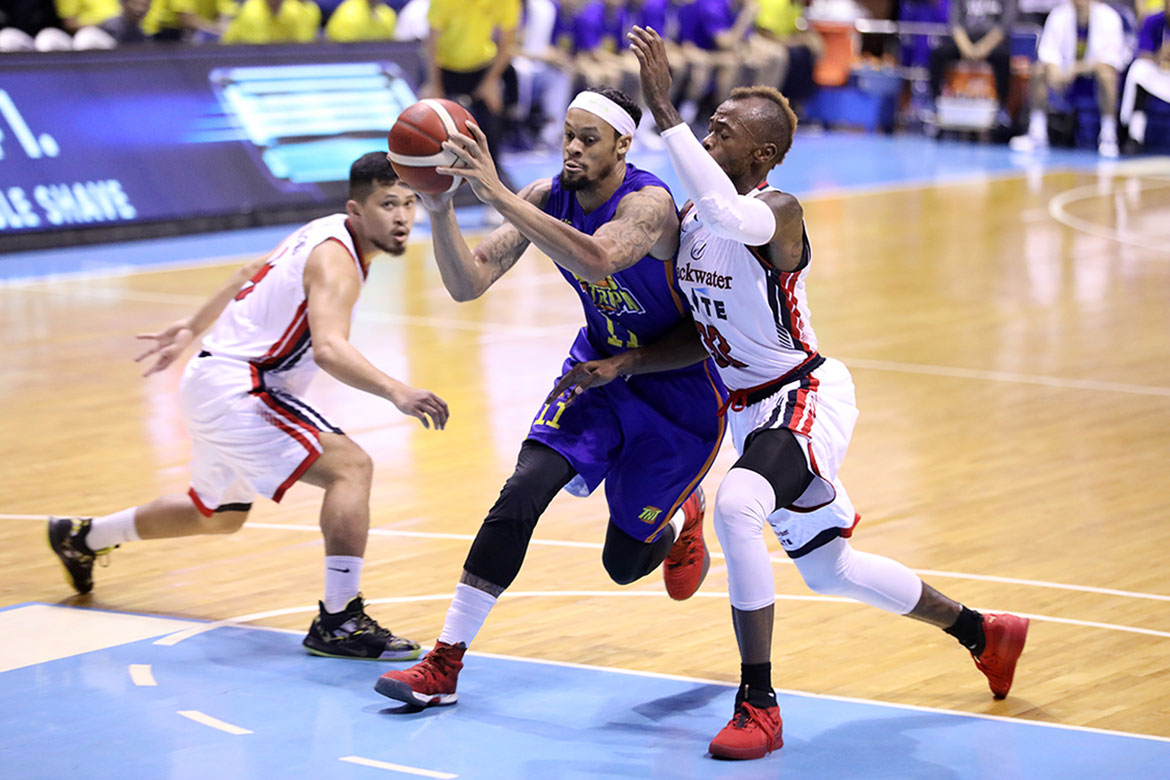 KJ McDaniels showed that he’s a force to be reckoned with in his first-ever PBA game Wendesday evening.

The ex-NBA player wowed with 41 points, 22 rebounds, seven assists, five blocks, and two steals to power TNT to a dominant 135-107 victory over Blackwater for a rousing start in its 2019 Governors’ Cup campaign.

“It was a great game, I felt good being out there with my teammates. I feel like we’ll just get better from here,” he said.

For McDaniels, the KaTropa’s stint in the recently-concluded East Asia Super League-The Terrific 12 tournament in Macau was definitely a big help for him confidence-wise, as he has never played in Asia until TNT came to him.

“I felt like that was a good confidence boost for me. The coaches as well and my teammates, having confidence in me,” said the Clemson product, who averaged 39.5 points in the two games TNT played in the week-long tilt.

“I just gotta keep finding ways to keep getting better, make my teammates better and being impactful in the game.”

McDaniels looks like he doesn’t need any adjustments whatsoever with the way he delivered. But for the Philadelphia 76ers’ 32nd pick in the 2014 Draft, he said that he’s going to work on taking care of the basketball much better.

The 6-foot-5 swingman’s impressive statline got negated by the nine turnovers he committed.

“Just making crisper passes, making sure my teammates are seeing the passes earlier when the defense is helping. I’ll definitely cut those down,” vowed McDaniels. “I felt like I forced a lot of action. I gotta see the plays earlier.”

Still, TNT is off to a good start in the season-ending joust, and McDaniels only plans to help his side win.

“You want to win as a competitor. That’s what I hope we do, just win the entire thing,” said the five-year pro.

“We’re going to play a different type of adversity every night so we just got to play together, stay positive.”

Petro Gazz soars to solo second with rout of BanKo