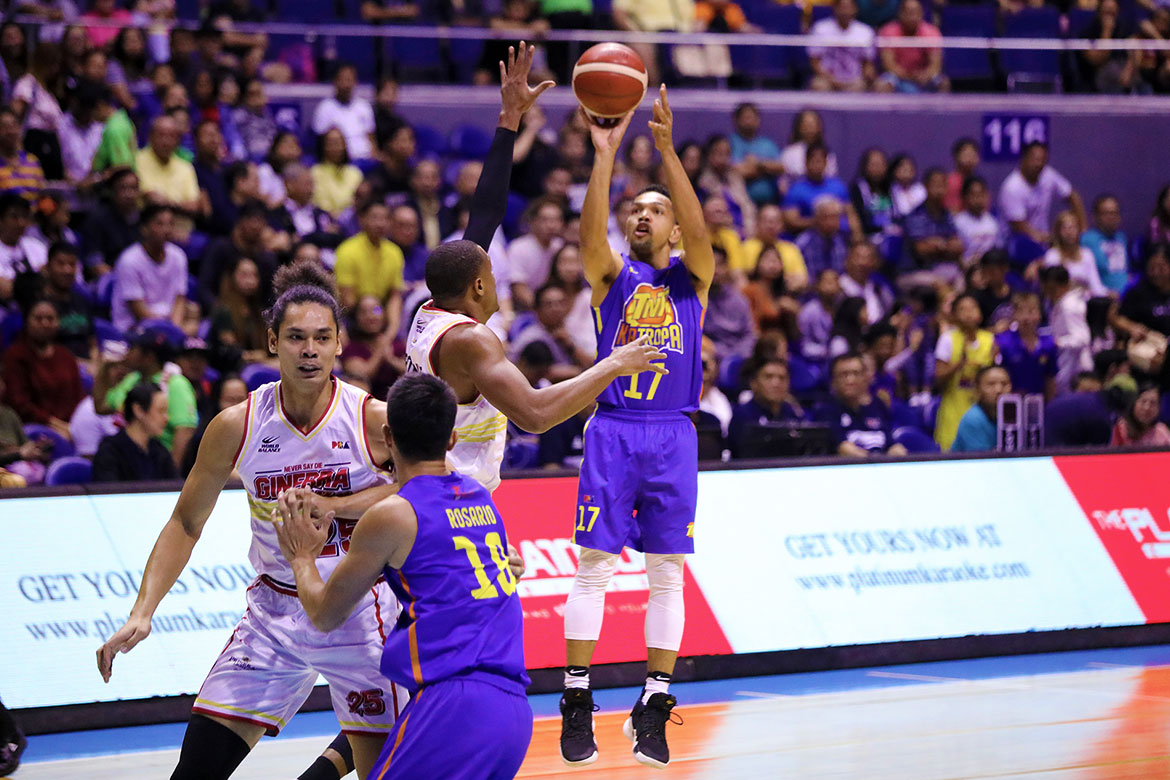 TNT are just a win away from a ticket to the  2019 PBA Commissioner’s Cup Finals.

The KaTropa racked up a dominant victory over the Barangay Ginebra San Miguel, 88-71, in Game Two of their semifinal series on Sunday evening at the SMART Araneta Coliseum.

One more win on Game Three this Tuesday will wrap up the series. It will also propel the flagship MVP franchise back to the Big Dance, which they haven’t reached since the 2017 edition of the mid-season joust.

And more importantly, it will end the Gin Kings’ championship reign.

But for the Texters’ main man Jayson Castro, a sweep is not in their minds.

“As of now, ‘di naman namin iniisip na sweep,” said Castro, who had 20 points, five assists, and four rebounds in the win.

They shot a total of 16 threes while limiting the other to just five treys. The KaTropa also made it tough for Stanley Pringle, as he only scored two points.

Castro hopes they can sustain that performance in Game Three, which will be at the SM Mall of Asia Arena.

Brian Heruela on flourishing in TNT: ‘We go by rules’