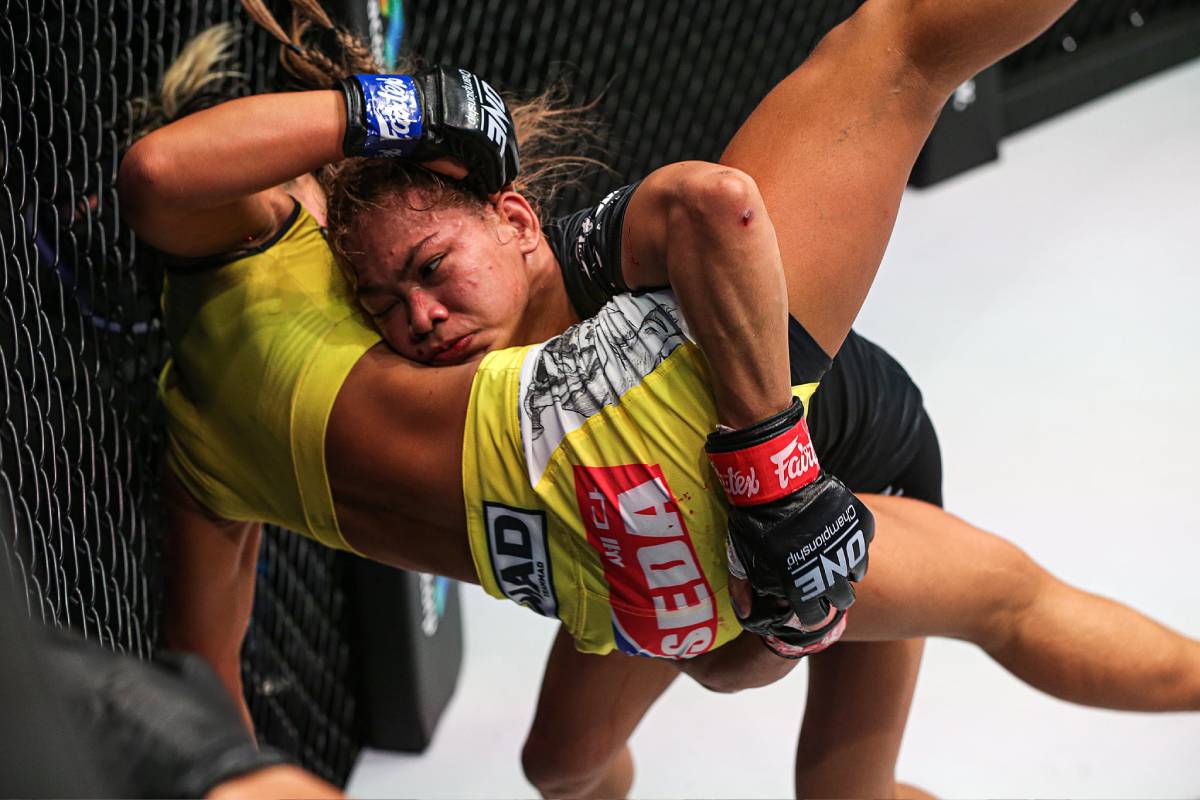 Second-ranked atomweight contender Denice “Lycan Queen” Zamboanga is oozing with confidence ahead of her long-awaited rematch with no. 3-ranked contender “Arale Chan” Ham Seo Hee at ONE X on 26 March.

Despite dropping their first bout in controversial fashion, the Filipina believes she’s a whole lot better than her South Korean counterpart.

Having spent 15 minutes with “Arale Chan” made her realize many things – the biggest one being that Ham isn’t as tough as she expected.

“Honestly, before fighting Ham Seo Hee, I was scared in the sense that she was the most experienced fighter among us all. I was a little intimidated having had to face such a dangerous opponent in the first round of the tournament,” Zamboanga admitted.

“But after sharing the Circle with her, I realized that she wasn’t all that people made her out to be. There wasn’t really a huge difference in our fighting skills, and I could handle her.

“In this coming rematch, there are no more nerves, and there is no more fear. I would say that’s all gone and you will see the best of Denice Zamboanga.”

Those moments of hesitation ultimately led to the Marrok Force star’s loss in the first bout.

Zamboanga has watched the match over and over. All she could think about were the wasted moments where she could have taken advantage of Ham, especially in the early stages.

Maybe it was respect for Ham’s power, but having experienced it now, she’s confident that she’ll do better in their rematch.

“I would have focused on the finish from the very start. After reviewing the fight many times, I see that I could have actually finished her in the first round. I already felt her power and I knew I could handle it,” she said.

“I also knew I could finish her – I experienced what she had to offer, and I wasn’t impressed. I don’t exactly know why I was reluctant to. I just need to be more assertive next time.”

That said, though, the Thailand-based Filipina has no worries about another controversial decision on 26 March.

“This time I’m going to finish her for sure,” Zamboanga said.

“I’m going to take her down and submit her. Her biggest weakness is on the ground. I took her down whenever I wanted, and she couldn’t handle herself on the mat. I can finish her there.”

See the full card for the historic ONE X here and watch it live on the following channels: bit.ly/WatchONE | ONE Super App | ONE YouTube