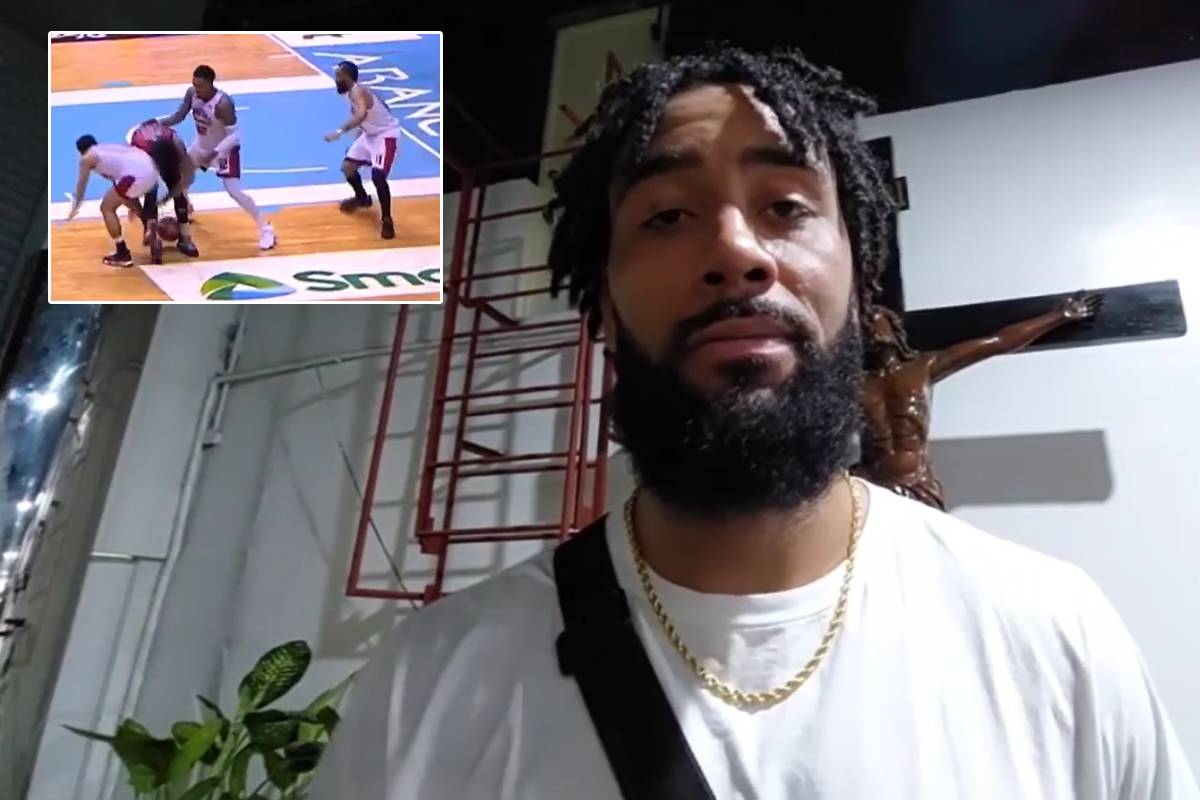 Devon Scott absolutely believes that Scottie Thompson should have been called for a foul late in San Miguel’s close loss to rivals Barangay Ginebra in a meeting between PBA Commissioner’s Cup favorites on Sunday night.

Without batting an eye, the Beermen import rued the non-call on the league’s reigning Most Valuable Player in the game’s final possession that saw the latter barge onto the former in an attempt to steal the ball.

The crowd darlings went on to complete the comeback which Thompson himself starred with by nailing a clutch three-pointer prior to denying the opposition a chance to make do with the 4.8 seconds remaining in the match.

“Honestly, the last possession… I’ve played a lot of basketball in a lot of different places, and that’s a foul anywhere else in the world,” he told reporters moments after the 97-96 defeat at the SMART Araneta Coliseum.

“There’s no way in the world of basketball any player can run through another player to get the basketball and not be a foul,” he added.

The course of the game could have been altered had a whistle been blown. Both squads were already in penalty situations at that point, meaning that Scott would’ve been sent to the foul line to shoot two free throws.

Then again, nothing was called, and the Kings went on to celebrate while the Beermen were left distraught — Scott, floored following that contact from Thompson, took a while to get back up as he questioned what happened.

“If that same play happens with me and I do that to him, that’s a foul. But the refs didn’t see it that way, we didn’t get the call, and the game is over. We lost.”

Tough indeed was the loss but Scott chooses to look at all the lessons it brought him and the rest of the Beermen, who saw its two-game streak end.

“Any time you lose a game like that, it’s a big game, a lot of fans, especially when you have control of the game all game, it’s a tough loss,” said the Ohio native, who led SMB with 26 points and 21 rebounds in the defeat.

“But at the end of the day, my mentality is we never lose, we always learn. We learned a lot of lessons today. We were able to hold off a great defensive team all game, we were able to control the flow of the game all game,” he continued.

“But, [in] the last quarter, we let them get a little rhythm and they took control of the game. Like I said, we learned a lot today.”