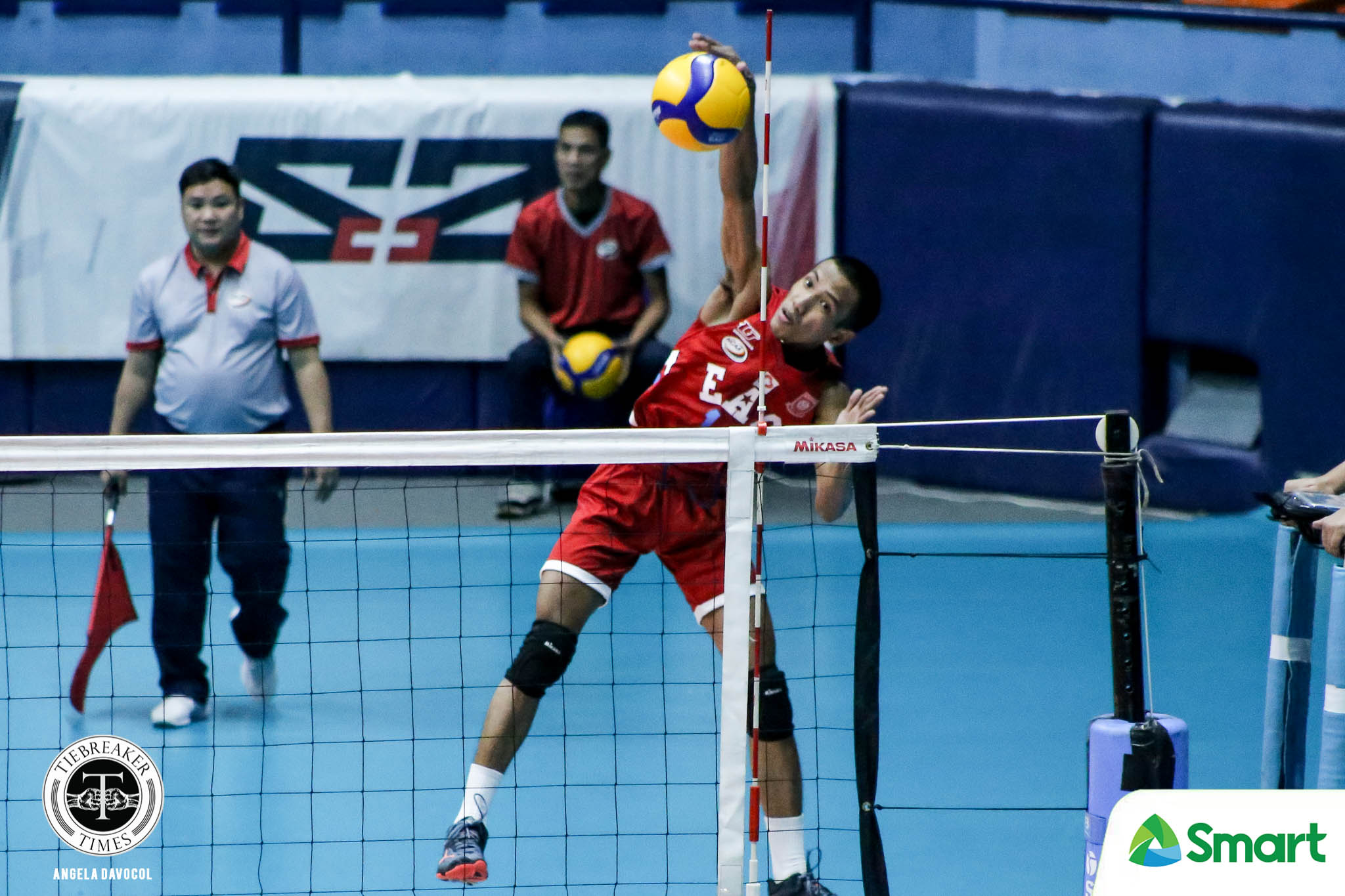 Melad tore apart the Pirates, raining down a plethora of attacks for a game-high 21 points. His offensive outburst stretched EAC’s unbeaten streak to four, still within range of toppling Perpetual (5-0) from atop the standings.

EAC captain Joshua Mina made his presence felt both on offense and defense, pummeling 12 markers while collecting 13 excellent digs. He and Melad were the only ones who graced twin-digit threshold in the match that lasted 72 minutes.

Michael Imperial also continued to churn out the Generals’ offensive barrage. He fanned out 21 excellent sets, paving the way for his team’s domination in attack points, 45 to Lyceum’s 29.

Despite EAC’s convincing triumph, Palmero acknowledges that the Generals are still a work in progress.

The Pirates, on the other hand, continue to trudge in the middle of the pack with a 1-4 card.

EAC now has its sights set on JRU in a bid to keep its slate pristine on Thursday, January 30. Meanwhile, Lyceum will try to return to the win column when it battles with a win-hungry Letran side. Both matches will be held at the same venue.