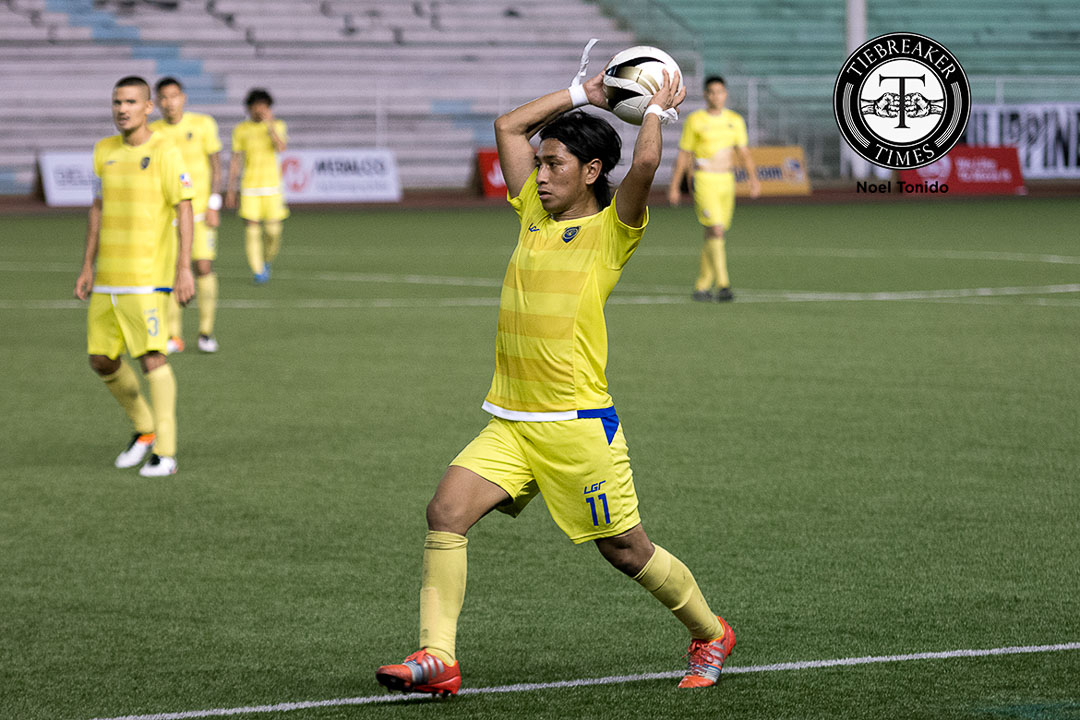 Among the stellar players available for Philippine Azkals head coach Thomas Dooley in the 1-0 friendly win against Kyrgyzstan was Daisuke Sato.

After the game, the Romanian-based fullback felt glad to be back in the fold and expressed hope of seeing action in the upcoming 2016 AFF Suzuki Cup that the Philippines will co-host with Myanmar.

So far, Sato’s participation is still hanging in the balance as his team in Romania, CSMS Iasi, have yet to make a decision on whether to let him join the national team for the regional tournament.

“[We’re] still negotiating with the club. At the moment I can’t say anything but I hope to play,” the young defender said.

In the 90-minute affair, Sato impressed fans anew as he showed he can hold his own playing as a center-back for the team.

“My original position is left back but if [coach] Dooley wants me to play center back it’s not a problem for me because I just want to help the team. I know I’m strong on defense. I’m not tall but I can deal with it,” the former Global FC mainstay said.

“I’m happy that he trusts me in a different position.”

Sato returned to the national team after missing last month’s set of international friendlies against Bahrain and North Korea. In those games, the main talking point was the vulnerability of the Azkals on the defensive end. Aware of the problems, Sato gave a positive feedback regarding the state of the defense against Kyrgyzstan.

“We knew that they are strong but we said before the game that let’s play out from the back. We played really well out of the back, passing really well,” the 22-year-old reflected. “After 15 minutes they didn’t put much pressure on us. We get more confidence whenever they do that.”

As Sato continues to improve in his stint abroad, his importance to the national team has also grown. In a time when the team recently lost veteran defenders Jerry Lucena, Juani Guirado, and Rob Gier, an experienced player like Sato is a valuable asset in the back line.

The defender isn’t also shy to take the lead, saying, “If I’m playing center back, I’m gonna take the team as a leader. I can speak, I can talk to them.”

Playing in Romania has been clearly helping Sato develop into one of the country’s finest players.

“It’s a really good experience in having there. Really a lot of pressure every game. All the players are really high-level.

“You have to be really focused every minute, every second. That helps me a lot,” he said.

As the season coincides with the Suzuki Cup and Sato getting a run with CSMS Iasi, there’s no wonder the Romanian team aren’t completely keen on missing one of their new recruits.

The AFF Suzuki Cup is just a week away and it remains to be seen whether Sato will be suiting up for club or country. In the bigger picture, Sato’s case presents a good problem for Philippine football. There are positives either way, but for a Filipino longing to help his country get to where they wish to be in ASEAN Football, Sato would most probably feel best if he gets to wear the Azkals’ colors come next week