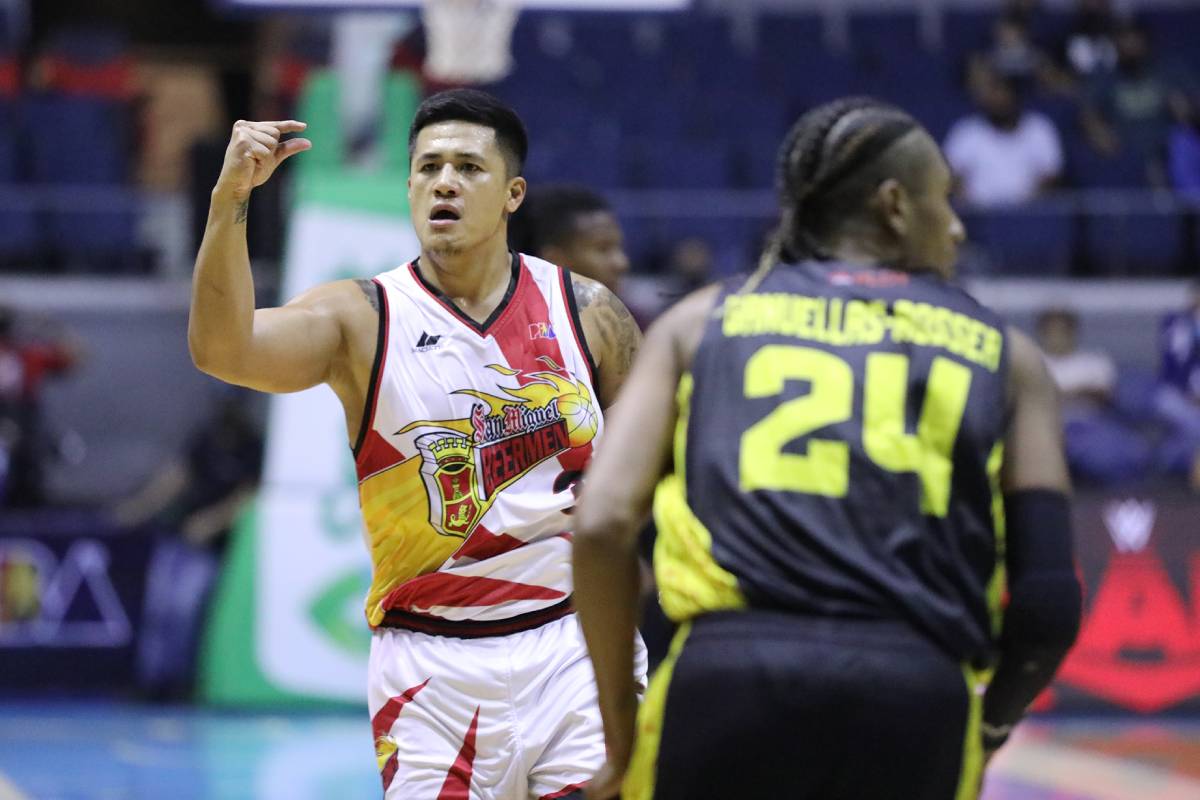 It’s all love between the former teammates.

Jericho Cruz and Roger Pogoy were quick to move on from their altercation late in San Miguel’s PBA Philippine Cup meeting with TNT, Thursday night.

The two got heated with 4:10 left in the game and with the Beermen up big, 105-88, as Cruz apparently didn’t like the foul given up by Pogoy.

Both men had to be separated by their respective teammates and no untoward incident occurred as the referees were also able to contain the situation.

Cruz and Pogoy were both slapped with technical fouls apiece for verbal altercation following a review by game officials.

SMB went on to take the 115-99 victory, and the feisty guard out of Adamson said that what happened was simply a ‘part of the game.’

Pogoy, for his part, echoed his fellow two-way specialist, whom he played alongside with during the latter’s short stint with the Tropa from 2018-19.

“Wala, lambingan lang din ‘yun,” said the Cebuano cager, who finished with 11 points for TNT in the loss that snapped their five-game win streak.