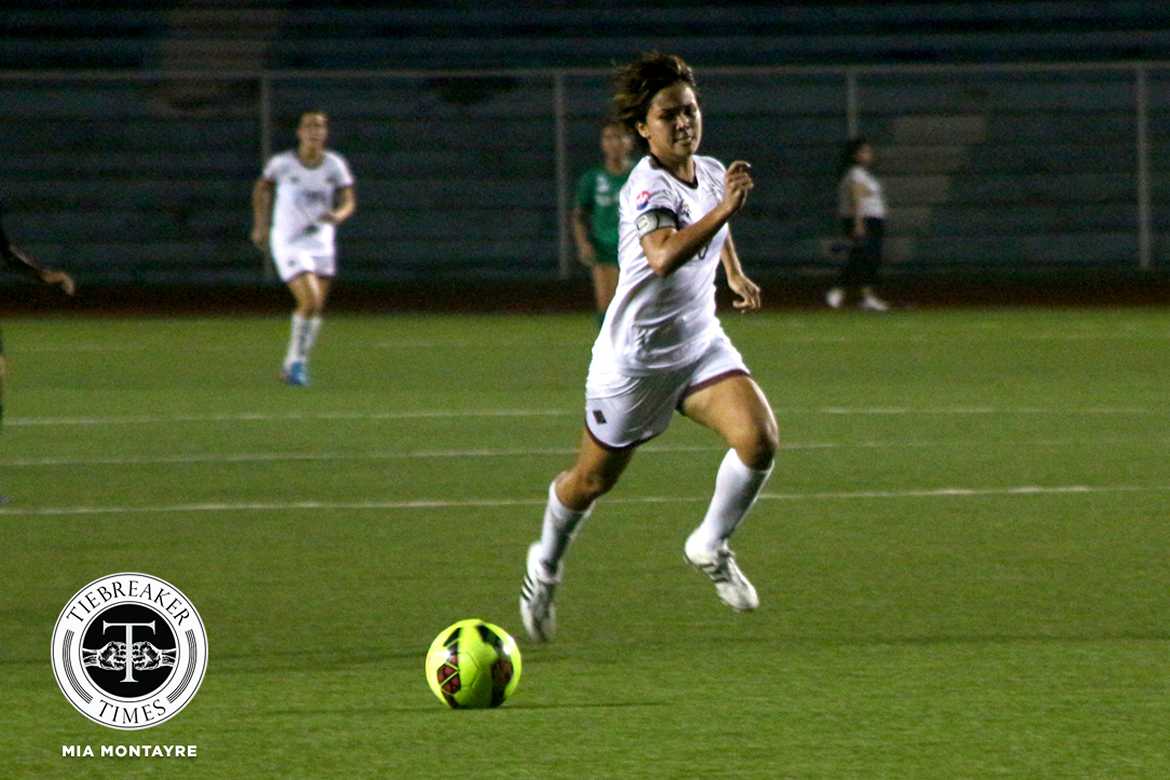 It might still be early in the UAAP Season 79 Women’s Football Tournament, but things are looking bad for the defending champions University of the Philippines Lady Maroons.

For UP striker Cristina De Los Reyes, quite a few things need to be changed for the better. “I do think we have to make some very major adjustments in the way we start things off. I think we started things off better than we did against Ateneo but our mindset still needs adjustments,” shared De Los Reyes.

“Basically every day we have to figure out where we’re training and it’s really challenging because we all have different schedules in school,” the Industrial Engineering student narrated.

“It’s really challenging but you know we did it last year so it’s no excuse that we can’t do it this year. We really have to change our mindset. That’s all it is, all mindset.”

Pitch problems are one thing, but the personnel issues are worse. Another UP forward, Kali Huff, wasn’t included in the lineup this season after picking up a dreaded ACL injury in Season 78. Huff still hasn’t played a competitive game since she got injured.

“We lost Kali at the start of the season last year and it was a big blow to us and we were hoping she could play this year as well. But since she wasn’t able to get back in time I think that we have to look forward. She’s still a major part of our team but we have to make the most of what we have,” stated the Sucat-resident.

Nevertheless, there is still light at the tunnel’s end for De Los Reyes and the rest of the Lady Maroons. They still have six more games this Season 79 to make it into the finals. Just like last season, State U should never be counted out.

The fifth-year student surmised, “As leaders of the team we’re trying to take it one step at a time. We know we’re in a crisis right now.

“We know we have to get back in the championship [race], but we’re gonna try and stay calm and see what happens.”