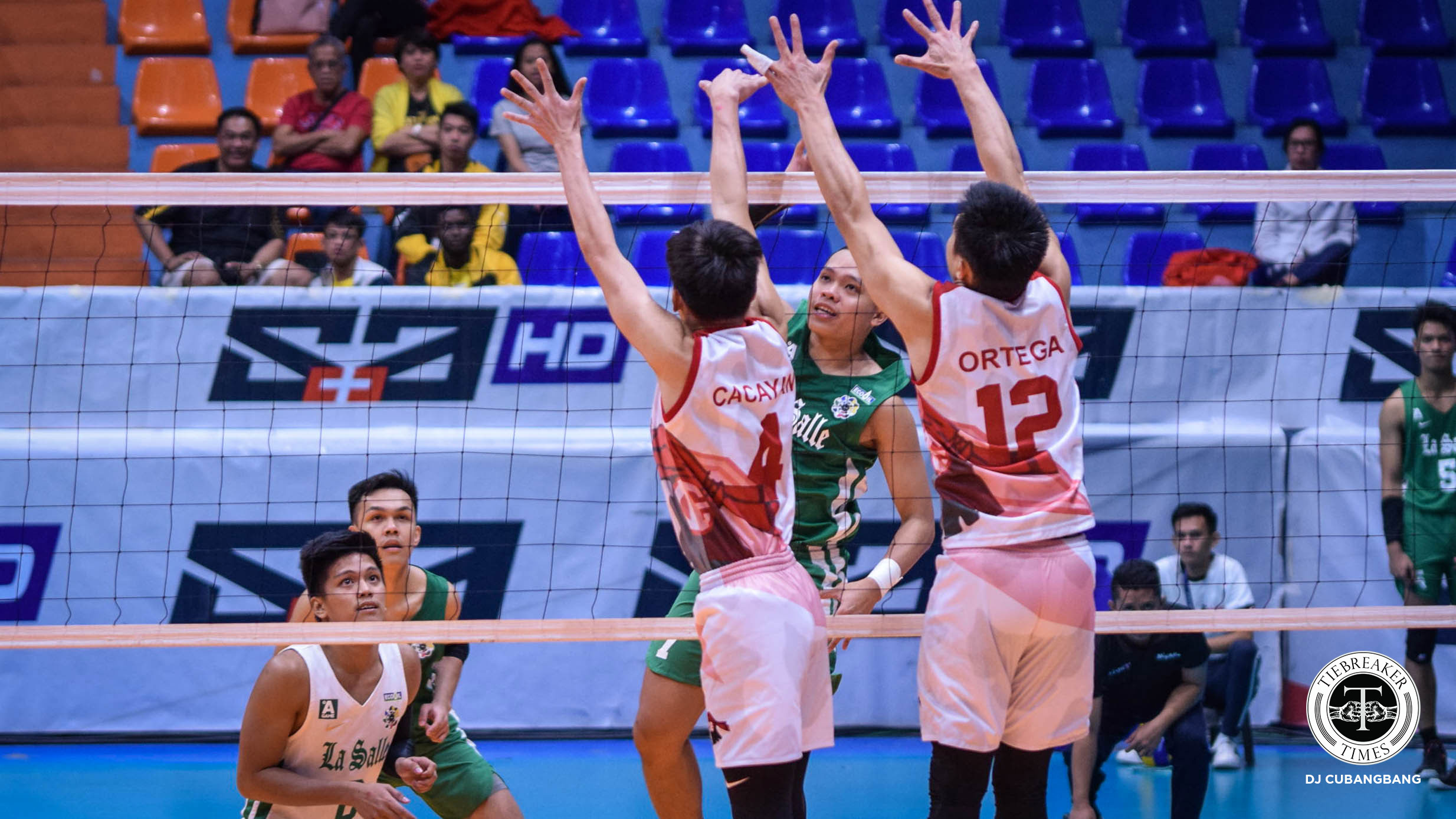 Almost letting a two-set lead slip, the De La Salle University Green Spikers recovered just in time to squeeze past the University of the East Red Warriors, 25-14, 25-10, 23-25, 22-25, 15-13, for their second win in UAAP Season 81 Men’s Volleyball tournament at the FilOil Flying V Centre.

La Salle’s dominance through the first two sets was stemmed by UE’s gritty floor defense, which tallied most of their 73 digs in the last three sets.

The fifth set had both teams trade share of the lead as a La Salle attack error forced a 13-all knot. Following a timeout, Kieffer Reyes pulled La Salle ahead with a quick attack before UE collapsed and gave away an attack fault to end the match.

Both teams play their final matches of the first round at the FilOil Flying V Centre. La Salle (2-4) takes on Far Eastern University (5-0) on Saturday while UE (1-5) takes on University of Santo Tomas (3-3) on Sunday.