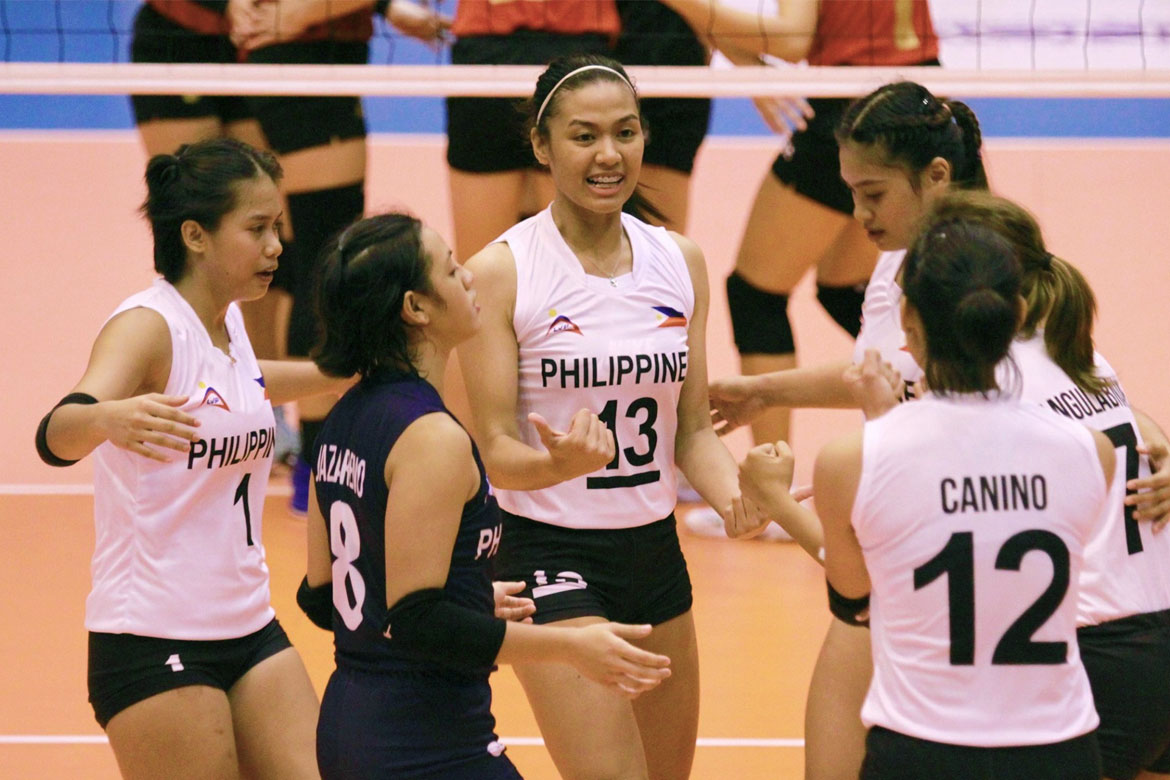 And in its entirety, though the youth-laden team put up a gallant stand, it was still marred with a slew of harsh criticisms. After all, the Nationals are coming home without a win following back-to-back losses to Okayama Seagulls and 3BB Nakornnont, respectively.

Amidst all the heartbreaks, the likes of Alyssa Valdez, Jia Morado, and Michele Gumabao, all of whom have heeded to the call of national duty, made it known that they will always have the younger generation’s back.

“‘Yung girls, we’ve seen them. I’ve seen them play, I watched their games also. I see how hard they fight,” bared Morado, who was a member of the country’s U-23 squad before and a current member of the senior team. “They’re not there just for nothing, they’re there for the country, so kudos sa kanila.

“Nothing to be ashamed of, really.”

Valdez, who has been playing for flag and country for over than a decade already, also chimed in, saying, “It’s part of the learning experience you get internationally talaga.

Gumabao, who has represented the country as a volleyball player and as a beauty queen, also commended the bravery of the country’s up and coming stars. She even called out everyone to just “support whoever is representing the country”.

However, the country’s bet in the 2018 Miss Globe did not shy away from pointing out and emphasizing the need for an extensive program that will further help prepare those who will carry the country on their backs in future endeavors overseas.

“You reap what you sow. In Creamline, here in PVL, we sow hard work, we reap wins. It’s the same in international,” the 26-year-old Gumabao said.

Valdez further stressed, “Training is really important. We’ve seen Thailand keep on doing like magpadala ng mga mas bata to experience everything. I think that’s good but I think the program must be in line with everything talaga.”

Furthermore, Morado asserted that competing in the international scene with pride of a whole nation on the line is by no means a “joke”.

Given this, she stressed that one must expect that, in an open playing field like the prestigious invitational tournament in Thailand, seasoned players from all around the continent will come out and play. She also underscored that preparation will always make a world of difference.

“They’re going up against teams that have been training together for years,” the 24-year-old setter said. “Hindi lang puwedeng saglit lang na training and then sasabak na kaagad.

“For sure any player that you put there would fight their hearts out for the country pero iba pa rin ang training na magkakasama kayo ng matagal.”

Geje Eustaquio banking on experience as he preps for Wakamatsu