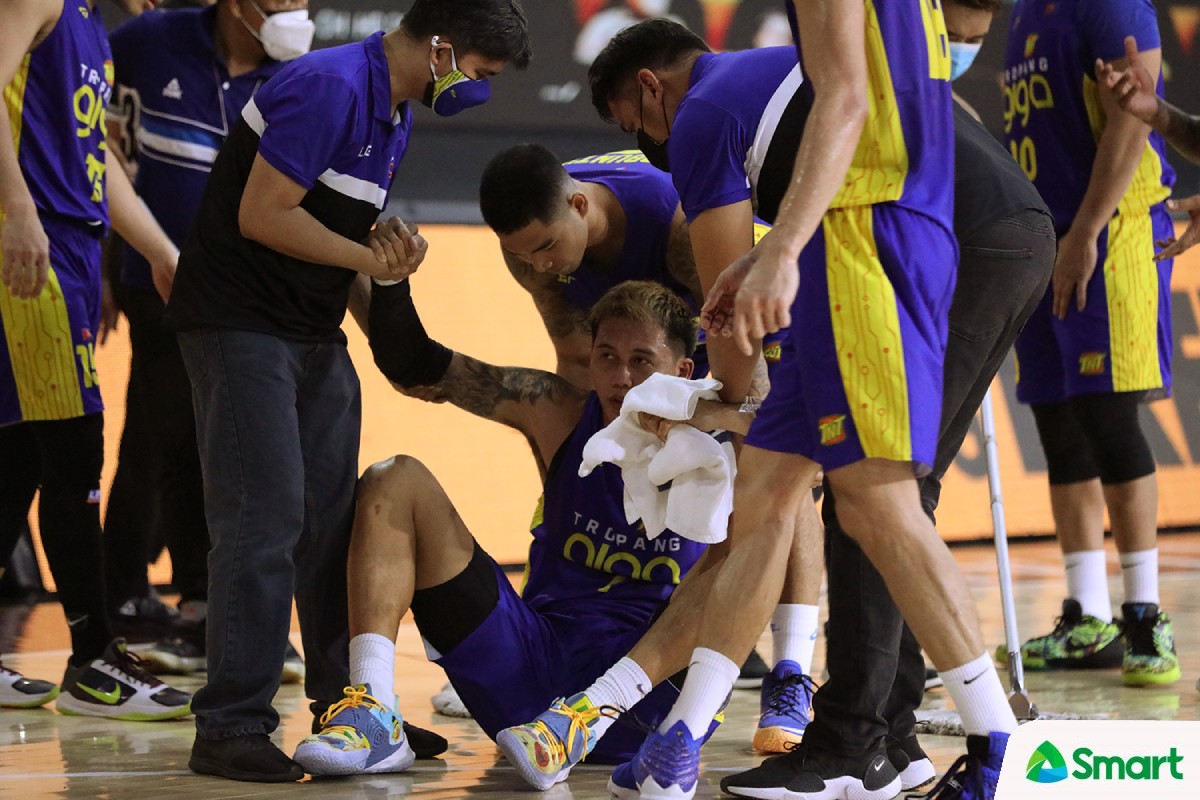 The two big men got entangled with less than nine minutes remaining in the second period as they went after the rock. And as they fell together, Erram’s face slammed onto the floor as his counterpart landed on his head.

Tautuaa was able to get back up and score but the 6-foot-8 center remained on the floor, lying prone, clutching on his face. Play was then stopped at the 8:29-mark as the Tropang Giga attended to their teammate and helped him up.

And after the halftime intermission, Erram was reportedly sent to the hospital to be checked further, leaving TNT with a big hole in the middle which SMB took advantage of en route to the 116-90 victory to tie the series.

Tautuaa, though, explained that his legs tripped and that he was actually trying his best not to land on Erram during that sequence.

“We were both scrambling for the ball, and my legs got tangled up. I try to not land on him, you know,” he told Tiebreaker Times after the match.

“I was trying not to fall on him and when I tried to jump, I didn’t get out far enough.”

He then insisted that it was never an intention of his to hurt anybody. “I wish all the best for him, and prayers for him. But no way it was intentional or anything like that,” said the former top overall pick by TNT.

#ReadMore  Newsome finding confidence back after sitout due to protocols

That incident, however, did not rob Tautuua out of his focus. He finished with a conference-high 25 points on an efficient 7-of-9 shooting from the field, together with nine rebounds, an assist, a steal, and a block in 25 minutes.

“I feel like I did better this time, I was finishing my layups. If you guys [had] seen my stats lately, I was struggling from the layups. It was nice to see the ball go in. Finally,” said the 32-year-old, who already had 19 in the first half.

Still, Tautuaa will make it a point to check on Erram, with his fingers crossed that everything is well with the former Defensive Player of the Year.