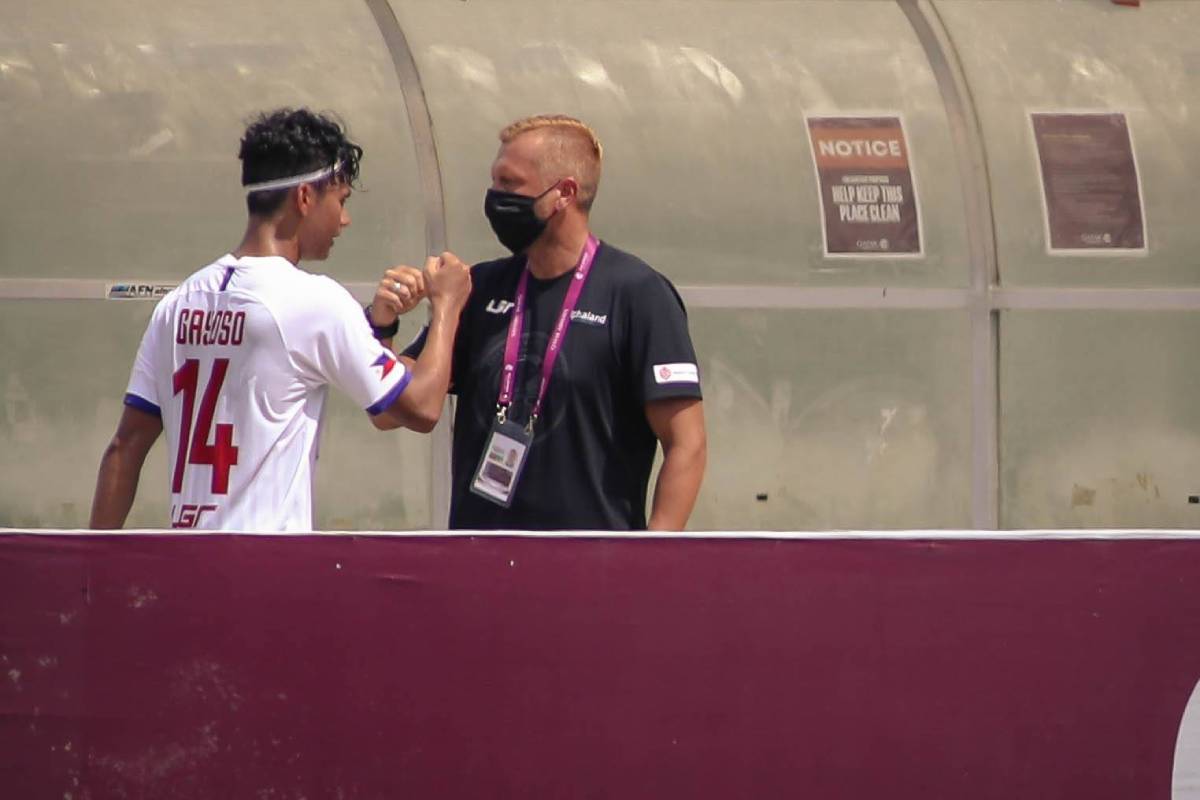 There are times when coaches have to play with the cards that they’re dealt with.

And this is the scenario that Philippine Azkals mentor Scott Cooper is trying to solve ahead of his team’s foray into the joint 2022 FIFA World Cup and 2023 AFC Asian Cup qualifiers in Suzhou, China, next month.

The veteran coach disclosed that his program in Doha, Qatar, has been beset with issues concerning the attendance of players with only a few days before the team sets off to China.

“We’re still facing challenges now, but I mean… You can’t really prepare a team; you can only prepare the names of the squad because they’re coming in from their own club teams and therefore we have to deal with, not just the clubs now… We have to deal with other countries, their quarantine (policies), their restrictions, their protocols. And so it’s really difficult,” lamented the 50-year-old tactician on Radyo 5’s Power and Play.

“FIFA extended the calendar to enable countries to work with players and their clubs so it’s really, really difficult because you’re trying to get the right players on the field. And we’re still encountering big problems even to this day and last night. They’re just endless.

We’re going to enter a bubble in China to finish off the group stage, meaning we’re not actually getting the two home games we should have actually got.”

From the original list of players, the likes of Neil Etheridge and John-Patrick Strauss are nursing injuries, while Iain Ramsay cannot get past travel restrictions. Carli de Murga failed to get a Chinese visa on time; Raphael Obermair asked to skip this round; and Niko de Vera has personal issues to deal with.

Meanwhile, Jesper Nyholm, Lloyd Fagerlie, and Gerrit Holtmann were unable to get their Philippine passports before the deadline.

On the other hand, former Global goalie Patrick Deyto was not up for selection because of a “family situation,” as per Cooper.

“You know it’s a difficult challenge. We had a long list but from the original list we had… 11 or 12 of those players will not be in China with us, and about seven or eight of them would have been potentially starting players. So we’ve been hit really, really hard,” he added.

Under normal circumstances, all these players would have probably been available for selection. But the effects of the COVID-19 pandemic, and how it has condensed professional league seasons and forced the enforcement of different policies worldwide, have made the Philippines a weaker team to go up against — at least on paper.

“We will be competitive, there’s no doubt about that. We have very good players here. Selecting a team is always subjective… You know we’re going to have the players to be very competitive,” shared the Azkals Development Team manager.

“We just have some elite players who we’ve lost, unfortunately, and we can build on that.”

For now, though, Cooper’s target is reading the third qualifying round of the 2023 AFC Asian Cup. The Philippines is on 7 points, level with China but below the latter due to an inferior goal difference. The Azkals look to score wins against China, Maldives, and Guam to move to the next phase.

“The 2026 World Cup is the target for us. But before that, the Asian Cup and getting out of the group is the target. We should be looking at trying to win the SEA Games and the Suzuki Cup. That’s what the fans need to see [from] us — not just do well in something, but win something. And so we will go and give our best in this Chinese bubble and see where it goes,” he said.

He then added, “Some players that maybe didn’t have the chance before now do have the chance to implant their name in my mind so that they can stay with us. It is what it is. I’m sure all of the countries are dealing with similar things as well, but we’re going to be positive.

We know the future is bright, but all we’re focusing on right now is what we can do in China. We’re still confident that we can give a good show of ourselves.”