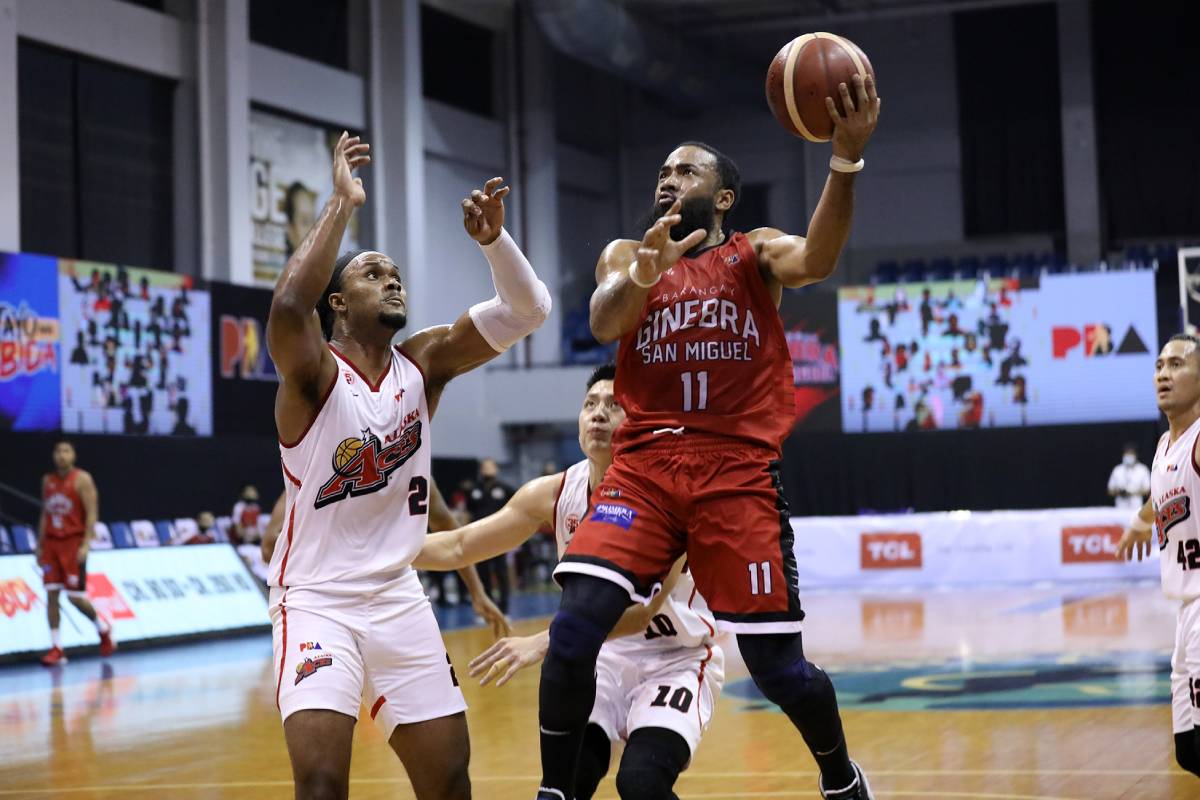 Coach Tim Cone simply felt thankful that his players were there to save him as Barangay Ginebra arrested its two-game slide in the 2020 PBA Philippine Cup through an 87-81 escape from a tough Alaska side, Tuesday night.

The Gin Kings started slow in the match that saw them go down by 13 points in the second frame. They recovered in the second half, frustrating the Aces to collect their fifth win in the bubble.

“We played terrible in the first half, and that was totally on me,” he said. “We tried out some new concepts, and we only had a couple of days to prepare for, and we weren’t comfortable running it in the first half and it showed.

“And then we went back to playing Ginebra basketball in the second half and went back to what we were doing in the past couple of years. And thankfully, the players saved me,” added the league’s most accomplished mentor.

Leading the way for his wards was Stanley Pringle, who played his best game yet in a Ginebra uniform. He finished with 31 points on 62-percent shooting from the field alongside six rebounds and a steal.

He carried much of the load in the first half with 20 points, before coming up big down the stretch. Pringle scored seven straight to flip a two-point deficit to an 82-77 advantage with 1:19 left.

The Aces continued to fight back behind Mike DiGregorio and Rodney Brondial, but the former scoring champion was there to stop them on their tracks. He sank his free throws with 8.5 ticks left to settle the final count.

#ReadMore  From Poster-victim to Hero: Arvin Tolentino shows no fear for Ginebra

“We lost two straight, so every single person was focused on bouncing back and trying to come out with the win,” he said.

“We were all being creative in trying new things. It finally came together, and [we] got one in crunch time.”

This has been yet another solid outing from Pringle, who has been a consistent cog for the Barangay this season. Even in their last two losses, he averaged 22.0 points on a 50-percent clip.

Cone, of course, is glad to have someone like the explosive 33-year-old guard on his side, calling it a ‘luxury.’ “Stanley is the most consistent player in the league, much less Ginebra,” he beamed.

“It’s such a luxury to have a guy like Stanley on your team who can do so many things. The good thing about Stanley is he’s not a spoiled superstar. He’s over himself. He doesn’t think about himself at any moment. He’s really easy, follows instructions. He does all the work, shows up at every practice — he just doesn’t have that superstar attitude,” Cone added.

“Plus, he’ll take on the tough defensive assignments, too. It’s just a real luxury to have him on that team. We can go to him in big moments and throughout the whole game and he will respond. We have great confidence in him.”