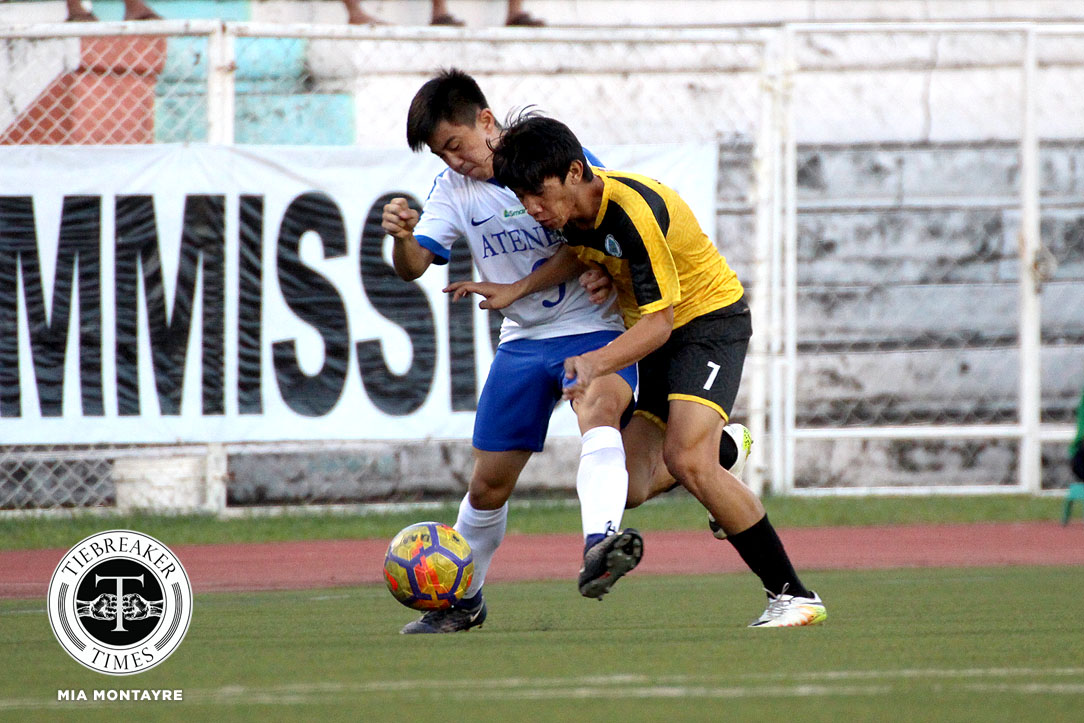 Conrado Dimacali’s extra time goal proved to be the decider as the University of Santo Tomas Golden Booters nullified Jarvey Gayoso and the rest of the Ateneo de Manila University Blue Eagles towards a 1-0 victory Thursday afternoon at the historic Rizal Memorial Stadium in Manila.

It will be UST’s first finals appearance since Season 74 and they will try to win their first championship since Season 69.

“For the players, deserving sila na maglaro sa Finals kasi ginawa nila lahat kanina. They didn’t give up. They didn’t give in since first half,” said UST coach Marjo Allado after his side finally overcame their Final Four hump.

Following a goalless first half, the two schools upped the ante upon their return for the second period. Gayoso and Julian Roxas forced routine stops from Golden Booters goalkeeper Zaldy Abraham Jr. Ateneo then almost broke the deadlock halfway through the period but Jeremiah Rocha’s tap-in was ruled out because of offside.

At the other end, UST struggled to threaten Ateneo goalkeeper Jae Arcilla’s goal. Every set-piece for the Golden Booters was easily repelled by the Blue Eagles backline. Only veteran striker Steven Anotado had a sniff at goal but the attempt was straight at Arcilla.

It was in the final minute of first half extra time when the deadlock was finally broken. Substitute UST midfielder Dimacali took advantage of a scramble inside the Ateneo box and headed the ball into the goal to send the Golden Booters into dreamland.

The Blue Eagles were stunned. Time ticked on but the Katipunan school ran out of ideas on how to break down the tight UST defense. Renko Gaudiel tried his luck with a free kick outside the Golden Booters box but his attempt was painfully denied by the crossbar.

On the other side, Sam Lim, Koko Gaudiel, Paolo Allam, and Michael Castillo played their final game for Ateneo. Lim still has a year of eligibility left but decided to forego it.

In the end, it was the Espana school’s day to celebrate as they now advance to the Finals against De La Salle University or University of the Philippines. That game shall be played on May 3, 3:00 PM at Rizal Memorial.