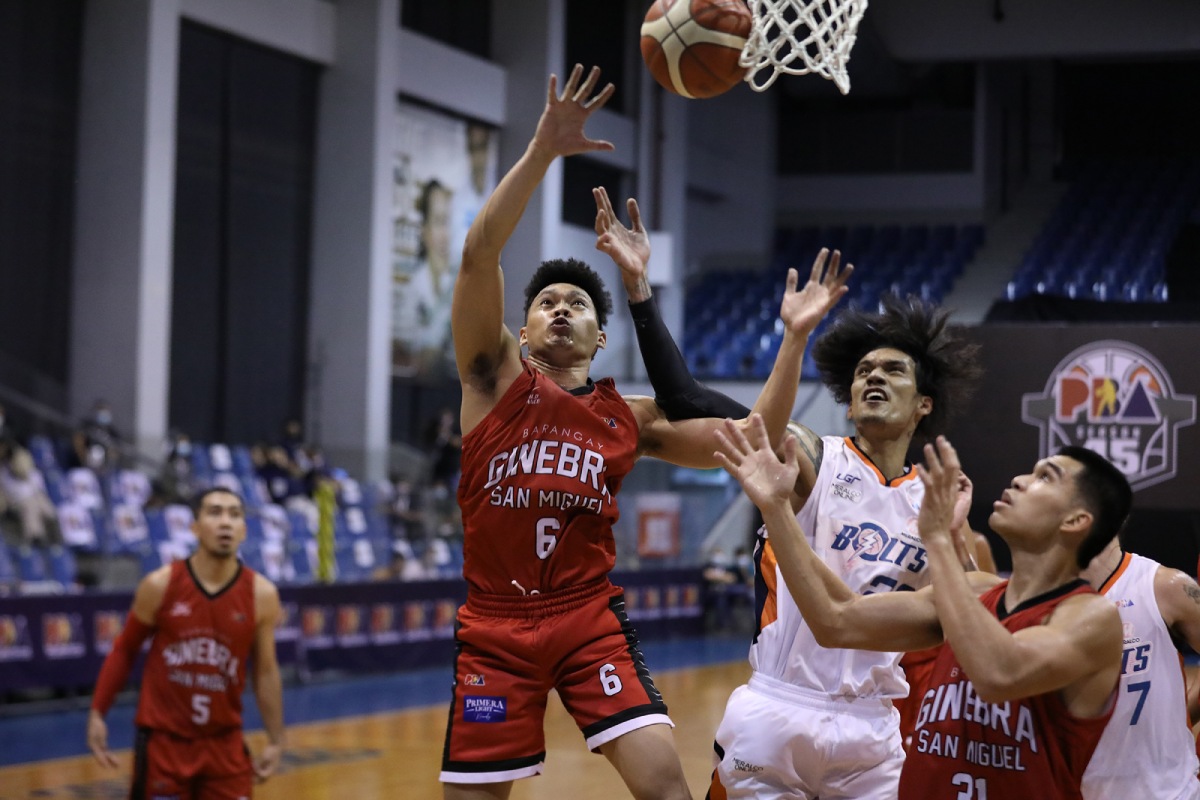 SMART CLARK GIGA CITY — Scottie Thompson has long established himself as one of the best rebounders in the PBA today, and he proved it yet again in Ginebra’s 2020 PBA Philippine Cup semifinal battle versus Meralco.

Sure, it was his series-clinching three-pointer that made the versatile 6-foot-1 guard the center of attention on Friday night. Still, that match was also another vivid display of his knack for hauling down boards with ease.

Thompson collected a total of 12 rebounds in a performance that also saw him collect 20 points, seven assists, and a steal in 38 minutes.

Across five games in the semis, the former NCAA Most Valuable Player normed 8.6 caroms — just behind the 9.8 of Japeth Aguilar.

Head coach Tim Cone has been handling Thompson since 2015. Up to now, though, he remains amazed with his prized guard’s rebounding ability.

“The only guy that I really saw be able to do that — he did it a little differently I think in his career — was Sonny Jaworski.

“I’m talking about as a guard, being able to dominate on the boards as Scottie does,” he said.

“That’s just a special skill that he has. He has a nose for the ball,” added the league’s only 22-time champion coach.

And that ‘special skill,’ according to Cone, is what makes it close to impossible for other teams to contain him from getting boards.

#ReadMore  Patience is the name of the game for 'Big Ben'