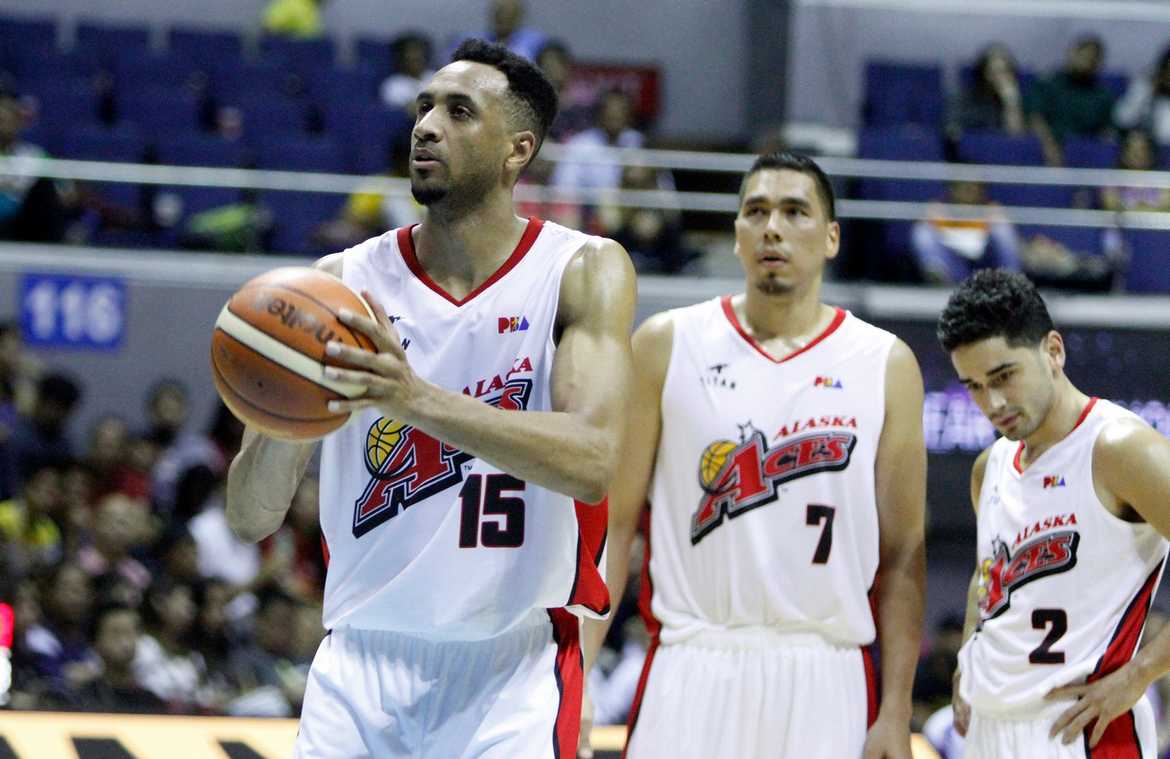 Although Shane Edwards is not part of the Alaska Aces’ roster for the PBA Commissioner’s Cup quarterfinals anymore, team members can’t help but express their sincerest gratitude for for the hardworking import which helped the Aces get to the playoffs.

“There are not enough good examples in the world. Shane Edwards is one of the best people I’ve been around (with). I had to tell him we are going with Rob. We had to sit down, it was a dreaded talk for me because he was a great guy that I had zero complaints about. We sat down, and in typical Shane fashion, it had such class, it was light,” Alaska head coach Alex Compton said Friday night.

Edwards was brought as an interim import primarily as the Aces waited for Rob Dozier recover from an injury. Edwards impressed from the start, helping Alaska win five straight games. He wounded up with a 6-3 record in nine appearances, averaging 22.1 PPG, 11.9 RPG, 2.7 APG, and 2.1 BPG.

Sadly, Edwards’ tenure came to an end after the Aces brought back Dozier for their match against NLEX last Friday. But the import handled the situation with class, something that Compton appreciates.

“Shane wanted to stay, and wanted to practice. Shane practiced and you would never know he got cut. He was the exact same person, handled adversity with utmost class, and he wanted to come to the game to cheer on the team and he did. I hope my whole life I am blessed with imports of that character. He helped us make the quarterfinals and I am grateful.”

Dozier, who has been practicing with the Aces for two weeks now, added Edwards put the team “in a good position.”

“Definitely, it is much appreciated. Without him, we could have gone south. We definitely appreciate it and he is a good person,” the former Best Import winner said.

Moving forward, Dozier says he will just contribute whatever he can now that he is at full-strength.

“I am doing the best I can. My body felt great out there.”