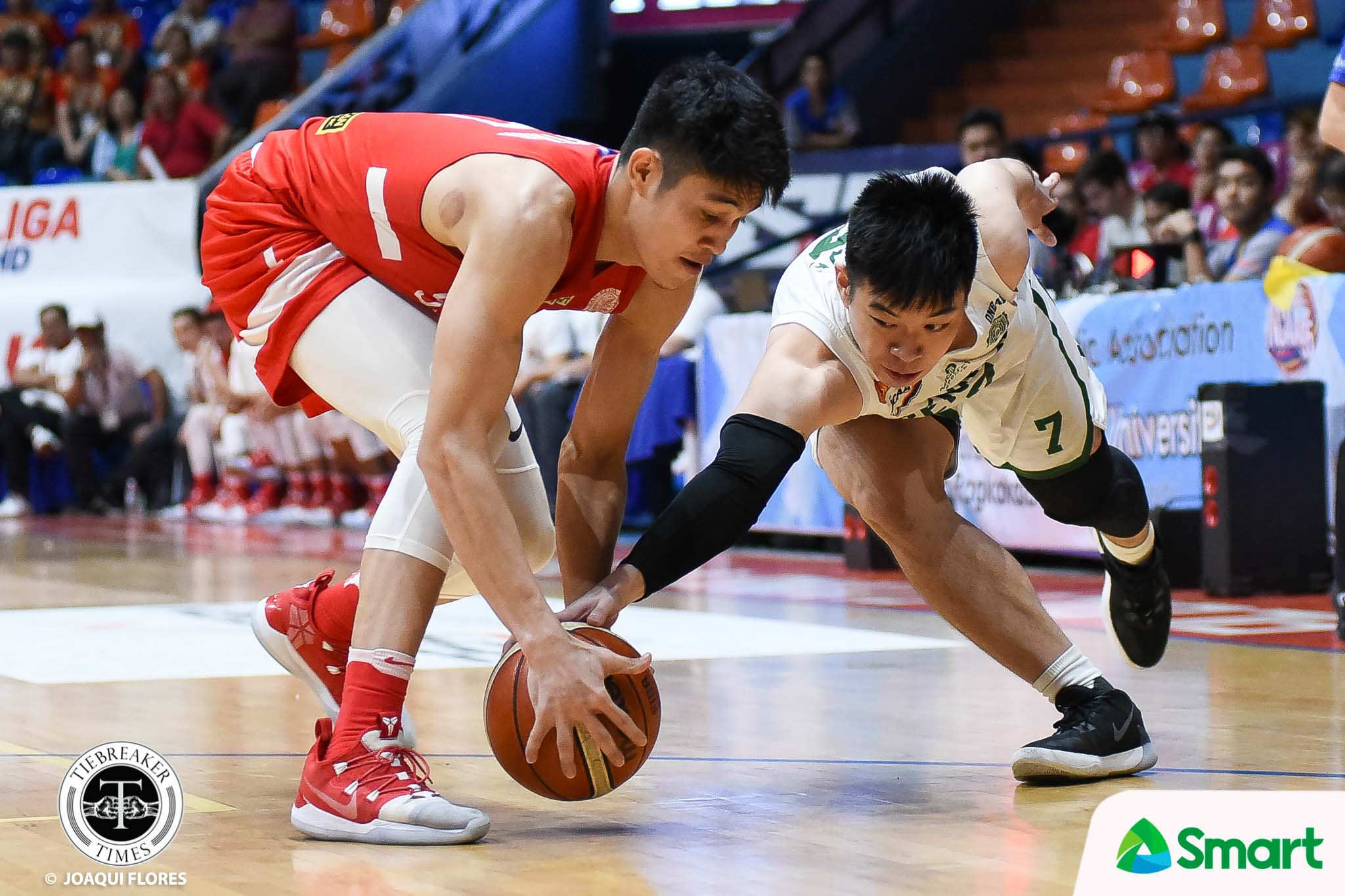 San Beda’s Calvin Oftana continues to take his game to new heights while helping the Red Lions in their quest to extend their reign in the NCAA Season 95 men’s basketball tournament.

Against a feisty challenge from CSB last week, Oftana put in another show-stopping performance to help the three-time defending champions remain perfect after 17 games.

The veteran forward poured in a personal-best 29 points alongside nine rebounds, five assists, and two steals in San Beda’s 95-73 triumph over the Blazers.

Oftana’s stellar play garnered him his second Chooks-to-Go Collegiate Press Corps NCAA Player of the Week award, the only player to achieve such a feat this season.

“They’ve been playing well for the first sixteen games, then why be different in the seventeenth?”

Oftana answered the call and was instrumental for his squad in the third. He scored 13 of his output in the quarter to help turn around a one-point halftime deficit into a 72-58 advantage heading into the final frame, all but securing another win for the Red Lions.