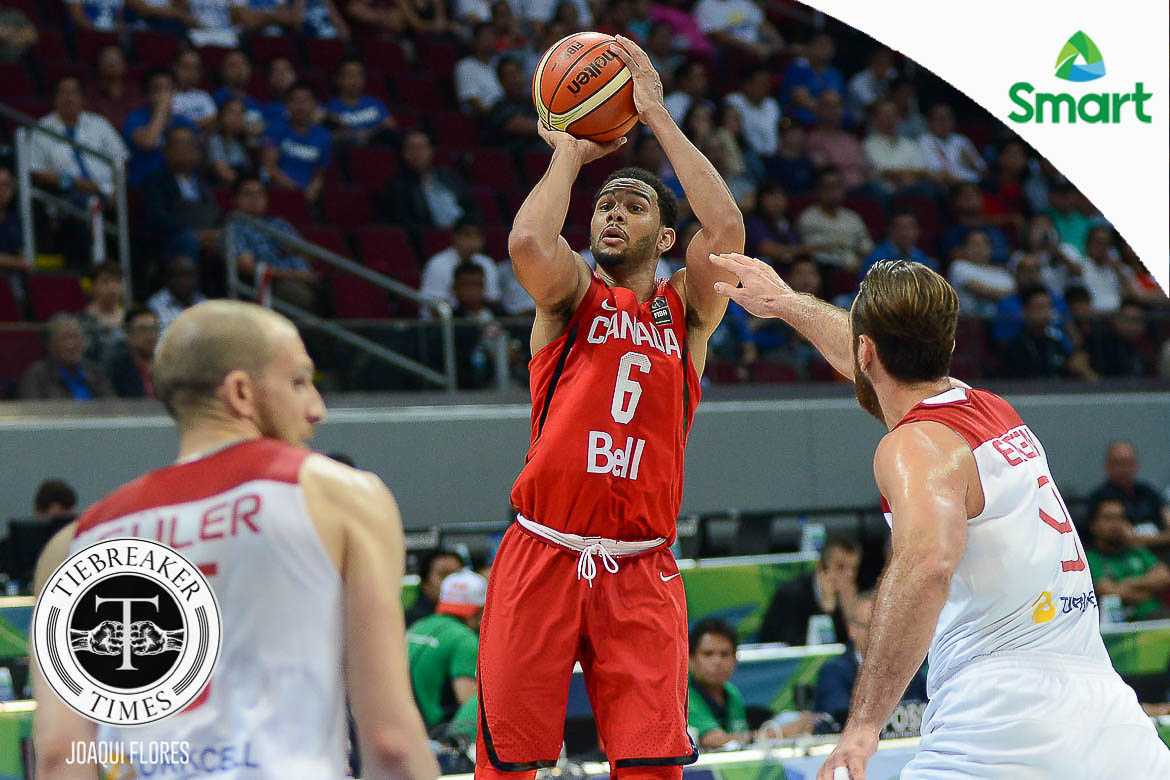 The young Canadian squad leaned on the hot hands of skipper Cory Joseph in a 77-69 win over the veteran-laden Turkish squad to gain their first victory in Group A of the 2016 FIBA Olympic Qualifying Tournament Tuesday evening at the SM Mall of Asia Arena in Pasay City.

Canada quickly built an early 10-5 lead as the Turkish crew crawled to a slow start. After a couple of stops on the defensive end, a combined effort from Sinan Guler and Samet Geyik powered a 10-1 counter for Turkey. As both teams shrugged off early jitters, Canada built another run, capped off by a triple by Phil Scrubb at the buzzer, to give them a 21-17 advantage.

Turkey did a great job drawing fouls but struggled shooting from the line, with only 7/14 conversions from the first half. Meanwhile, Toronto Raptors backup point guard Cory Joseph heated up in the middle of the second, scoring eight straight in a stretch. Turkey struggled from the floor, as they only converted four field goals.

Canada’s lead grew to a game-high 16 points, 50-34, in the third frame, but Cedi Osman helped lead a Turkey comeback to cut the lead to just ten. However, Joseph scored nine straight points to close out the third frame, including a buzzer-beating pull-up jumper, to extend the Road Warriors’ lead to double-digits once more.

A 5-0 start to the last frame by Turkey trimmed the lead down to seven. However, Osman sprained his left ankle with 9:18 left in the game. The incoming NBA rookie scored ten markers and grabbed five boards. Canada responded with consecutive hits from the paint to restore command. Turkey’s rally also slowed down due to the number of free throws they missed.

#ReadMore  Calvin Abueva admits tripping Daniel Kickert, but as retaliation from prior shoves

Scoring slowed down in the last period, while two foul shots by former NBA first round pick Tyler Ennis with 3:29 left made it a 68-56 game. Turkey managed to slice the lead down to six after a minute but time was not on the Turks’ side.

Sinan Guler led the Turkish side with 14 points on 6-for-13 shooting.

Despite getting out-rebounded by Turkey, 40-38, Canada moved the ball better to the tune of 17 assists and 11 fast-break points. Moreover, Turkey ended up missing 15 foul attempts.