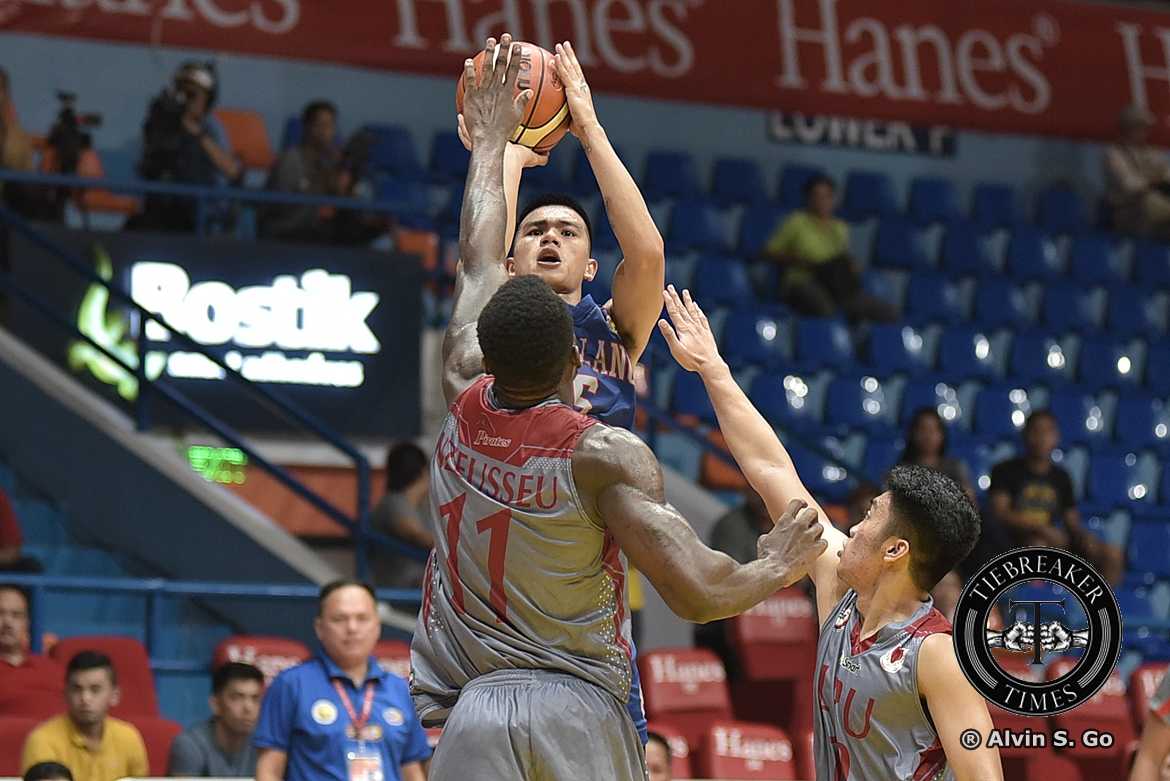 The Bus Driver did not allow his team to lose back-to-back games.

The Arellano University Chiefs relied on the hot hands of Jio Jalalon to once again buck the Lyceum of the Philippines University, 78-75, to stay in the race for a top two spot, Tuesday afternoon at the Filoil Flying V Centre in San Juan City.

The Cagayan de Oro-native dropped 33 points in the game, bouncing back from a dismal 9-of-22 shooting against Perpetual – shooting 14-of-24 in the game. The High Chief scored 15 points in the final frame, including 11 of the last 15 Arellano points.

Up by seven entering the second half, the Pirates relied on the combined efforts of MJ Ayaay and Mike Nzeusseu to chip in to the lead. Edcor Marata then gained the touch, scoring five straight point, to give Lyceum its first taste of the lead, 54-61 with two minutes remaining in the quarter.

The Pirates continued to surge in the final frame, holding a 67-64 lead with four minutes left in the game after it was deemed that Kent Salado’s free throws were nullified due to a missed call by the officials.

Not wanting to absorb back-to-back defeats this season, Jalalon took matters into his own hands.

The Gilas cadet scored on an array of jumpers off of his uncanny dribbling ability, torching the Lyceum backcourt. Louie Magbuhos and MJ Ayaay had no answer for Jalalon as he led the Chiefs’ 12-4 rally, scoring 11 during that stretch, that gave Arellano a 76-71 lead with 34 ticks remaining.

After two conversions from the stripe by Ayaay, the Pirates could not get a stop, fouling Salado who converted on two freebies to seal the win.

Lervin Flores and Kent Salado added 15 and 13 points respectively for the Chiefs.

For Lyceum, MJ Ayaay made a living from the foul stripe, going 12-of-14 to finish the game with 18 points. Mike Nzeusseu added 14 points and 14 rebounds.

The Arellano Chiefs (11-3) will look to lock in on its grip on the second seed on Friday, September 9 against the Letran Knights at 4:00pm. The Lyceum Pirates (5-10) will now play the role of spoilers, facing the San Beda Red Lions on the same day at 4:00pm.

“Focus na lang kami sa things we can control and pursue the one or two position,” Codinera closed as his team is now in solo second in the standings.

READ  The best has yet to come for Jerwin Ancajas