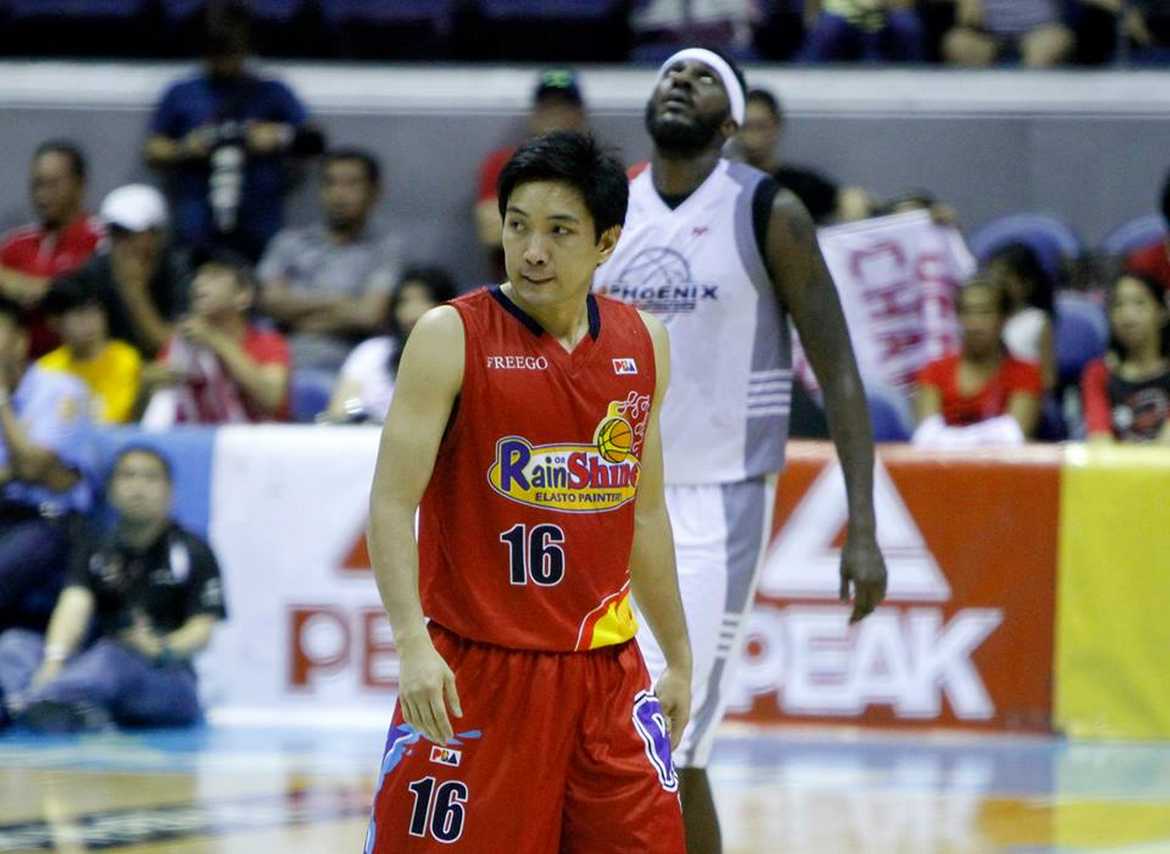 In one of the more exciting and, somewhat, controversial games of the season, the Rain or Shine Elasto Painters needed the heroics of Jeff Chan and Paul Lee to outlast the Phoenix Fuel Masters, 109-104, Friday evening at the Smart-Araneta Coliseum in Quezon City.

After a back-and-forth exchange to start the game, the Elasto Painters went on a 16-8 surge in the second quarter to gain the biggest lead of the game for Rain or Shine, 50-39. However, Phoenix, with their backs against the wall, did not fall to the intimidating Rain or Shine squad as they rallied back behind RR Garcia, JC Intal, Willie Wilson, and reinforcement Kevin Pinkneyy.

“The last few plays to say the least were really exciting. We lost two possessions which are supposed to be ours,” Rain or Shine head coach Yeng Guiao said. “They just kept getting back the lead when we were securing the lead.”

After five straight points by Chris Tiu that gave ROS a 94-88 lead with five minutes remaining in the game, free throws by Wilson and a deep three by Intal cut the deficit to just a solitary point, 101-100. A Chico Lanete layup in transition gave Phoenix the lead momentarily but was answered by free throws by Chan.

With 44.6 ticks left in the game, Pinkney was able to find the hole for a contested lay-in to put Phoenix up 104-103. Chan though was able to find Mo Charlo inside for a basket to put ROS up once more. The Fuel Masters’ reinforcement was able to make his way inside for an easy basket with 17 seconds remaining. However, the shot was nullified after a controversial review by the officials due to offensive interference.

“I thought that (offensive) goal-tending call was a break that was due to us. Masyado nang maraming bumabagsak sa kanilang bola. At least, nabawi rin doon sa goal-tending call,” Guiao said about the call that would have altered the game. “I felt sure it was a goal-tend, but I was still in doubt whether the referees would call it in the review.”

Chan was able to extend their lead with two more freebies. Pinkney though had one more shot at redemption but his triple went in and out. Free throws by Almazan sealed the win for the Elasto Painters, 105-104.

“Our next step is just to make the top 6 at the very least,” Guiao said about the win.

Jeff Chan, in 25 minutes of action, notched a game-high 25 points on 7/12 shooting from the field and was able to knock down three triples. Mo Charlo and Jericho Cruz added 17 and 16 markers respectively.

On the other end, Phoenix’s starters all scored in double-digits with Wilson leading the way with 21 points and was able to grab nine boards. Pinkney had a double-double with 20 points and 14 boards while RR Garcia added 20 points as well.

The Rain or Shine Elasto Painters (5-4) next face the Globalport Batang Pier on Tuesday, April 5 at the Smart-Araneta Coliseum. Meanwhile, The Phoenix Petroleum Fuel Masters (3-5) look to salvage their playoff hopes against the same team on Friday, April 8 in the same venue.