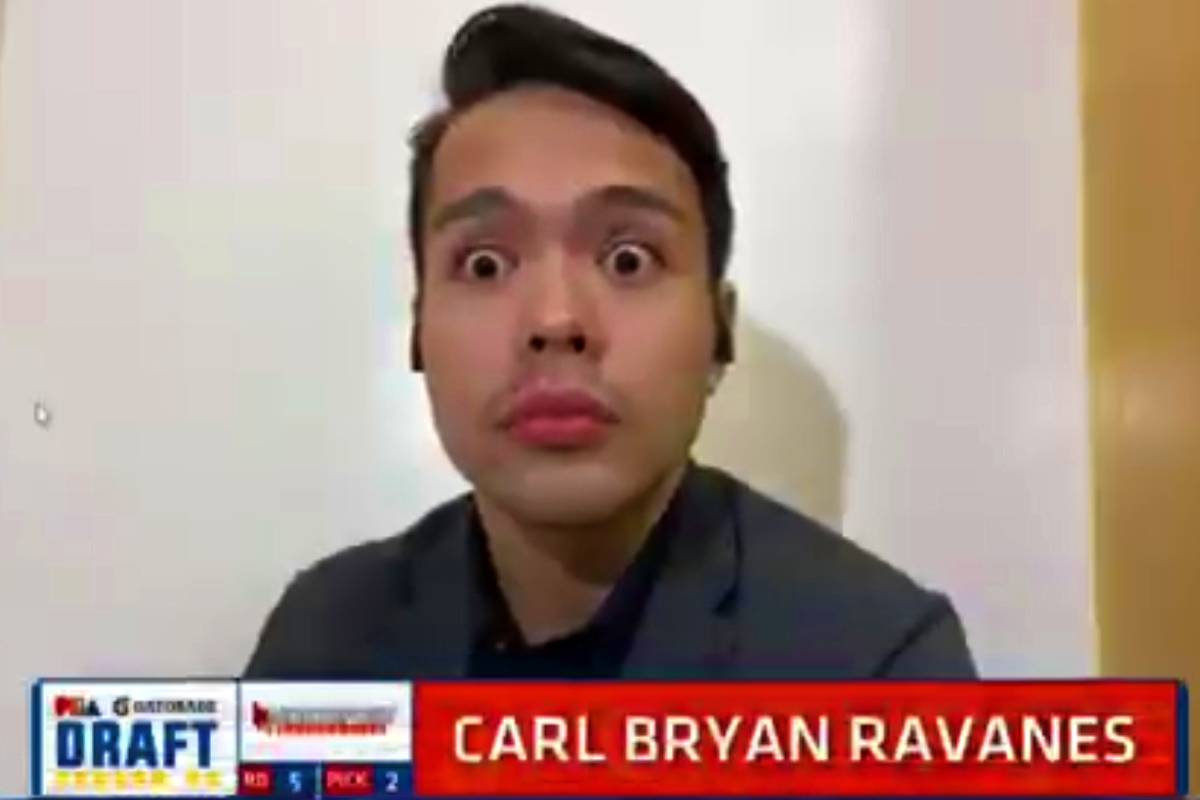 Carl Bryan Ravanes has definitely made his father proud after being drafted in the fifth round of the 2021 PBA Rookie Draft, Sunday at the TV5 Media Center.

The son of former player and current San Miguel assistant coach Biboy Ravanes was taken by NorthPort with the second pick of the said round.

Ravanes, 27, studied at Southville International School Affiliated with Foreign Universities (SISFU). He was initially listed in The Masterpiece-Trinity University of Asia’s roster in the 2019 PBA D-League but did not play.

The 6-foot guard was also part of Binan in the 2019-20 Maharlika Pilipinas Basketball League, but only saw action for three games.

The second-generation cager isn’t only about basketball. He has also been on the big screen, appearing in 2014 film She’s Dating The Gangster.

Also banning the fifth round of the draft proceedings is versatile floor general Jerie Pingoy, who turned emotional upon hearing his name called by Phoenix Super LPG as the round’s penultimate selection.

The draft’s sixth round saw five teams pick as Rain or Shine called it a night, with the Dyip selecting TIP’s Terrence Tumalip first.

NorthPort took Seraj Elmejrab next, before Blackwater nabbed another FEU alum in Jeson Delfinado. NLEX chose Alberto Torres, while the Beermen drafted Jeff Manday to end the round.

The Batang Pier and SMB picked Jonico Gonzales and Luis Antonio Abaca, respectively, in the seventh round. The former then became the last team to choose in the proceedings, selecting Jed Mendoza.

The draft lasted for a total of eight rounds, with 65 players from the pool of 86 names selected.