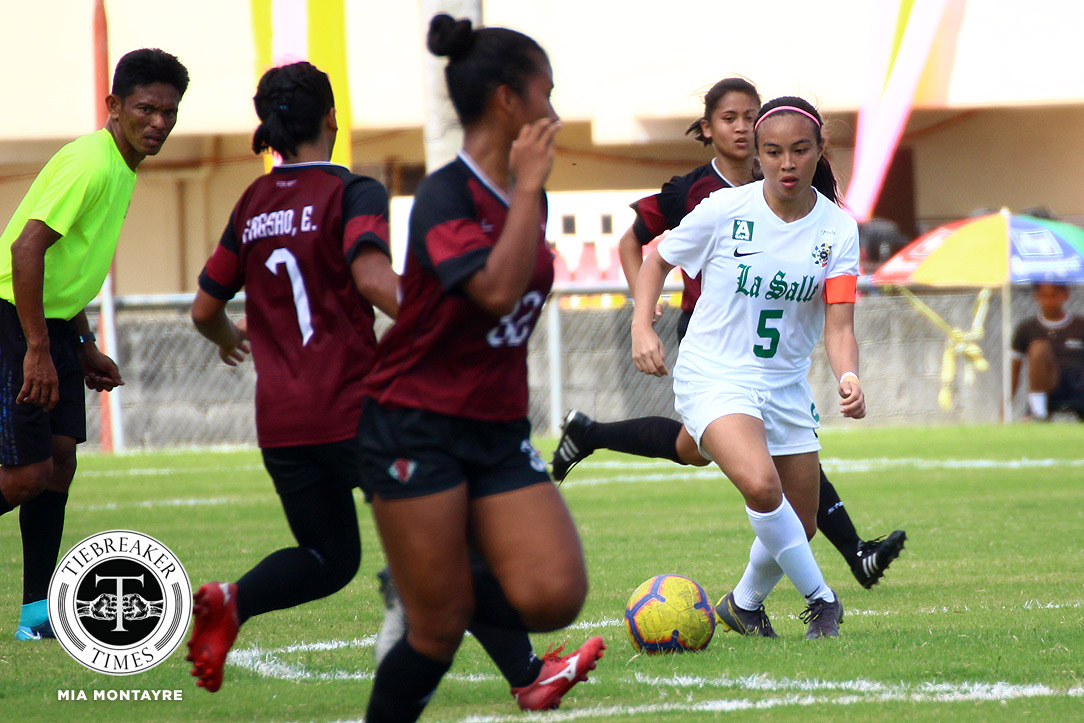 The defending champions have their groove back.

The De La Salle University Lady Archers put up a comprehensive performance at the expense of the University of the Philippines Lady Maroons to win 3-0, Saturday afternoon at the Circulo Verde field in Quezon City.

“We had to come out from that last game (against UST),” said La Salle mentor Hans-Peter Smit. “You should consider a draw as a loss and you should bounce back from that kind of a game, because you know you can do better.”

Smit’s ladies took the lead in the 28th minute thanks to a fantastic strike from skipper Kyra Dimaandal. Dimaandal received the ball from her teammate Irish Navaja and unleashed a shot from outside the box to draw first blood for her team.

Five minutes after the restart, the Taft-based school doubled their advantage thanks to Navaja’s goal from close range. The veteran winger rebounded one of her teammates’ attempts to tally La Salle’s second of the contest.

The win was then secured at hour mark courtesy of Shai del Campo. The rookie, who had a goal disallowed due to offside in the first half, found the back of the net thanks to Sara Castañeda’s assist.

On a sour note, Maye Mendaño and Mary Rose Obra both received yellow cards for their roles in a short scuffle that broke out between both teams in the second half.

Both schools shall next play on March 20, 2019, at Circulo Verde. UP (3 points) face their neighbours Ateneo de Manila University at 1:00 PM. Meanwhile, La Salle (7 points) compete against Far Eastern University at 3:00 PM.

READ  Ria Nabalan makes history of her own