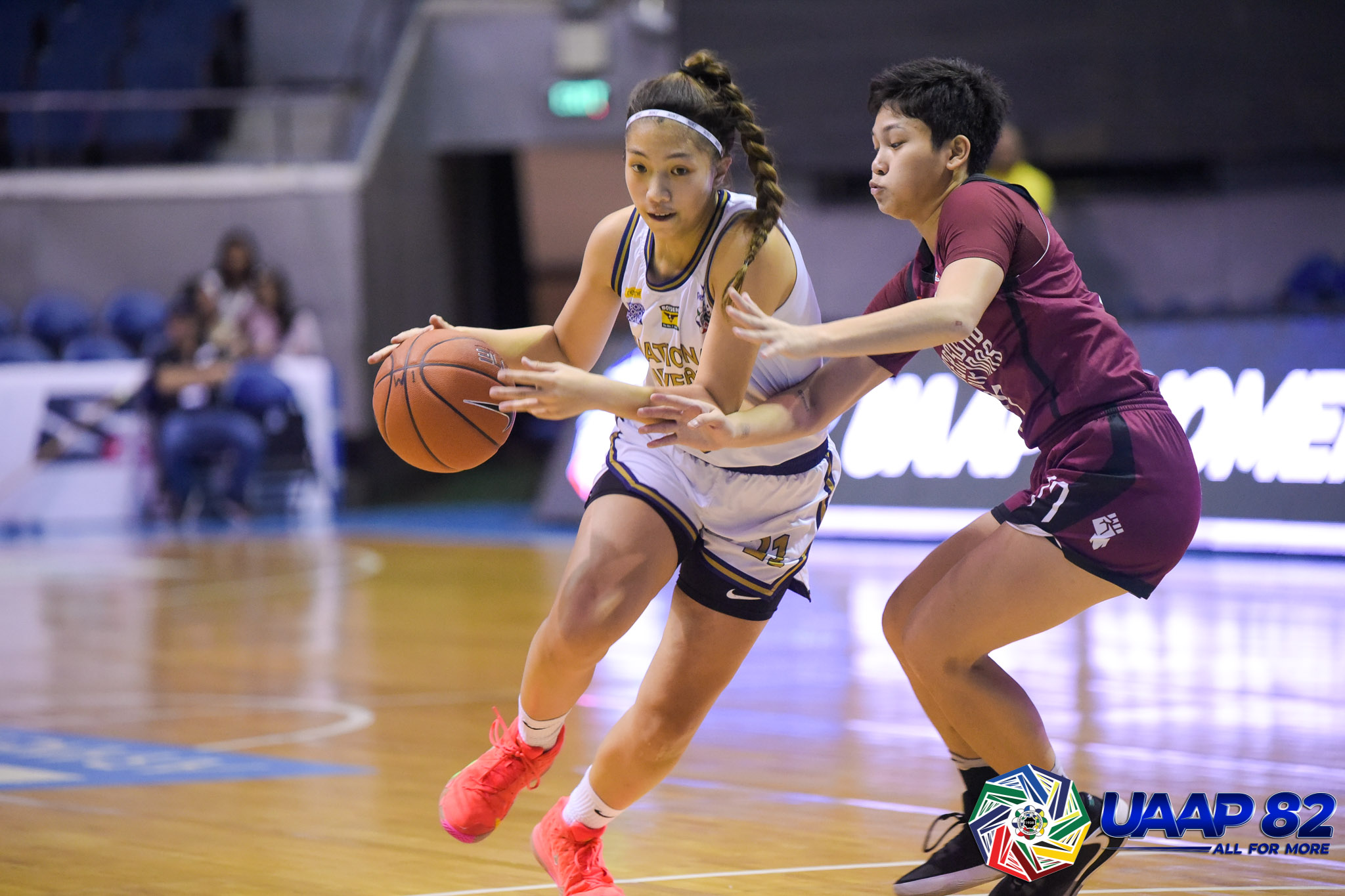 National University manhandled University of the Philippines, 109-33, to stay at the top of the UAAP Season 82 Women’s Basketball Tournament, Wednesday at the Smart Araneta Coliseum.

NU started off hot, going on an 18-2 start before ending the first quarter ahead, 35-9.

That then triggered the avalanche. The Lady Bulldogs led by 36 at halftime, 51-15, before the lead ballooned to 75 points numerous times in the payoff period.

“I’m just happy that ‘yung first group namin delivered from the opening minutes of the game. They had the momentum going and everybody was into our game plan,” said coach Pat Aquino, with him drawing 65 points from his starters.

More than anything, Aquino took solace on the Lady Bulldogs’ bench slowly gaining confidence heading to the homestretch of the eliminations.

“I’m also happy that the second five delivered. They’re understanding that they have to perform and execute the same way as the first group is,” he said, with the bench mob scoring 44 points in the win.