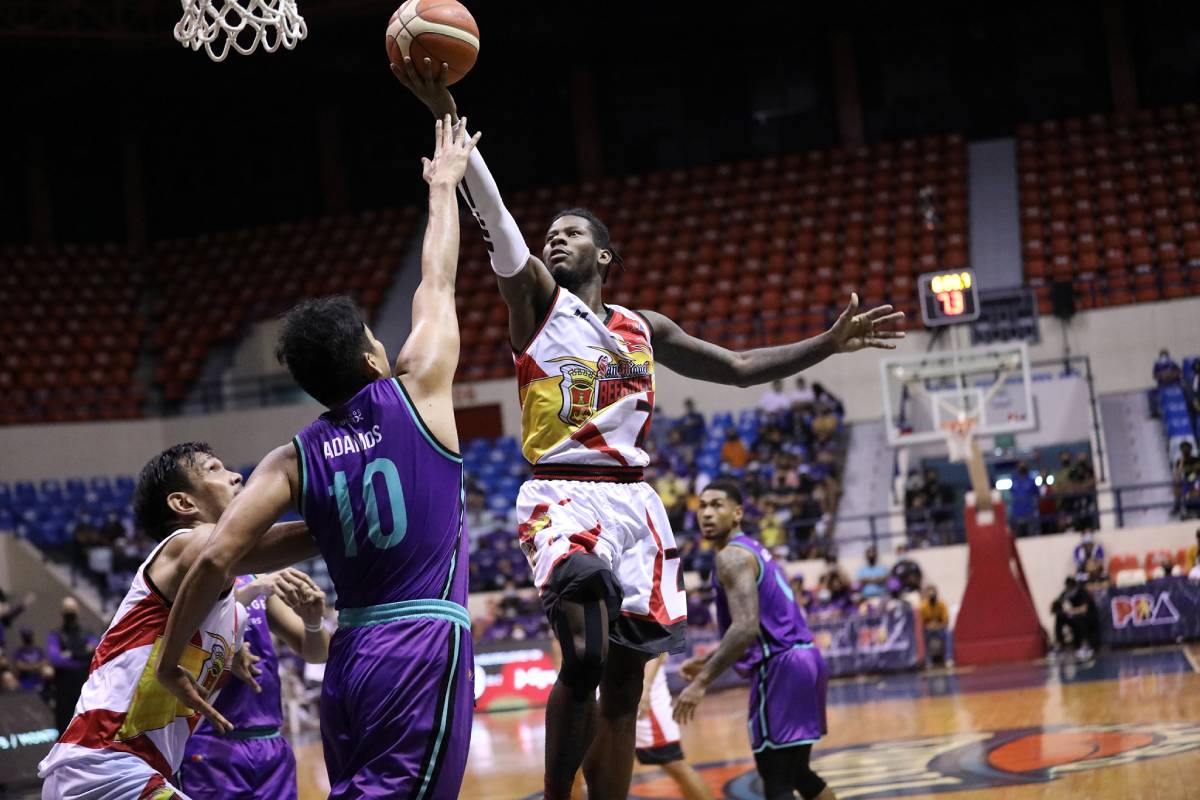 The young star notched his first career triple-double with 15 points, 13 rebounds, and 12 assists as he helped lead San Miguel to a dominant 111-92 conquest of Converge for its biggest win yet in the 2022 PBA Philippine Cup.

He did admit that being guided by the decorated floor general himself, who’s out for weeks due to a right knee injury but still joins the team every game, pushed him to put his best foot forward, leading to the first trip-dub game of the season.

Beermen head coach Leo Austria also tipped his hat to Perez not solely because of the statistical accomplishment per se, but the way he racked up those assists, which is the most he’s had thus far in the tilt.

The multiple-time Coach of the Year called it ‘a sign of maturity’ on the part of the 28-year-old winger, who tallied a total of 14 assists in their first four games.

“I would like to congratulate CJ. Alam natin na he can score, he can rebound, but issuing an assist is a good achievement for him, and a sign of maturity,” said Austria, whose team has now gained a share of the lead with Ginebra.

Perez said that there’s a conscious effort on his part to make his teammates involved — six Beermen finished in double figures in the win.

And so, he’s thankful that the others were hitting their shots, which saw SMB, as a collective, make 52.9-percent of its field goals.