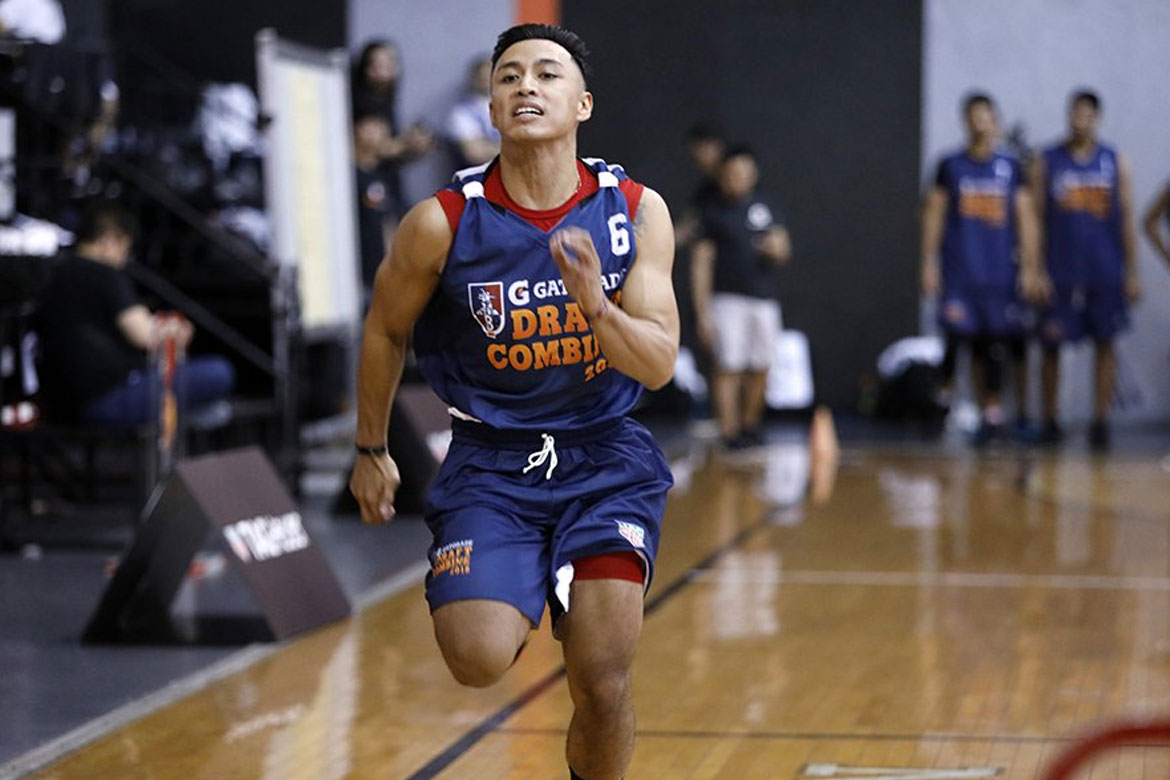 Aspiring pro CJ Isit is hopeful that he was able to call the attention of scouts in the 2018 PBA Draft Combine, where he was a part of the Mythical Team during the event’s culmination on Thursday afternoon.

Isit was part of the Team A-2 that won the Draft Combine’s Final over the Michael Calisaan-led Team A-3, 76-64. The Fil-Canadian guard had a huge mark in the victory, as he made 22 points – including eight in the fourth quarter.

“I hope! That’s definitely the goal.

“But I’m just glad that were able to come out victorious. Thanks be to God for that,” added Isit, who also topped the Reaction Test with 84 percent hits, and the Lane Agility challenge as he clocked 11.2 seconds.

It has been two years since Isit played for the Mapua Cardinals in the NCAA, but that doesn’t mean he stopped in his tracks. The 5-foot-8 point guard has played for Team Batangas for two conferences of the PBA D-League.

Currently, Isit is with the San Juan Knights in the MPBL. And for him, his ongoing stint has helped him grow the most, as he is surrounded by veterans rich in PBA experience.

This year’s draft class is guard-heavy, with CJ Perez, Robert Bolick, and Bobby Ray Parks, Jr. at the forefront. Asked what his expectations are come the proceedings on Sunday, Isit said he’s fine with whatever will happen.

“Honestly I have no expectations. I’m just at peace that I know that whatever happens, God’s plan is always best. I’m just happy and excited,” he said.

But all that he can promise to whichever team will pick him is that he’ll play his heart out whenever given the opportunity. “I just try to play my heart every time I step on the court, whether it’s practice, tuneup, or a game.

“So every time I step out I just try to play to the best of my ability.”