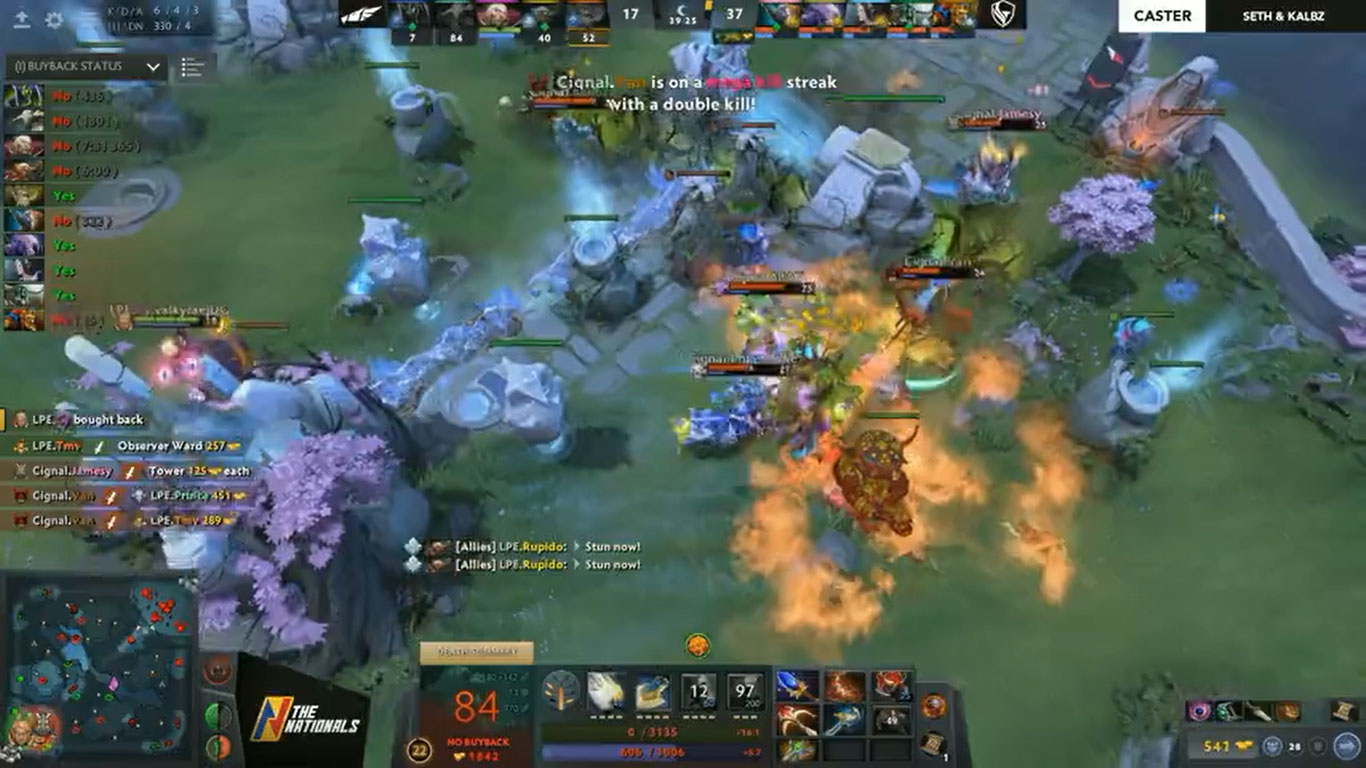 Van spearheaded Cignal’s charge in Game Two, putting up 13 kills, a death, and 21 assists using Batrider. He also had 196 last hits and six denied creeps along with a total gold per minute of 495 all throughout the game.

Meanwhile, Jamesy starred in the opener with his Storm Spirit, finishing the match with nine kills, two deaths, and seven assists along with a total gold per minute of 600 through 255 last hits and 6 denies.

Cignal took the solo lead in the standings with a 7-1 win-loss slate for 10 points. Meanwhile, LPE dropped to a 6-2 standing with nine points – a point behind Cignal.

STI ends at fourth with a 3-3 standing for three points while the struggling Happy Feet came in fifth with a 1-5 standing.

In the other game, Smart Omega scored their first series win after dealing BREN Epro a 2-0 beating.

Shanks set up the table in Game Two for Omega, tallying four kills with no deaths along with 24 assists using Io. Skadi, who capped off the match with a triple kill, had eight kills, three deaths, and five assists playing Chaos Knight.

It was total domination for the SMART-backed squad, finishing with a total of 48 kills compared to BREN’s 11.

Omega moved up to the third spot in the standings with four points through a 3-3 standing while BREN remained dead-last with a 0-6 card.