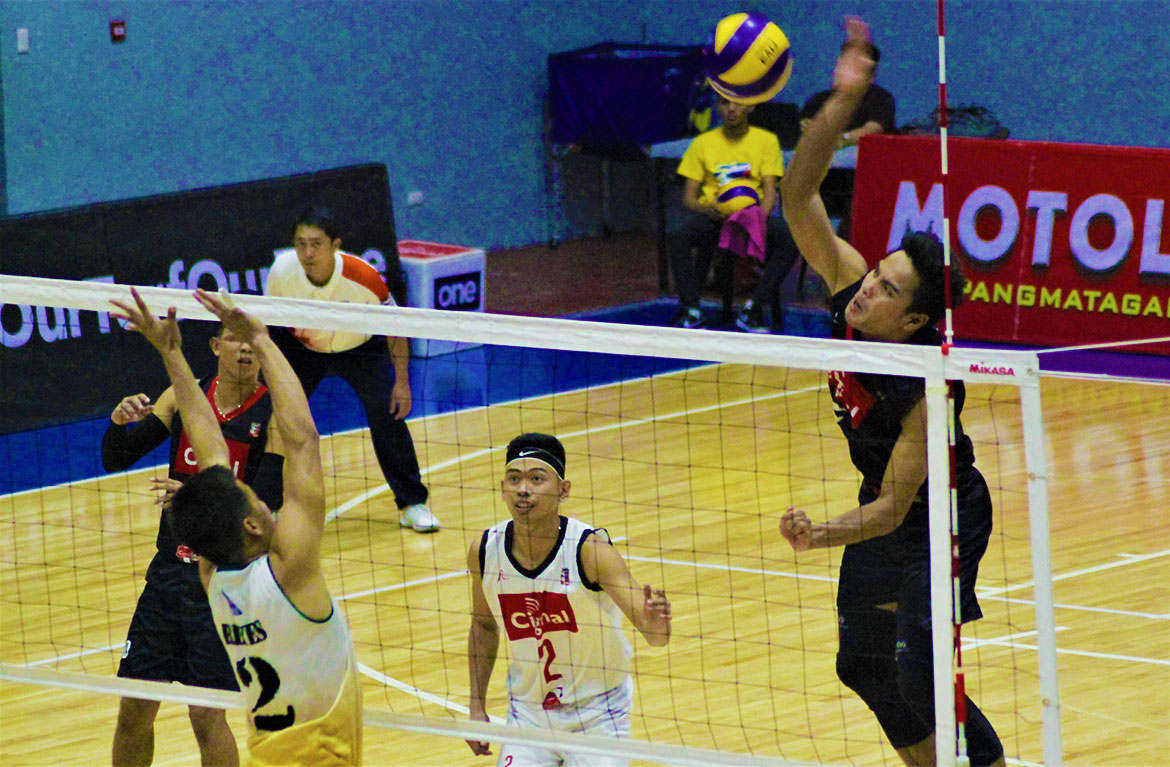 Edmar Bonono and JP Bugaoan sustained their fine play, as the Cignal HD Spikers remained flawless in eight outings after sweeping the Philippine Army Troopers, 25-16, 25-15, 25-21, in the 2019 Spikers’ Turf Reinforced Conference at the Paco Arena, Manila on Sunday.

Bonono dropped 10 markers on six attacks and four blocks. Meanwhile, Bugaoan and Marck Espejo added nine and eight, respectively, to keep Cignal at the top of the standings with an 8-0 win-loss card.

PJ Rojas fired 10 points on nine attacks and an ace for Army, who slid at 5-3 which ties them with Sta. Elena. 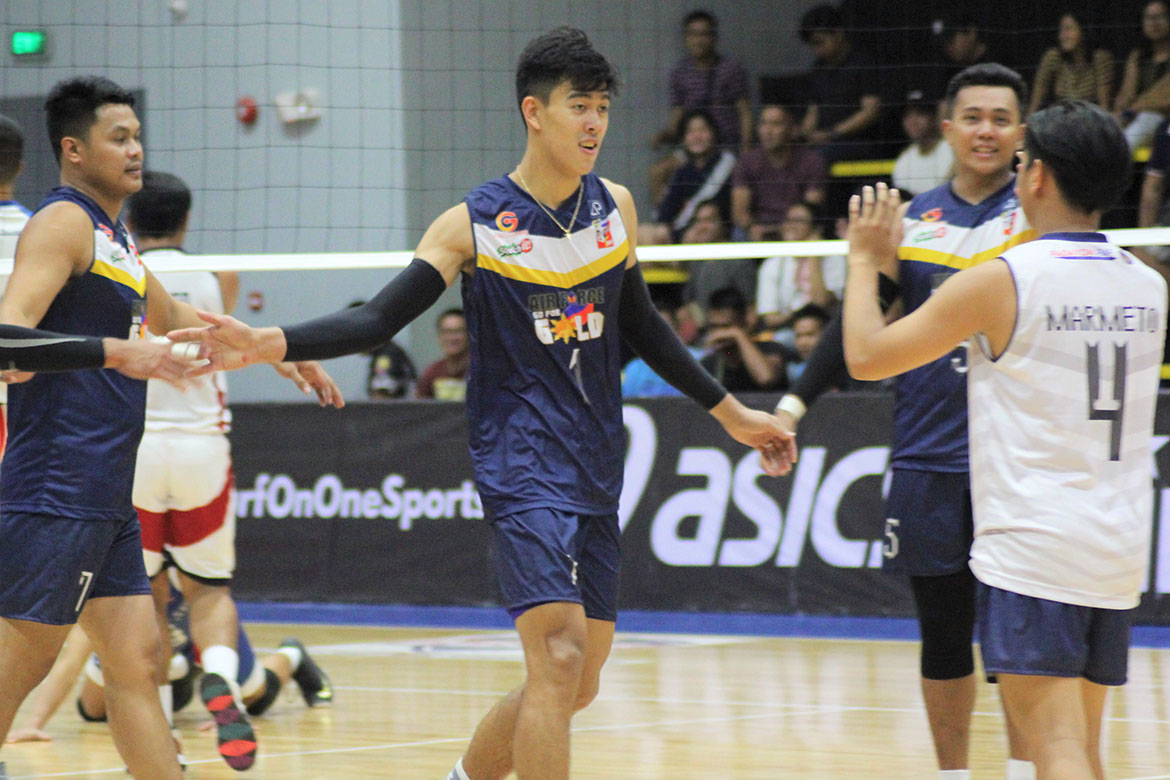 Later in the day, Bryan Bagunas solidified Go For Gold-Air Force Jet Spikers’ hold of the second seed after a three-set rout of the Philippine Navy Sea Lions, 25-15, 25-15, 25-23.

After dominating the first set, things got a little chippy for Air Force when they trailed Navy in the initial part of the second stanza. Kim Malabunga gave the Jet Spikers their first lead with a block and a kill, 15-14.

It was all Air Force from there, as Malabunga’s two consecutive points turned into a 12-1 run for the Jet Spikers, who then booked a two-to-none lead.

Down by six points in the third set, 18-22, Kurl Rosete converted a kill that powered a 5-0 run to cut Air Force’s lead to one, 23-24. Malabunga then came through again for the Jet Spikers and slammed the doors shut for Navy with a quick kill.

Bagunas paced the Jet Spikers with 19 points built on 15 attacks, two blocks, and two aces. Ranran Abdilla and Malabunga chipped in 15 and 10 for the 7-1 Air Force.

Meanwhile, Greg Dolor scored nine markers for Navy, who tied Animo at the sixth spot with a 4-4 standing. 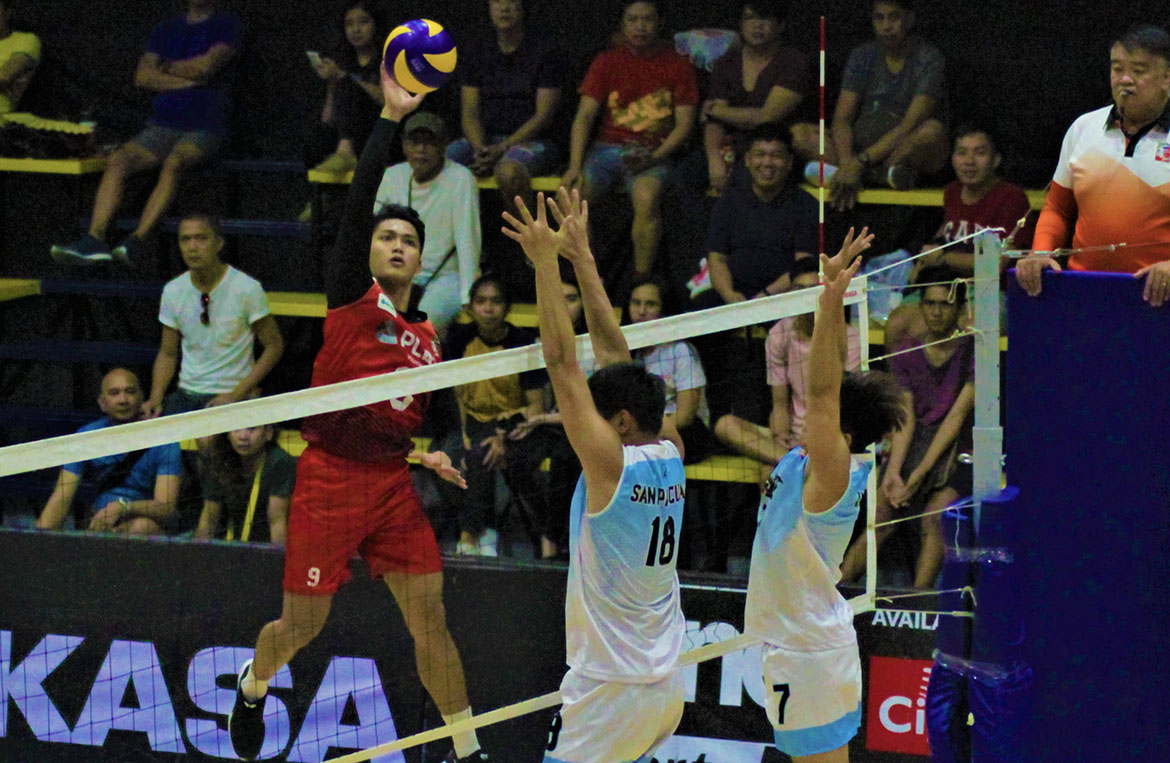 Pao Pablico fired 13 points on ten attacks, two blocks, and an ace. Mark Alfafara added 11 points on eight attacks, two aces, and a block to forge a two-way tie with Rebisco-Philippines at the third spot.

On the other hand, Tony Koyfman scored 13 points for the 2-6 Griffins.