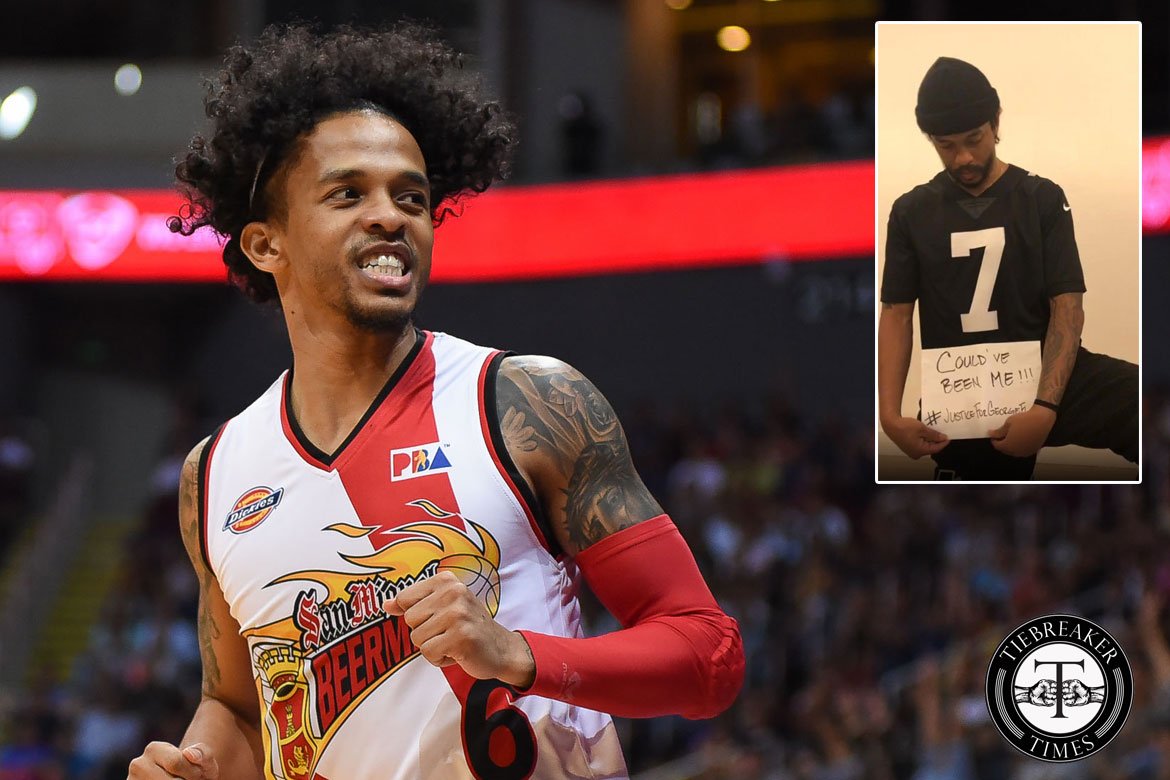 Last Monday, several PBA players sent out a strong statement in the wake of George Floyd’s death at the hands of the Minneapolis Police.

Videos circulated online showing that white policeman Derek Chauvin knelt on the neck of 46-year-old Floyd, which resulted in the former’s death — and sparked massive protests all over States.

In line with the message that they sent out on their social media platforms, Norwood, Ross, and Carey all shared their personal experiences dealing with racism in the 2OT podcast hosted by broadcasters Magoo Marjon and Carlo Pamintuan last Tuesday.

“We all have stories similar and we are all luckily here to be able to speak on it. We’ve all had experiences no matter the walk of life. We can’t avoid it,” said Norwood, who was born in Fayetteville, North Carolina.

“We go home, we go on vacation and see our family stateside. And me, I don’t go out that much when I go back to the States. I don’t wanna put myself in a situation like that and it shouldn’t be like that. It shouldn’t have to be like that no matter where you are.”

The recent death of Floyd hits closer for Ross, who also had a run-in with the uniformed men during his time in the States. And being half-American and half-Filipino certainly did not help his case.

But what hurts the most for the San Antonio, Texas-native was the death of his close friend.

“But for me, it hits home because I’ve had guns pulled out on me by police officers, and I’ve had a close friend of mine killed by the police, so this hits home for me.”

Carey, whose father was member of the Black Panther Party back in 1966, shared one of the toughest things he had to do in the wake of these protests – explain everything to his son. But just as his dad did for him before, the TNT enforcer made sure to leave no stones unturned.

“I just try to be as honest as possible.

“Just educate and give them background on racism, and where my son’s grandfather was from and how he was treated back then, how he still survived and overcame those obstacles. I just didn’t sugar coat anything and just try to instill love in him,” said Carey.

The three hope that current events can help open the eyes of the people not just in the United States, but all over the world who are blinded by racism.