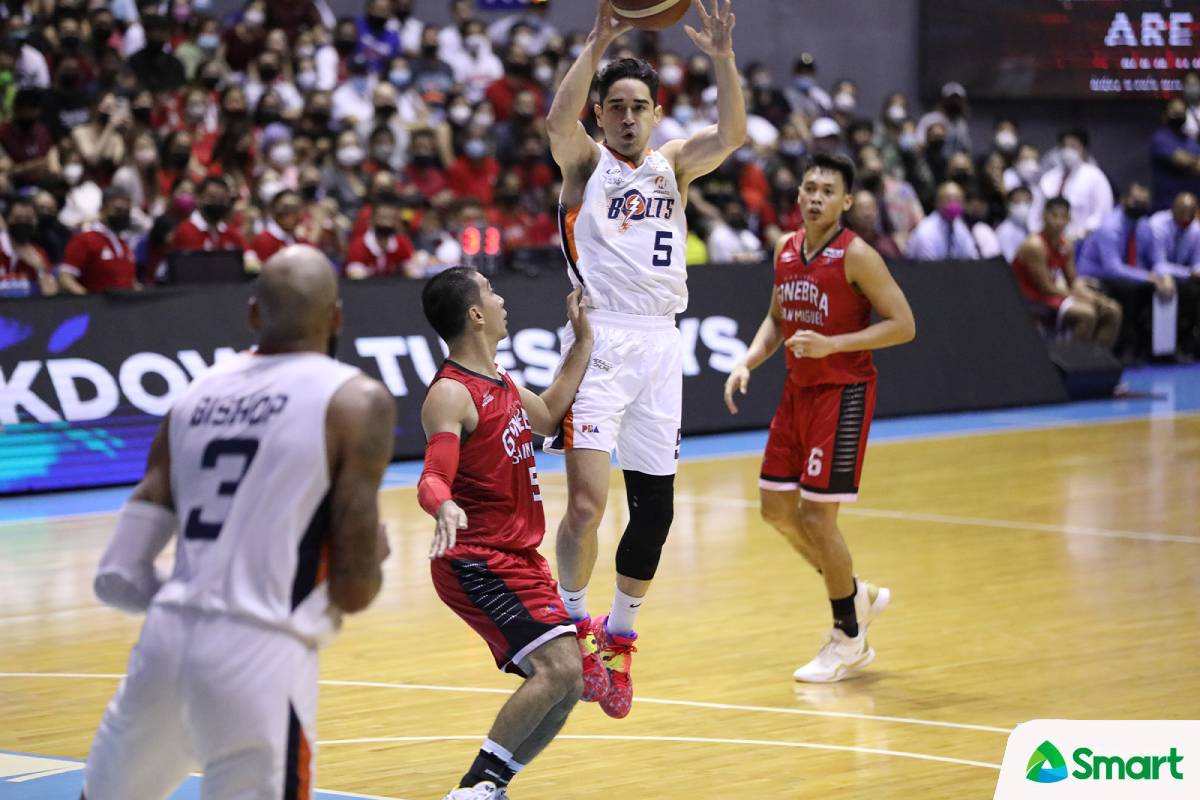 Chris Banchero said that he feels at ‘a hundred percent’ after seeing action for Meralco in Game One of the PBA Governors’ Cup Finals, Wednesday night.

The 33-year-old was doubtful to suit up for the Bolts in the series opener opposite Ginebra due to the injury he suffered in the semis. But those doubts dispelled when he subbed in at the 3:07-mark of the first period.

He went on to finish with two points, six assists, and four rebounds in nearly 15 minutes of play, helping the Bolts to the 105-91 win for the 1-0 lead.

“I’m healthy, I’m good to go,” said Banchero moments after the match at the SMART Araneta Coliseum. “It’s been a long conference. Everybody’s kinda got injuries here and there, but it’s the Finals. There’s not too much to talk about.

“I’m a hundred percent. Like I said, it’s the championship, there’s not much more to talk about,” added the seven-year veteran.

Of course, Meralco head coach Norman Black was glad to see his prized floor general suit up after missing practice for weeks.

“I’m so happy that he was able to get out there on the basketball court,” he said. “He still hasn’t practiced in about three weeks. So it’s amazing that he can go out and play like that without any practice time.

“But just having his presence out there, he’s a very good player offensively. He can handle the ball really, really well. Offensively, he’s solid, so it gives us a big lift whenever he’s on the court,” added Black.

Banchero was indeed happy to see the Bolts register the victory, but would rather remain grounded since they’ve only won one game.

“Everybody did what they had to do. But like we said when everybody was in the locker room, this is only Game One. We got a seven-game series,” he said.

“We know that they’re gonna come out even tougher than this game.”